She's looking for my balls.

On any given day, there are fewer and fewer things I absolutely believe in. But one thing I will always go to bat for? Context. In life, the circumstances surrounding our actions and decisions do indeed matter. And when watching a movie, I believe context is even more important. It's f--king everything. 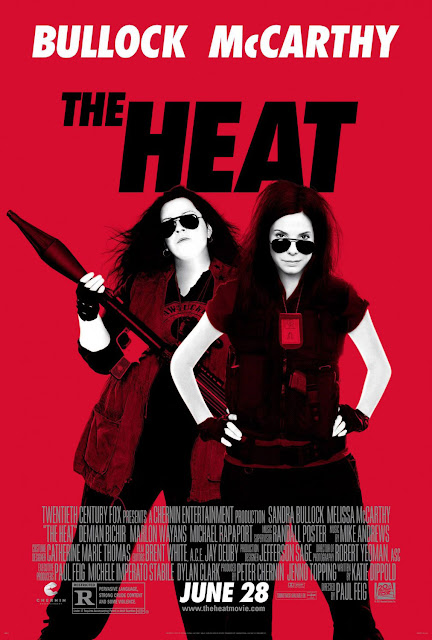 The Heat is probably a terrible movie. But in the context of a night out with my super pregnant wife? It was damn near perfect. Shorter than anything else in the theater we hadn't already seen (fine, shorter than anything I'd already seen), it worked logistically. More importantly however, it was, for us, on that day, f--king hilarious.

Yeah, you read that right. I know, I know. I saw the same awful trailer you did. Probably twenty times. And each time, I covered my eyes at the mere thought that Bullock and McCarthy would squat over society's chest, and pinch off the same shit they've been churning out for years. But trust me, even though I initially wanted to absolutely hate the shit out of it, I ended up powerless against it. The only reason I can muster? F--king McCarthy.

Early on, things didn't look so good. The only four words more cringe worthy than female buddy cop movie are likely beans above the frank. And as the movie got started, I began to settle into my misery. Each actress was doing their thing and the script seemed impossibly lazy with an over-reliance on f-bombs to be even remotely funny. At this point, I was literally hoping to get caught in my own zipper and excuse myself. All I could think was, f--king shit.

But then, shocking no one, Bullock's Agent Ashburn finally comes face to face with McCarthy's Det. Mullins and I was done. McCarthy is so f--king mean to Ashburn, I had to smile, even if just a little bit. But here's the thing, she never, ever lets up. There might be a misguided moment or two of humanity, but otherwise she is the biggest f--king bitch to anyone who dares breathe the same air as her. She is like a f--king shark, but instead of razor-sharp teeth, she's all insults and graphic death threats. If you can't stand her, this will drive you into an air-punching frenzy. If you're like me, and find her rather hysterical, then it's pure gravy. Calling the script lazy would be a compliment. It becomes increasingly obvious, McCarthy's completely winging it. And almost every scene ends with some version of the same line: I'll f--king kill you.


While McCarthy remains a constant force of hate, Bullock's Ashburn actually gets to grow a little, even if it's the same arc that Miss Congeniality explored years ago. Bullock is always likable, and here she's as attractive as ever. Watching her finally loosen up actually provided some laughs, too. Especially the scene in the diner. Good God. My wife actually had to look away. I didn't need to though, as my eyes were full of tears. F--king tears.

You also might want to look away from the Yays and Boos, while you're at it. Like I've said, this is probably going to be an awful movie on second watch, and we might gush a little down there. 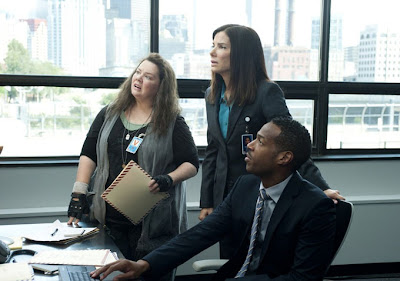 Booooo!
A couple of months from now, Redbox this flick for a buck. Pure yourself some drinks, microwave some popcorn, and fire this one up. Think back to me, and how I enjoyed this with my very pregnant wife, that night in the theater. Then think of the current me at the exact moment you press play. In your quiet house. With perhaps another adult sitting next to you, requiring nothing outside of a refill perhaps.

Email ThisBlogThis!Share to TwitterShare to FacebookShare to Pinterest
File this under Rony Seikaly's former team?