You have never been a more endangered species than you are at this moment.

When a major Hollywood studio remakes something that people consider a classic, it's supposed to end up some soul-less cash grab that everyone rightfully hates.

And when that wholly unacceptable remake features live-action talking CGI-animals that occasionally break into song? We're supposed to collectively jettison the entire project to the darkest depths of movie Hell, and pray it stays down there for at least twenty seven years.

These are the rules, and it's foolish to even question them. 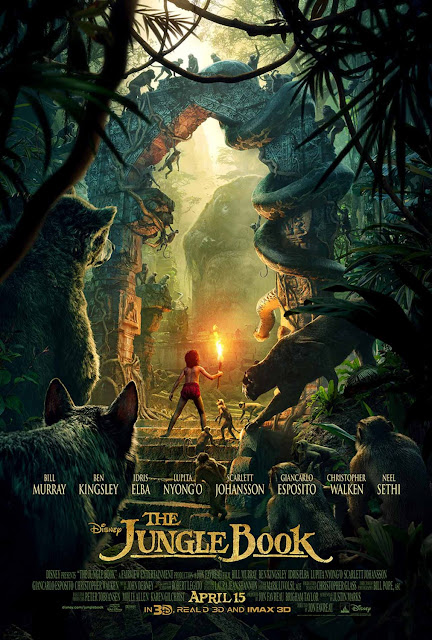 Jon Favreau's The Jungle Book is really, really good. So good in fact, it's sure to only have the powers that be crank the Live-Action Regurgitron 5000 to eleven and churn out the remakes at warp f--king speed. But if they're as good as this one? Well, go ahead and pencil me in for whatever's coming next.

(Uh, after Beauty and the Beast that is...as the Beast looks like a Saint Bernard had sex with a goat in the Upside Down.)

You know the story, but here goes, anyway. Young Mowgli was left alone in the jungle as a toddler, only to be rescued by a panther and raised by a pack of wolves (an origin story that probably describes a quarter of my previous students' upbringing). He's doing well as the only man-cub in the jungle, but unfortunately, the times they are a changing. A mean-ass tiger named Shere Khan shows up, and doesn't exactly want a human at the top of Pride Rock. So, Mowgli's got to go.

While his wolf-mom's not too hot on that idea, it's in the best interest of everyone. And on the way out of town, that nasty tiger shows up (out of nowhere, my goodness!), and attempts to kill the kid, but the super-rad panther Bagheera holds off Kahn long enough for Mowgli to tumble away on the Wildebeest Express.


Yoda may be pissed at me, but I was certainly craving excitement and adventure, and The Jungle Book heavily delivers on both fronts. I don't think I ever fully saw the original cartoon (it always looked boring), but if it's half as charming and engaging as this one, then I would consider it a must see. Or maybe I'll just watch Favreau's flick again...

The jungle (though it's bit more like a forest, if you ask me) is brought to life so wondrously, you almost have to see it twice to take it all in. I imagine it would have blown my mind to have seen it theatrically, but the technical wizardry still dazzles on the small screen. And if there's something better than the visuals, it's the voice-cast, where a host of celebrities take turns kicking-ass bringing giant CGI creatures to life.

Speaking of fake-things that may or may not excite you, here are the Yays and Boos. They don't have a voice, but if they did I imagine it would sound like a prepubescent buy riding a rusty bicycle with the seat missing. 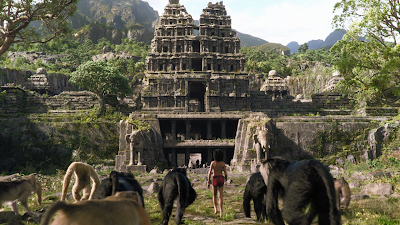 Unfortunately, like any American right now, everything I do or see, even totally unrelated and for fun, seems to occur with the shadow of the 2016 Presidential election looming in the background like the f--king Babadook. Watching The Jungle Book was no different.

See, this film's success is obviously going to unleash a deluge of live-action remakes, right? And honestly,  I can't wait to see what's going to happen next...


...while preemptively shuddering at the possible results. Because no matter how it goes...

Email ThisBlogThis!Share to TwitterShare to FacebookShare to Pinterest
File this under Welcome to the Jungle