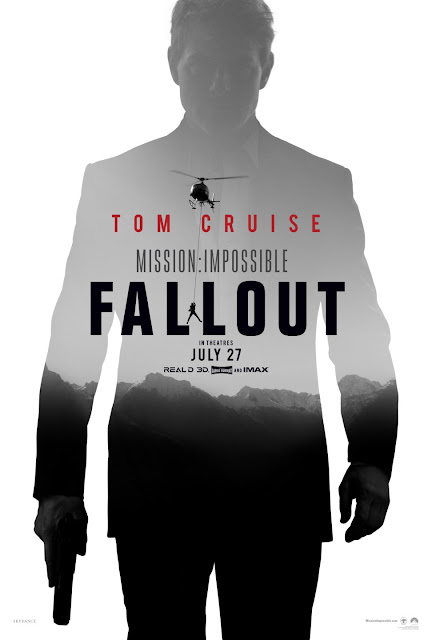 From there, it's as my main dude Dell so eloquently puts it, an awesome movie with awesome stunts. Indeed, just like you've probably heard more than once, uh, a few weeks back, Fallout is as good as everyone says it is. Director Christopher McQuarrie's latest M:I flick is full of bananas action that unequivocally demands to be seen on the big screen, even if MoviePass wouldn't allow it.

Clearly, I can't be trusted, but if this isn't the best movie of the summer, it's top two at least. I mean, Uncle Drew [review] was pretty much mind blowing, sure, but the extraordinary effort that Cruise and McQuarrie put into these flicks f--king jumps off the screen. Damn near literally. While the plot gets a little murky at times (still not sure why the White Widow really needed to be involved), the cast is more than game and the stunt work is unmatched. And who knows, maybe it'll win an Oscar this year. I mean, it's got great hair and gets good grades. Oh, and I also heard it might be dating the pretty cheerleader, you know, the one running for student council president. So, fingers crossed.

Speaking of things that didn't need to happen, here are the Yays and Boos. I really wish I could remember what the Hell happened in this movie, but my summer brain works about as your phone does when you put it into power saving mode. Yeah, it's on, but it's so f--king dim I'm not even sure it's really working.

I guess I need to walk back my hate for the kiss-thing don't I? If I'm cool with saving your friends instead, I guess making out with your girlfriend should be okay, too? *considers it*

Nope. Still can't do it.