Before we get started, does anyone want to get out?

I'd partner up with the weakest of the bunch, call a guy I met a week ago, and take care of it with them. 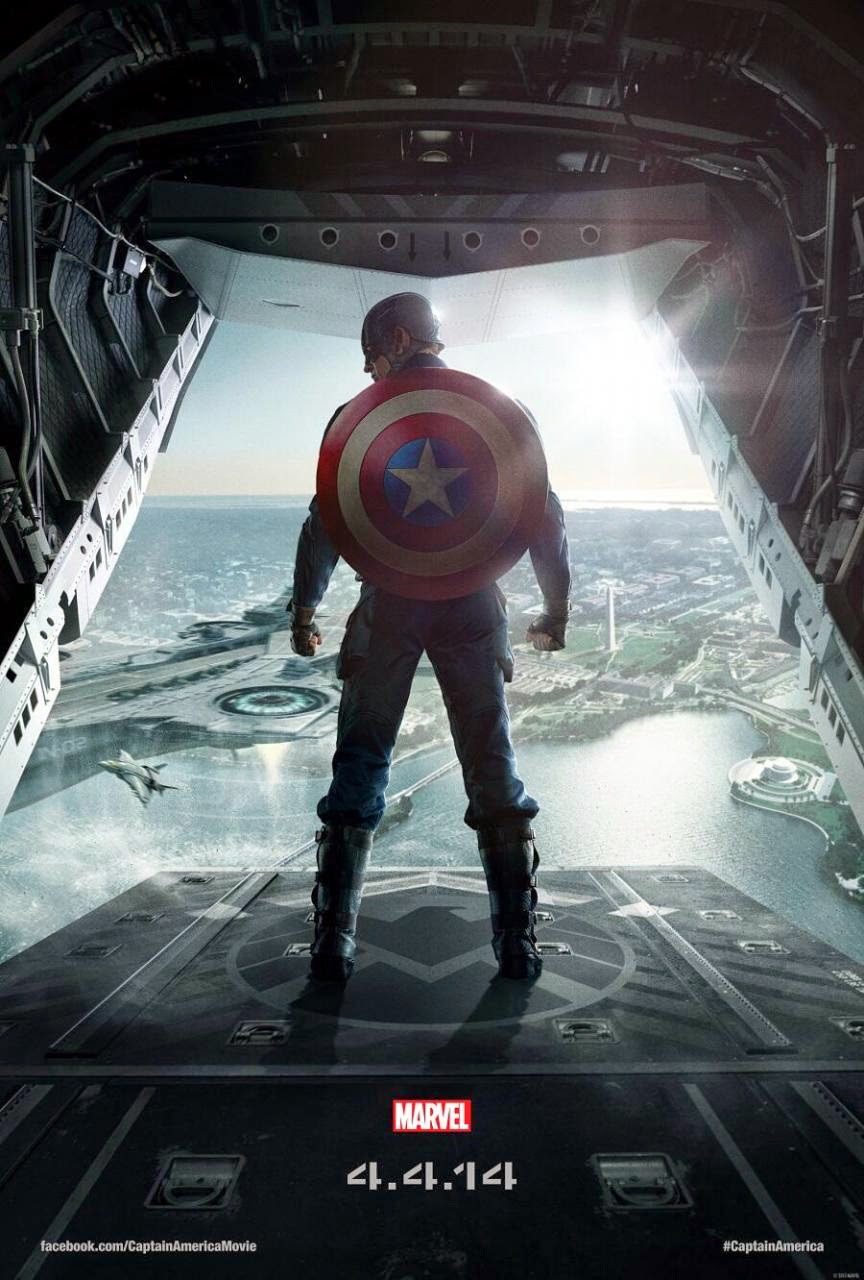 I really wanted to love Captain America: The Winter Soldier. I did. The early buzz painted a picture of some sort of cinematic masterpiece, besting many, if not all, of the previous entries into the the Marvel Universe. And while I enjoyed the film enough, I'd like to go on record with a simple five word response to the unanimous praise heaped upon Cap's incredibly broad shoulders. Are you f--king kidding me?

The Winter Soldier tells an impressive story about a dark force buried deep within the core of S.H.I.E.L.D. It turns out no one can be trusted, and this sinister group has plans on killing as many as twenty million people worldwide. Turns out they tried to cleanse the world by force some time ago, now the plan is to have the masses ask for it. Honestly, this entire angle was pretty cool.

Also overwhelmongly positive, would have to be the cast. Anchored by Chris Evans and Scarlett Johansson, and featuring newcomer (to the 'verse, anyway) Anthony Mackie as Falcon, I enjoyed the second look at Cap and his crew. Each member of this likable trio delivers a solid, if slightly unspectacular performance. They all look the part, seem to be enjoying themselves, and most importantly, kick enough PG-13 ass to please the masses. Sounds good so far, right?

Oh, so it's the villain, right? He sucks, doesn't he? Actually, no. The Winter Soldier, outside of his silly name and one Heineken-sponsored robotic arm, is actually pretty cool, too. While his backstory meant nothing to me, I could still appreciate his brand of ruthless killing. In fact, the idea that he doesn't really say anything actually added to his appeal. Loki can talk all he wants to because he f---king sounds awesome, but most villains are simply way too prone to long-winded douchery. Save your speech for the hero's corpse, bro. Otherwise, it can get ridiculous.

So, hold on. Let's check the scoresheet. Good story, good cast and a solid villain? Check, check, check. So what's not to like? Outside of it being a tad too long, and a bit too serious, not much. It's a good flick. Just don't go into the theater expecting greatness, but worse, don't leave the theater nerd-boner in hand trumpeting Best. Movie. Ever! Because you're gonna feel silly about that later. Trust me.

Who you can't trust, are those silly twats the Yays and Boos. Those two still secretly think the second Thor movie [review] was way better than this one. Don't bitch to me, I just type shit up for them. Fingerless a-holes.

Yaaaaaaaaaay!
Booooooooooo!
I really don't want to belabor it, because I did the same thing in my Iron Man 3 post, but seriously, why don't these guys ever call on the other Avengers? Thor gets a pass because he's from another dimension, but why not dial up Bruce Banner? Hell, what about Hawkeye? That dude ain't doin' shit (outside of pretending to be a mayor in 1970's Jersey). I'm sure he wouldn't mind lending his magical bow. If these movies are going to be based in reality, then it only makes sense, right? Oh, but you're saying it's a comic book movie, aren't you. And that I should probably calm down, huh?

Fine. But only if you best movie ever guys do, too.
Posted by m.brown at 2:01 AM

Email ThisBlogThis!Share to TwitterShare to FacebookShare to Pinterest
File this under Bustin' Caps in Yo Ass