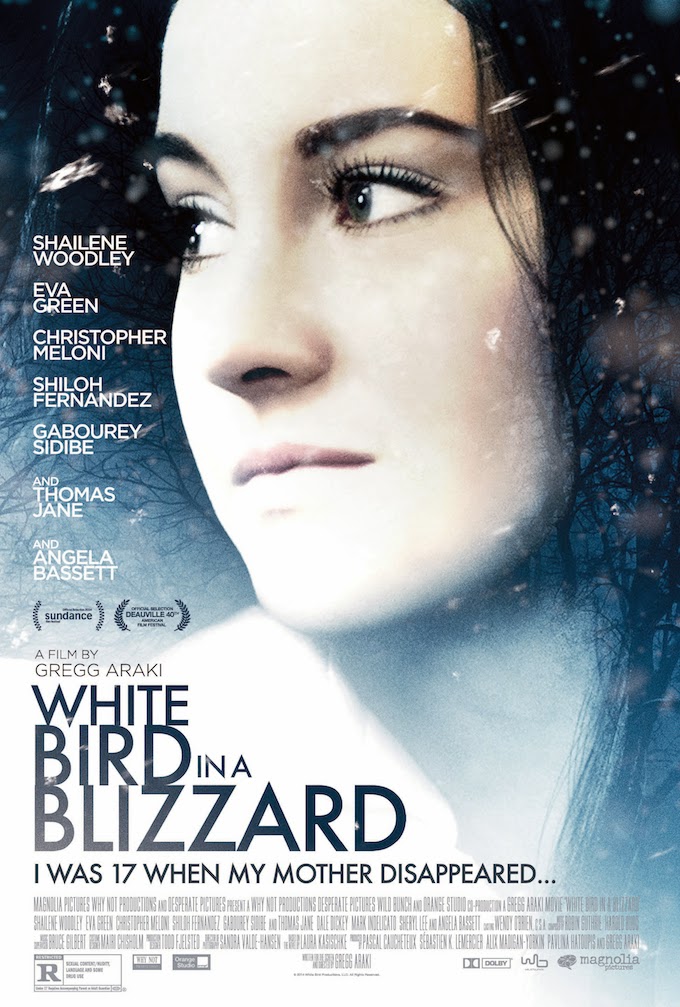 While the mystery of Eve's disappearance bubbles under just about every scene, this is the Shailene Show top to bottom. I wasn't quite sure if her Kat really gave a shit that her mom was gone, or was simply playing it off, but her unraveling is an interesting watch. Sure, it doesn't hurt that she Woodley drops trou on more than one occasion, or that Green plays her part like the dubbed matriarch of a Spanish soap, but I was engaged nonetheless.

There was a subplot or two I didn't really give a shit about, and the finale was sort of like the final minute of Enemy [review] (though this hairy creature had six fewer legs), but overall I'd say it's worth checking out. I got the heads up from Brittani over at Rambling Film, and if you can't trust her, well...there's pretty much no hope for you as a person.

Also hope-free, are the Yays and Boos. They once thought that my wife had disappeared without a trace. Turns out she was at the grocery store, picking up a few things. Apparently four hours is a reasonable time to complete such an endeavor.


Yaaaaaaaay!
Booooooo!
Like Kat, I guess there's a part of me that is happy to have my high school and college years behind me. My mom never disappeared, which is a plus, but I had my share of ordeals to overcome. I'm glad we both made it out. Personally, I'm also psyched to be well beyond that time in my life spent being an immature, sex-obsessed a-hole.

For the record, that last line sounded much better in my head, too.
Posted by m.brown at 11:36 PM