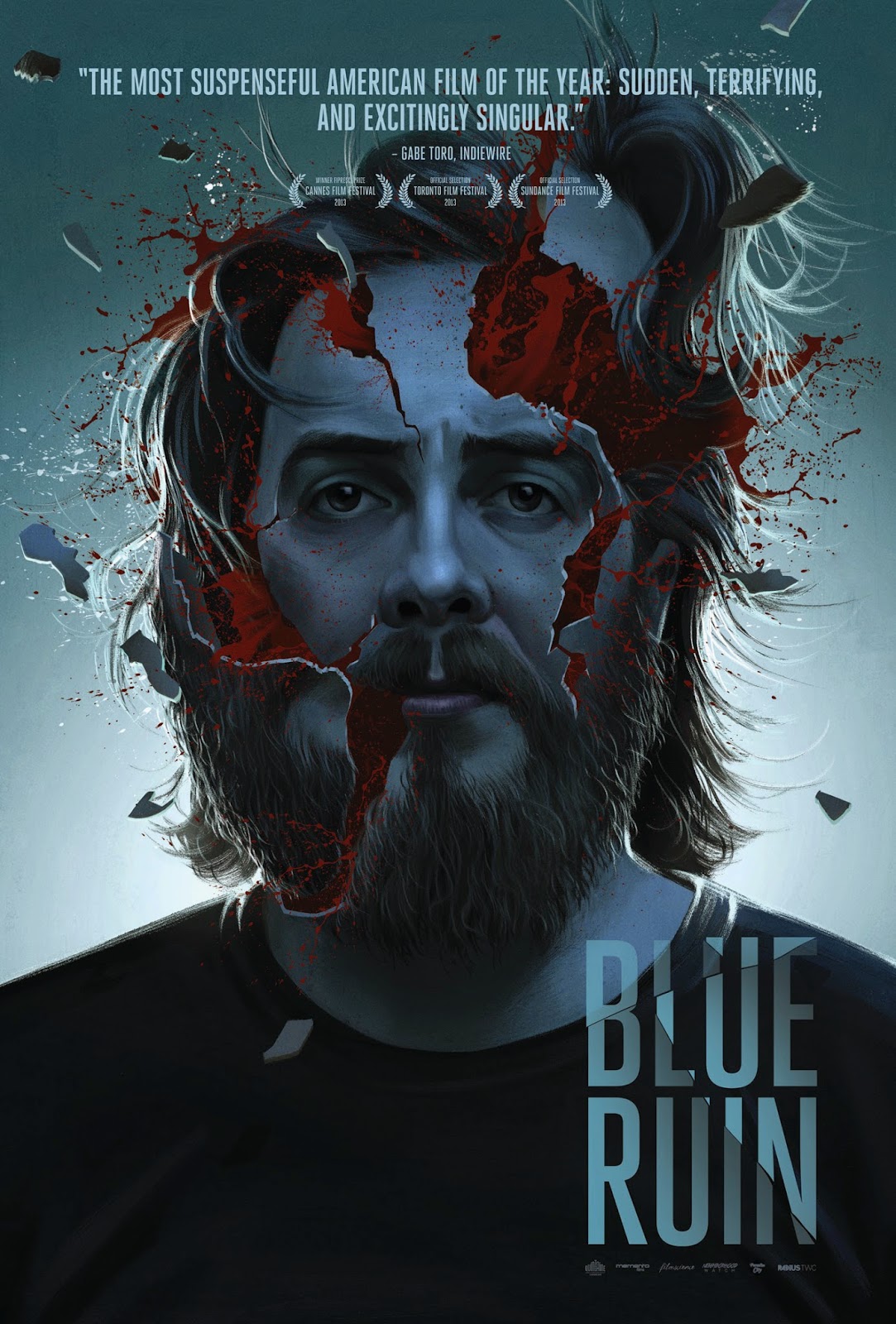 Often revenge flicks exist in a fantastic world, which while thrilling, in hindsight, somewhat detracts from their effectiveness. Oldboy, one of my favorite movies ever, has such an elaborate setup - it's hard to imagine Oh Dae-su actually ensnared in that plot, let alone some schmuck like me. John Wick [review] was a f--king excellent new-school revenge flick, but we're one three-tittied hooker away from that one being set on another planet altogether. Even the aforementioned Big Bad Wolves veers into fantasy with the amount of torture that poor bastard endures. Goodness. Anyway, Blue Ruin, on the other hand, while taking place in Virginia, could take place just about anywhere. It's so grounded in a depressing reality and so crushingly deliberate, it feels shockingly plausible. And it's that brutal authenticity that made me not only stare at the screen, but it's also what made me turn away, too.

Speaking of turning your back on something, here are the Yays and Boos. We actually started this one with the Mrs., but after watching half of it with her eyes welded shut, she just gave in and went to sleep anyway. But when she awoke, to her credit, she needed answers. Badly.


Boooooooo!
I think it's safe to say that I'm never going to go on a revenge spree like you'd see in the movies. Oh, I'm not saying I won't be wronged in my remaining days, it's just that I'm not really a man of action, you know. I tend to let things go. So when I don't call the cops? Chill the f--k out, man. I've got a family to take care of.

Unless I don't. 'Cause if movies have truly taught me anything, then we're both f--ked.
Posted by m.brown at 12:23 AM

Email ThisBlogThis!Share to TwitterShare to FacebookShare to Pinterest
File this under Buzz Right Here