I was supposed to be happy.

A couple of years back, I was walking my dog, Dodger, and not all that far from my house...we encountered a woman. Have you ever seen someone coming toward you, and just known, like for certain, they have something to say to you? Well, my spider-sense was certainly tingling, and as this possibly seventy-year-old woman addressed me, I knew something wasn't right.

Do you know where North York is? Is this the road to North York?

Look, I really wasn't sure what the f--k direction either of us were walking in, but I was pretty sure, either way, she wasn't headed in the right one. As we stood there, uncomfortably close, ol' Dodger (though he was Young Dodger back then) started to get antsy. Whether he wanted to keep on keeping on, or continue his familiar sniff-pee ultimate combo, I started to worry somebody was going to get upset (or bitten). Quickly, I apologized, and yanked my dog away from this old woman.

And as I walked away, instantly I knew I'd f--ked up. I should have helped her (even though, no lie, I imagined taking her into my house and she absolutely goes Reverse Underwater Spider and screams and crawls up the walls backwards). I turned to call to her, and yeah, you guessed it... 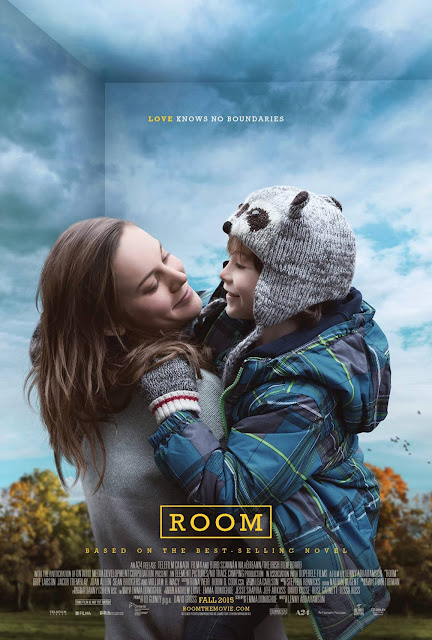 At first glance, the soul-crushing film Room, from director Lenny Abrahamson, has little do with my pointless anecdote, outside of one very intense moment. While I'd rather not spoil it for you, for the thirty seconds I could actually function as a person during this film, it was all I could think about. That was, of course, when I wasn't holding back an endless stream of guttural sobs.

Winning an Oscar for the role, Brie Larson plays Ma, a woman confined to a very small room... somewhere. Always at an arms-length away is her son Jack, masterfully realized by the tiny force of Jacob Tremblay. Together they are utterly alone, with a tiny skylight hinting at the season, and bad TV hinting at everything else. It's just about the worst situation imaginable, but Ma and Jack are making the best of it.

That is until Old Nick shows up, a night-time visitor to Room interested in only one thing: having sex with Ma. Apparently he provides for our downtrodden pair, but just enough to keep them alive. He blames layoffs at work, but it's all too apparent that Old Nick ain't right in the head. In fact, this whole situation is beyond f--ked up, and after five years of it, Ma decides it's time to get the Hell out of there. Her plan is fairly straightforward, but entirely awful. 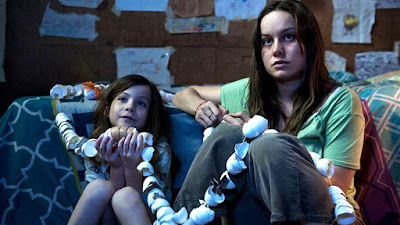 Without the slightest semblance of hyberbole, Ma, after five years of living like this, is going to risk absolutely everything she has. And while her life may not have been on the line, I sure as shit thought that mine was. The moment her master plan started, fully coincided with my heart stopping.

Yeah, it might only be because it's fresh in my head, but let me be clear: few films have devastated me like this one did. My wife and I hadn't seen a movie together in weeks, and where I thought this one might keep her awake and be worth talking about, we could hardly look at each other the whole time it played. In fact, I don't think we said a single word during Room's two-hour runtime, outside of that sound you make when the lump in your throat forces you to take a deep breath (or yawn) simply so you don't stop breathing. And neither of us could sleep afterward...and that's some kind of f--king record, trust me.

Who you shouldn't, ever, are the Yays and Boos. They're going to spoil the Hell out this one in a minute, so if you haven't been stabbed in the heart with a rusty knife seen Room yet, best keep it moving. And if you have seen it...um, can I get a hug? Please?


Yaaaaaaaaaay!
Boooooooooo!
So, quickly, let me finish my story. The lady disappears and I continue on walking Dodger, thinking about her the whole time. What if that was my (possibly lost?) grandmother? What would I have wanted someone who came across her to do? And as I rounded the last turn, bag of dog poop in hand, and headed back to my house, of course...there she was.

Sitting in the road.
Blood streaming down her face.
With a crowd of people around her.
And an ambulance on the way.

She was okay, ultimately, but I never forgave myself for not helping her out. Room shows us that we should always help, consequences be damned.

Email ThisBlogThis!Share to TwitterShare to FacebookShare to Pinterest
File this under The Walls Around Us