This is not a time to celebrate.

Outside of my nephew, I don't really get the chance to talk to high school kids all that much, and to be quite honest, I'm more than okay with that.

Typically, they're either shiftless drifters or goal-oriented weirdos, inhabiting each end of the almost adult spectrum with inherent cluelessness. The slackers don't care how much they don't know while the go-getters are certain they know everything. Either way, as an adult, you're either pulling teeth to get them to talk, or pulling your hair out hoping they'll shut the f--k up.

And even worse, is knowing that at one point in your life, you were just like them. 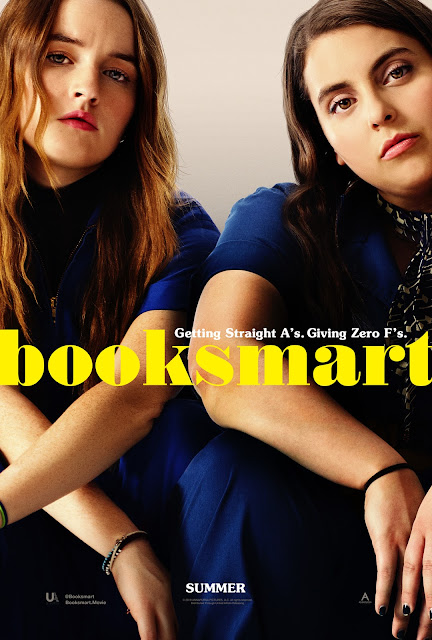 While I wasn't outright slayed by Booksmart like I assumed I would be, instead this flick is the comedy equivalent of a death by a thousand cuts. Consistently hilarious (and at times, just f--king brilliant), this coming-of-age flick features amazing performances top-to-bottom, but with especially killer turns from leads Kaitlyn Dever and Beanie Feldstein. And in the crowded sub-genre of end of high school flicks, Booksmart somehow raises an already high bar even higher.

Molly and Amy have seriously kicked ass in high school. Not only have they been involved in everything, they've excelled, and, when we meet them, are one day away from graduating at the top of their class. Unfortunately, all the academic perfection has come at a cost, as this dynamic duo has never f--ked up or around. But at least they got into great colleges, right? Yeah, well...so did everyone else.

This jarring realization leads the girls on a quest to have four years of fun in what amounts to one helluva night. Molly is looking to hook up with Nick, the handsome jock she's secretly had a crush on for years. Amy, infinitely more introverted than Molly, would be cool if she could hang with Ryan, a skater-chick she has a thing for. If only they had the address to Nick's house, where the big party is going to be held.

(by the way, we (or should I say they?) called them ragers...which sounds so f--king lame now, huh? [though I recall certain east coasters saying rippers which is surprisingly less cool, if that's possible).

Not all that long into their evening, Molly and Amy's whole mission goes tits up, and everything that could possibly go wrong does. Nick, perhaps shockingly, turns out to be a pretty good dude, as does Ryan, but let's just say it's not Molly nor Amy they're into. And even if our ladies have learned just about everything one could in high school, turns out there's at least one important lesson left. No, not the one with the stuffed panda...though that was a bit...revelatory, I'm thinking the one about friendship instead.

Speaking of things I wish I had more of as an adult (the friendship not the panda (though...at times), here are the Yays and Boos. It might not seem like all that much, but this will be my fourth post in July. Hot-damn, right? Too bad I saw this f--ker in (early) June.


If I remember myself in high school, the only thing that stands out is that I often said the wrong thing at the wrong time. Never anything too bad, and I typically meant well, but I just look back and think about some of the things I said, and wow, I was quite the f--king dunce.

So in that regard, spending time with Molly and Amy really brought me back. Sitting there with my wife along side me, it's a good thing I finally grew up, and stopped sounding like an idiot at all possible times. And as we walked out of the theater, she asked me if I enjoyed the movie.


Oh yeah. I saw myself in those high school girls. Like, a lot of myself in them.
Posted by m.brown at 11:58 PM

Email ThisBlogThis!Share to TwitterShare to FacebookShare to Pinterest
File this under I Should've Drank More (or at all)