It feels really nostalgic to me.

I recently got a new laptop. It's not as sexy as my old one, can't do nearly as much, but it's reliable and does the few things I ask it to do very well.

The old one? Man, we had some good times. It was my first laptop, and I went all in when I purchased it. Not only did it house most of my professional documents, but thousands and thousands of pictures and songs that essentially defined me as a person. Hell, this website you're reading was born on that old rig.

But things eventually went south. The battery couldn't hold a charge anymore, programs would crash at the worst possible times, and unwanted malware coursed through the entire system. Eventually, I lost everything.

But before that final boot, there used to be a desperate move I would always exploit. One trick to prolong our time together?

I could find a restore point. 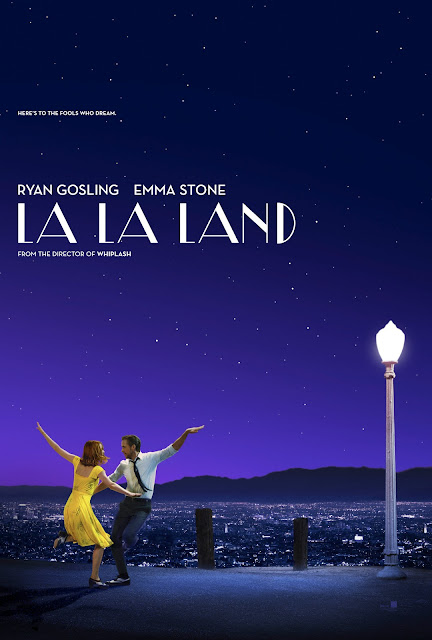 Unfortunately life doesn't work that way, and we can't go back to the exact moment when everything was going smoothly. We have to grind to the bitter end, left only to imagine what could have been.

La La Land isn't about a computer in the least, but it captures the infinite possibilities and hopeless optimism of life and love with machine-like precision. Residing on the outskirts of an intoxicating world of fame and fortune, hope and reality, Damien Chazelle's award-winning film is a dream about dreaming. But while I tend to forget most of my dreams in the morning, La La Land will likely stay with me forever. Especially in those quiet moments of my day where I find myself compelled to whistle. Wait, what?

Set in that magical time of all our lives where anything is possible, La La Land tells the interconnected story of twenty-somethings Mia and Sebastian. Mia (a flawless Emma Stone) has moved to L.A. to become an actress, fulfilling something akin to her destiny. Sebastian (Ryan Gosling, charming the audience into the fetal position) has a different dream, putting everything he has into his one true love, jazz. Initially, they are not a match made in heaven, and it's only when the stars align do these two finally take a chance on one another.

Beyond being the perfect metaphor for just about every aspect of growing up, beyond being simultaneously old-school and like nothing I've ever seen, Hell, even discounting the incredible performances and sizzling soundtrack (and impossibly rad dance numbers) I loved La La Land because it presented the world as such an incredible place to live in. But not even in a bullshit, rom-com sort of way, either.

See, despite chasing dreams that most would consider glamorous (and perhaps unreasonable), Mia and Sebastian could be any of us. But instead of being cool, or ironic, perfect or whatever, they instead go all in on happy. They live in a world where they are each other's most ardent advocates, and a world that more or less only consists of them (ah, remember that?). But even better, even more romantic, they live in a world where the skies are blue, the air is warm, and you can literally dance across the stars as you fall in love.

After the Globes, my wife and went to La La Land more or less demanding excellence and we both left with an experience that far exceeded our expectations. I quite honestly can't shake the good vibes of the film (it's been a week), nor do I want to. I can be a real joyless prick at times, and the more I think about Sebastian, the more I realize I'm doing it all wrong. Like, everything. Good thing I've already found my Mia.... Now if only I could open that jazz club.

Speaking of things that will never happen, let us waltz through the sky with the Yays and Boos. I wish I could tell you that they have two left feet, but frankly, that would be an improvement.


Boooooooooooo!
Equating a relationship to a laptop is probably (/certainly) a stupid analogy, but if you've seen this film, you might get what I'm going for. You know what, f--k it, I'm going to stand by it. In fact, I'm going to elaborate a bit, just to make sure you get it. Well, I would.

Except my battery is dying.

Email ThisBlogThis!Share to TwitterShare to FacebookShare to Pinterest
File this under Ooh La La