Is it just me, or is it getting crazy out there?

If the first word that comes to mind when discussing a movie is irresponsible, who is that an indictment of, the audience or the filmmaker? I'm asking because I honestly don't know. Of course, the creator of a story is responsible for its contents, but are they on the hook for what people do after consuming it?

Isn't a just a movie? 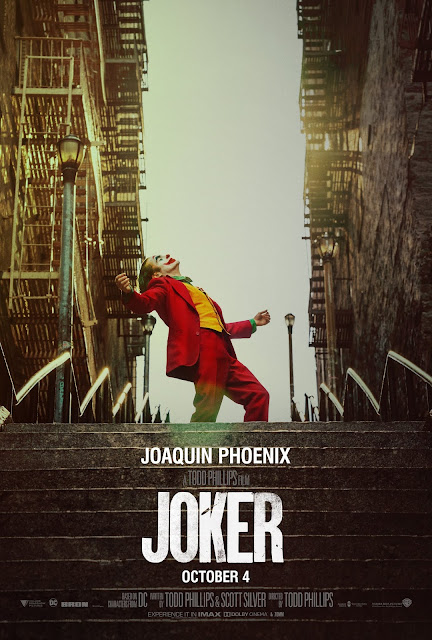 Obviously, I'm weeks late to the party, but even with all it's unnecessary dancing about like an asshole, ultimately I dug Todd Phillips' Joker. It's not that I enjoyed it (it's an absolute f--king grind), or will likely ever see it again, but I very much appreciated yet another take on the infamous villain.

Full-disclosure, I have a brother who is mentally ill (though doing infinitely better as he's gotten older), and early on I saw a good amount of him in Joaquin Phoenix's version of Arthur Fleck. To most, he's a weird f--king dude, sure, but catch him on a good day and not only is he fiercely loyal to those he's close with, but he's also likely to keep them laughing the entire time.

While my brother swears he had what it takes to be a world-class guitarist, Fleck also has these ideas that he's going to be somebody and prove them all wrong. In his case, perhaps unsurprisingly, Arthur wants to be a comedian.

Unfortunately, what little supports Arthur had in place fall apart, and what felt like a slow decline turns into an absolute f--king free-fall. In rapid succession, Arthur loses his medications, his job, his mom and most his mind. And not all of it is his fault. As awkward and possibly creepy as he was before, Arthur was a fairly likable guy. Hell, even when he was f--ked with unnecessarily, he still kind of took it in stride. Eventually though, he broke. And totally f--ks up.

Personally, I was very sympathetic to Arthur. Initially. Up until the point where he killed those men on the train, I was firmly (though hesitantly/reluctantly) in his corner. I don't really want to get into it, but I have been on the periphery of something very similar to this (not murder obviously, but violence), and have seen my brother at his breaking point. He snapped, like Arthur, but not far enough to never come back from. And if you think Arthur's behavior is glorified, I respectfully, but passionately, disagree. I started this post saying the film felt irresponsible, but that's only if you think Arthur walks out of the chaos a f--king hero.

He isn't.
Whatever joy or power he has is, at best, the support of an angry mob, or at worst, a figment of his imagination (hopefully). Yes, real or imagined, Arthur Fleck has ascended into something more than he was. But that something is a reprehensible monster. Or, in less nuanced terms, a f--king villain.

I'm going to try, perhaps unsuccessfully, to lighten the mood with the Yays and Boos. Bringing my personal connections into a work of fiction probably isn't the best idea under any circumstances, but for the entire two-hour plus run-time, wrong or right, it's all I could think about. Well, that and Jared Leto. But more on that in a bit...


If the first word that comes to mind after reading this entirely too-long blog post is f--k this guy and his stupid f--king website, well, last time I checked, that's more than one word. But if that's how you feel, I'm not mad at you. In fact, I'm a pretty forgiving person all things considered.

Email ThisBlogThis!Share to TwitterShare to FacebookShare to Pinterest
File this under Family Matters