This is not a tomb. It's a prison.

We catch up. We laugh. We bullshit about whatever.

We go out to eat (usually Mexican). We go to a baseball game. We bullshit some more.

And then, as is also part of the annual tradition of when my older brother comes to visit me, we go to a terrible f--king movie. 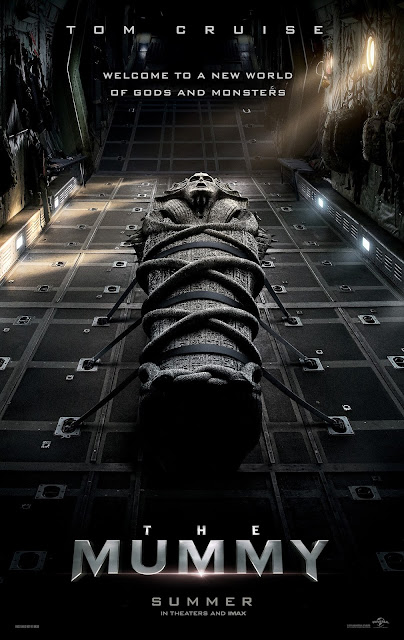 It's not that we hate ourselves, or our money, that continually leads us down this awful road of dick-punch cinema. But it's instead something that we both love (and always have): the promise of a big screen spectacle. We're men of simple tastes, and getting together always reminds us of our shared childhood thirty-plus years ago. A big-budget nod to the past should have been the stuff of dreams, right? Well...maybe if either of us could have stayed awake.

I don't think I could pass a test on the finer points of what exactly happened in the Tom Cruise-led re-imagining of The Mummy, but I'm not sure anyone involved in its production could either.

Consider that everything you're about to read is based on the opinion of a man who saw the second half of this film through the lens of a single alternating eye. And when you're that tired, or that bored, or whatever the case may have been, you start to really get angry at the film that's keeping you awake. I just wanted to rest in peace, you know? And then this handsome, ageless prick wakes me up, and I'm thinking: I'd like to level whatever city that f--ker's in, mainly by way of a giant sand cloud, shaped like my screaming face.

Tom Cruise plays Nathan Drake Nick Morton, a moderately slimy soldier, who inadvertently/ridiculously unearths an ancient Egyptian tomb...in modern day Iraq. Some moderately hot-chick named Jenny shows up, and demands this warzone be roped off so she can study the creepy sarcophagus. Makes sense, right? Right. And Jenny, who despite having no bone in her body suggesting she's anything short of a classy lady, has actually had Nick's bone in her body a few days prior. Apparently a shared interest in antiquities never came up when they were doing it like they do on the The Discovery Channel. Anyway, the unlikely pair quickly become caretakers of this ancient corpse, and hop aboard a big ass plane in order to investigate it further. The films best scene, heavily featured in the trailer, ensues.

Turns out, there's a pissed off former heir-to-the-throne inside the mysterious coffin, and she's all up in Nick, too. Literally. See, Nick starts having visions of he and the potentially sexy Ahmanet making time in the desert. Apparently, she needs his sculpted body to come back to life, where her plan is to...uh, I'm not really sure. I bet it's evil though. And involves sandstorms and giant bugs shooting out of her ass and mouth.

Nick isn't super stoked about being cursed, not to mention this undead broad skulking about London, trying to suck him off in the least pleasurable way. Luckily, when shit's getting real heavy, he runs into Maximus Russell Crowe, who playing Dr. Jekyll, informs Nick that a super secret agency is tracking monsters all over the world, and will step in and ice this bitch. Well, they would, if Dr. Jekyll could chill the f--k out and not turn into Mr. Hyde and immediately try to kill Nick.
Uh, lots of other shit happens, but I honestly didn't give a f--k about any of it. CG corpses skulk about, Nick's best/dead (imaginary?) friend shows up for some laughs, and maybe the worst romance in any movie ever plods along with the grace of a fat guy jumping rope on a hot day. Lots of ideas are thrown around, but each deftly avoids logic and interest along the way. I genuinely like Tom Cruise...I do...

...but I hated The Mummy. Maybe being totally coherent would have changed my wind, or maybe it would have made me even more upset. But I will never ever know for sure, as there's not a chance in an Egyptian Hell that I ever watch this movie again. At best, I'll watch the kickass Brendan Fraser one from 1999, while listening to the Top Gun soundtrack, but even that feels like a big ask at this point.

Also pushing their luck, are the Yays and Boos. If you think my thoughts are muddy and worthless, you should check out my notes. 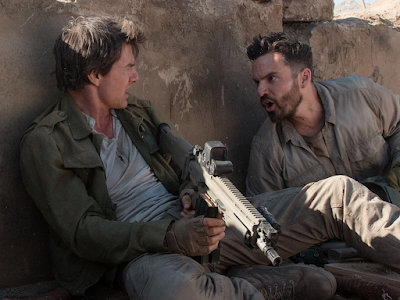 Boooooooooooooo!
My brother Bryan and I typically never agree on movies. Outside of Logan [review], I can't think of a single movie in the last ten years that we both liked. But when we staggered to the car last Saturday night, it seemed like we had reached some euphoric consensus for the first time ever. The Mummy?

Total bullshit, we each said, as we quietly nodded in agreement.

Email ThisBlogThis!Share to TwitterShare to FacebookShare to Pinterest
File this under The Cheese Is Old and Moldy...Where's the Bathroom?