The Ten Most Influential Directors of All Time

Dell over at Dell on Movies passed me the torch in yet another relay blogathon, and while I certainly appreciate it, it also totally baffled me (which, let's be honest, isn't that difficult). Originally started by John at Hitchcock's World, participants are tasked with removing a director from the inherited list and replacing it with one they find to be more worthy. Since I'm not particularly enamored with the history of film, let's call it a healthy respect, this decision was a difficult one. While I think many of these older gents are truly pioneers, I don't know how influential they are to contemporary filmmakers. Does that make sense? Anyway, here are the nine that I'm leaving on the list:

Man, I really need a beard. Well, a better one. Anyway, while the nine above are all worthy, I'm sure the director I'm taking off is as well. Without further ado (ado means 'pointless bullshit' right?), here's my addition (and subtraction) to the influential director relay. 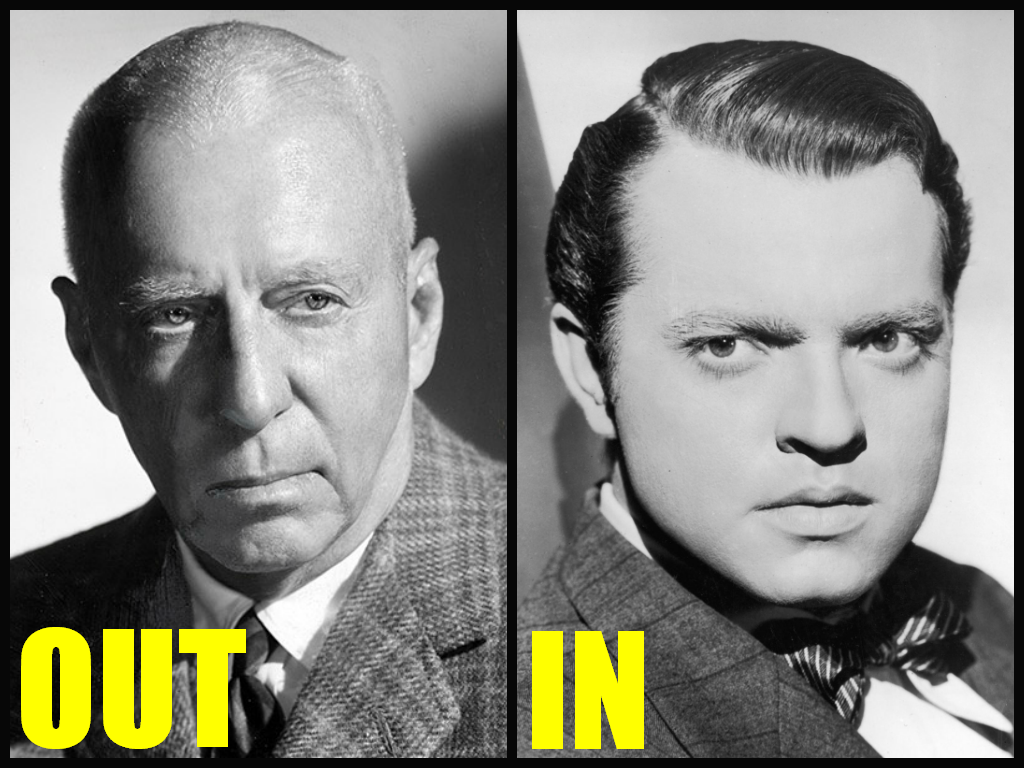 OUT: Howard Hawks. From what I've read about him, Hawks clearly deserves his spot on the list. But, it seems that while he's certainly a very capable director, in countless genres no less, even he might not consider himself all that influential. Hardly concerned with style (not that that's a bad thing), Hawks approached film-making in a very no-nonsense, straightforward manner. A great script is often what makes a movie great, and Hawks knew that. By his own admission, he didn't want his direction to get in the way of the actors and the story. Admirable? Yes. Influential? Hmm...

IN: Orson Welles. I've only seen it once, but obviously Citizen Kane [review] is considered one of, if not the all-time, greatest movie ever made. That alone should likely cement Welles' spot on this list. True, compared to Hawks massive filmography, Welles career totals aren't that impressive, but it's the sheer impact that Kane had that endures. It might be a battle of twenty good-to-great films versus one f--king masterpiece, but for my money, that's not really much of a fair fight.

Technically, Kane looks like it could have been shot last year, as every frame is composed in a ridiculously nuanced and brilliant manner. Some of the shots, where every single thing is in focus, completely mesmerized me (it's 1941, for f--k's sake!). If the next generation(s) of filmmakers weren't inspired by Citizen Kane, then please, pretend that this post never happened and change my addition to Alan Smithee.

And with that, I'm going to chill the f--k out and pass this over to Fisti at A Fistful of Films even though I 'm pretty sure I know who he's going to add when I do!

Previously, on The Ten Most Influential Directors of All Time...

John at Hitchcock's World
Katy at Girl Meets Cinema
Alex from And So it Begins...
Dell from Dell on Movies
Posted by m.brown at 12:43 AM

Email ThisBlogThis!Share to TwitterShare to FacebookShare to Pinterest
File this under It's All Well(es) and Good