Hope you haven't had breakfast.

I'm pretty sure there's something very wrong with me, but f--k it, Catwoman is sexy. I don't care if it's Anne Hathaway or Michelle Pfeiffer, it's a sweet look. All the tight-ass clothes, the purring, the licking, hell, even the scratching. It's all weird as shit, but there's still something oddly alluring about it. Halle Berry needs no help, but throw her in that awful Catwoman outfit and even one of the shittiest movies ever made is watchable. I'll even give you old timers Eartha Kitt, though honestly, that bitch scares me.

Anyway, as much I like a sexy lady dressed as a cat, let me be clear: it's the lady I want to have sex with. Not the f--king cat. 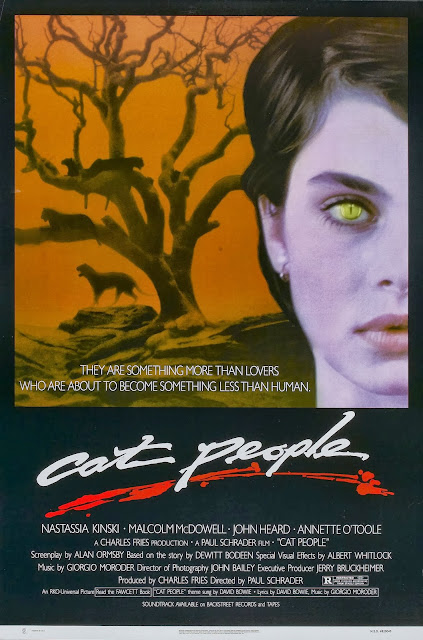 What the f--k is Cat People? Honestly. How does this movie actually f--king exist? I randomly chose this one based solely on the title, and though I knew nothing about it, something still compelled me to press play. And as I grinded it out, I was left with this look on my face that I still haven't been able to shake days later. I can't quite place the expression, but imagine while sitting there on your laptop, you fart and the smell literally surprises you. You expected bad, but what you got was so much worse your face is an unholy mix of disgust and disbelief. That, friends, is Cat People.

But that ain't even the half of it. Let me boil it down for you, okay? I, unlike the makers of this film, appreciate your time, so let's do this in one awful sentence: This movie is about half-leopard siblings dealing with the fact that they can't f--k anyone, till they f--k each other. I shit you not.

The movie opens back in some unknown time period with a group of aboriginal types doing their thing to some groovy eighties synth beats. Some chick heads into the potentially mysterious lair of a black leopard and...just like that, it's 1982. We meet a creepier-than-usual Malcolm McDowell, who basically eye-f--ks everyone he sees. This dude lives with his voodoo maid lady and is clearly a murderous douche. Seriously, this guy oozes date rapist more than probably any other character I can remember. His "sister" shows up, in the form of the fairly attractive Natassia Kinski, and she's basically the early eighties version of Sandy from Grease, except that instead of being an Aussie she's a f--king leopard. Anyway, it's not that she hasn't liked some boys before, she's just never been able to um, fully engage in Summer Lovin'.

Email ThisBlogThis!Share to TwitterShare to FacebookShare to Pinterest
File this under Pussy Riot

Is this turkey paradise?

But I'll tell you what it's never been about: turkey. The bird, for me, is the least interesting part of the meal. Who knew that was foreshadowing?

My wife and I took our son to see Free Birds two Sundays ago, but this leisurely family outing felt a lot like work. Uninspired and bland, this latest kids' flick to cash in on a timely holiday crushed our fairly low expectations. We saw the preview, we knew what we were getting into. But somehow, it ended up being worse. But the real kick in the giblets? The only showing we could make it to was in 3D. Well, if you can call it that.

Anyway, the story, I suppose, at least had potential, for a (non-Pixar) kid's movie, anyway. After receiving the ceremonial presidential Thanksgiving pardon, a young turkey named Reggie appears to be living the good life. By this, I mean he's eating pizza all day and watching telenovelas. Harshing his vibe is Jake, a manly turkey destined to travel back in time and take turkey off the Thanksgiving menu. Apparently, the President resides directly on top of some top-secret time travel device, so these two turkeys make the typical unlikely duo. Had potentially hijinks ensued we might have had a decent 70-minute flick. In and out, easy-peasy, please recycle your 3D spectacles on your way out. But no, we veer off into turkey lore and turkey love and 91 minutes later I felt like I had just finished eating Thanksgiving dinner: I was tired and full of regret. And I didn't want to think about anything turkey related for at least another year. If not, ever again.

Email ThisBlogThis!Share to TwitterShare to FacebookShare to Pinterest
File this under Damn Jive Turkeys

How bad could it be?

Most horror movies are very straightforward, maybe even to a fault. Their plots often revolve around the simple concept of revenge. Sure, there's the occasional sick f--k who kills for no apparent reason, but typically in this genre, people need to be killed/raped/tortured because some other person was killed/raped/tortured in the past. And even that creepy bastard who does this for no reason? Well, ideally, he'll get his too, eventually. Those are the rules. 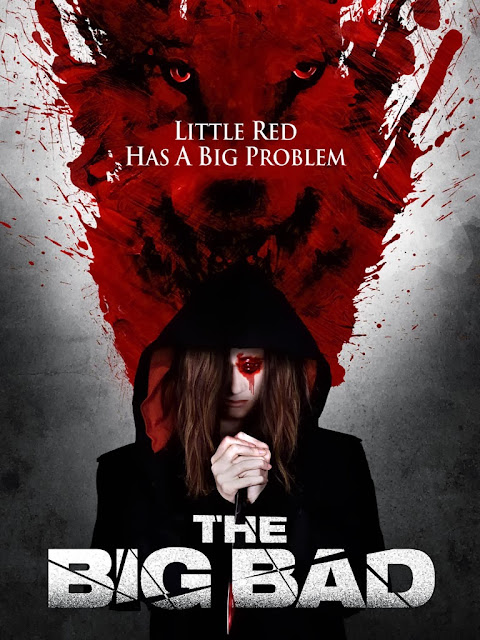 I'd like to exact revenge on pretty much anybody associated with The Big Bad, a flick I had the misfortune of renting last week. I'm thinking I'll go eye-for-an-eye, you know, hurt them the same way they hurt me. Maybe something along these lines:

For about twenty minutes, I'm going to just walk around and ramble incoherently. It won't make any sense, and it will literally be so boring, one or two of them will probably just take their own lives. But for the next fifty minutes or so, I will simply shit all over everyone. I will shit in their eyes, in their ears, and somehow into their soul. It won't be fatal, no. It will simply be the worst looking event to have ever taken place and will leave everyone involved wondering the same thing: Good Lord, why did that happen? Am I bad person?
Read more »
Posted by m.brown at 12:20 AM 5 comments:

Email ThisBlogThis!Share to TwitterShare to FacebookShare to Pinterest
File this under The Most Aptly Titled Film Ever

This family's in trouble.

Since Halloween has just recently passed, it's fitting that the last movie I watched centered on something that absolutely terrifies me. The idea of being locked in a giant metal contraption, barely in control, for hours and hours is overwhelmingly maddening. But worse, the thought of consistent loud, sharp noises and awful smells surrounding me, only compound one of my deepest fears. Obviously, I'm talking about one of the greatest, slow-death torture scenarios found on this planet: the family road trip.


The road trip in Transit, much like everything else in the movie, is utterly ridiculous. A father decides that his family must reconnect (for some initially unclear reason), and so they head out on a long car trip together. On the docket? Incessant whining, camping and familial bonding. Fair enough, I suppose. But when four increasingly generic and incompetent criminals show up, and fully beat the shit out of Mom, you'd think maybe Wally World can wait until next year, huh? Wait, wait, wait. Did you just think? You better cut that shit out now if you even plan on enjoying this one.

The flick opens with a pretty typical armored car heist, complete with your standard double crossing of masked individuals (you know, where splitting it five ways becomes four because someone gets shot in the face). Cut to Miserable Family, where Dad is insisting that This trip will be good for us! The bad guys are on the run, and stay with me here, must ditch the money because there's a roadblock and they're checking everyone's cars. Seems like the only logical plan is to hide the money with the family and simply follow them to where they're going and murder them and grab the cash. Hmm. The cops are stopping everyone, but if they don't have the money on them, apparently they'll be fine.