What am I looking at?

Maybe not as much as I used to, back in that place where the beer flowed like wine, but even in my forties, terrible flicks can still be a great time. With that advanced age, comes advanced wisdom (or it should). And like any responsible adult, I now know my limits. One bad movie at a time, you know?

Not f--king FOUR OF THEM.

What the actual f--k, Fantasy Island? What were you thinking, Blumhouse? It's not that I remember a goddamned thing about the old television show (outside of Tattoo shitting his tiny pants about the plane), but I'd assume at the end of an episode, the audience had something resembling a f--king clue. And the will to continue living.

Fine, maybe this rebooted idea had a chance on paper. A magical island is pretty f--king dumb, but done right, that shit translates into all bets are off. Tops, too. Unfortunately, instead of Alexandra Daddario having a slow-motion pillowfight with Gal Gadot for two hours, we get four increasingly shitty scenarios. In no particular order...

1) Two bros want to have an epic pool party, with sex and drugs...and jet skis. And guns? Whatever. This one at least makes a little bit of sense. Sort of. It's f--king awful, but yeah. Boobs. Dongs. Booze. Music that's cheap to license. It's all here. 2) A romantic proposal, redux. Sexy Lady said no effing way to some dude that wanted to marry her and now she wants a chance to finally say yes. Uh, okay. I guess? She initially said no because she thought she was a terrible person. How has that changed exactly? 3) Saw, part 900. Some chick was bullied in high school, and of all the possible dreams she could have, torturing her old bully tops her list. Giving Brad Pitt a handjob was probably second. Regardless, this one is stupid and painful and makes me want to bully whoever wrote it. 4) A dude wants to enlist in the army, because his dad died...in the army. Yeah, f--k this one, too. Top to bottom, I'd rather wash my hair with fresh diarrhea than ever talk about it again.

Email ThisBlogThis!Share to TwitterShare to FacebookShare to Pinterest
File this under Bikini Bottom

I'm inside all of you.

It's not Sunday, but I think it's time to confess a trilogy of sins. No, no. My movie sins.

I think I've seen two-thirds of the Before trilogy. Missed the last one, but I assume they walk around Paris and talk to each other about stuff? I'd guess they pontificate about love and relationships, but for all I know, they side-eye each other dreamily while discussing..

..the Three Colours trilogy. And which film is their favorite. But as I've never seen any of them, that would be spoilery, wouldn't it?

Speaking of spoiling, I've also heard countless things about how Sofia Coppola ruined the third Godfather film, but, uh...I'm going to have to take everyone's word on that one. I've only seen the first Godfather film. But I have seen it twice. 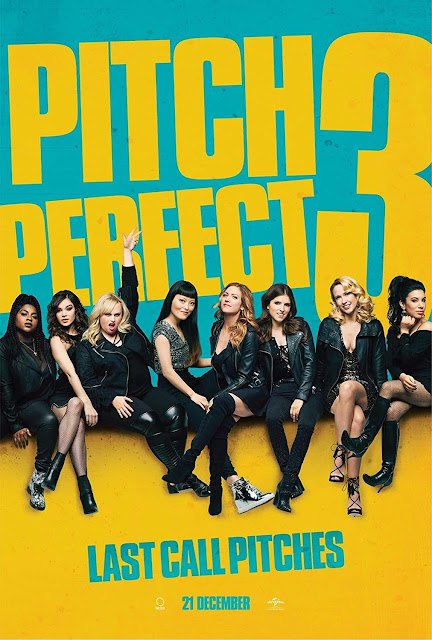 Or I would, had I just not completed Pitch Perfect 3 with my wife, thereby finishing off the Fat Amy Trilogy. Fine, that's (probably?) not what it's known as, but no matter what you call it, I've seen all three Pitch Perfect films. Fully on purpose, too.

I'm more or less full of shit, because between you and me dear/poor reader, ain't nothin' I love more than a goddamned cinematic sing-a-long. Especially one led by the lovely duo of Ana Kendrick and Brittany Snow. But m.brown, you're so effing manly, with your movie blog and color-coded closet. I know, I know, Italics Guy, I'm shocked too.

Also moderately surprising, is the fact that there even is a third film in this series, because if I remember correctly, the second one kind of sucked (guess I could watch it again, you know, for research). And whoever, well, (successfully) pitched this premise, had to have used the most epic f--king Jedi mindtrick ever. *waves hand* You will greenlight a Pitch Perfect film that heavily features DJ Khaled. And yet I'm still not complaining.

Email ThisBlogThis!Share to TwitterShare to FacebookShare to Pinterest
File this under Ciao Bellas

What the f--k are we doing?

It's been a busy summer.

And now that that's (mostly) done, I have to start/finish a class I signed up for in May, and all the coursework is due in nine days. Nine.

Luckily, it's interesting, as the course is all about learning how to more effectively reach students who have experienced great trauma in their lives. Obviously, it's very difficult to learn when your brain has been subjected to traumatic experiences, and the authors provide many different strategies to create an environment where they can thrive. I haven't finished the book yet, but I can't wait to get to the chapter where...

...you give the kid a hammer and tell him to make it hurt. 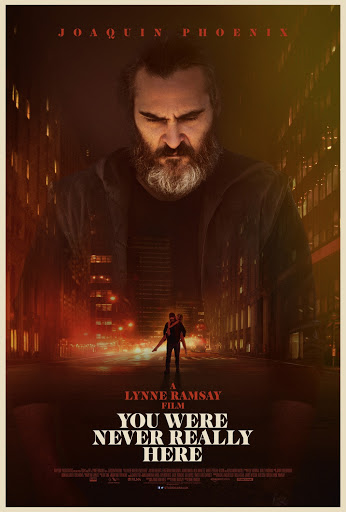 I've finished exactly one entire movie in the last five weeks, and it took my four nights to do it. While I thought the title was fitting for my current blogging situation, there wasn't much else I got out of You Were Never Really Here. The triple AAA call up version of Joker [review], this Joaquin Phoenix-led flick is like Ferris Bueller's economics teacher telling you about a nightmare he once had. Pedophiles. Pedophiles. Butchering pedophiles, anyone? Anyone? It's unsettling for sure, but dry as f--k and in no particular hurry, either.

As far as I can tell, Phoenix plays Joe, a tormented veteran who has seen/done some bad shit in the desert. At this point, Joe's carved out a career as a fixer of some sort, getting results for whoever hires him. What he lacks in emotion he makes up for in effectiveness, as his blunt-force tactics get the job done. And despite bashing f--kers with a hammer, we root for him, because it appears he's doing the right thing. I mean, I think he is, because we're given very little concrete information to go on (which is cool, except when you can't keep both eyes open). Word? Word.