You may find Narnia a more savage place than you remember.

It used to be horror. Then action. Or a combination of the two. And that carried me for years.

In college it was typically comedy, though that VHS of Pam and Tommy wasn't all that hilarious. My professors had me dabble in the classics, which was appreciated, but didn't really stick. But my all-time favorite genre of film? Like, the tippy top of the Paramount mountain? 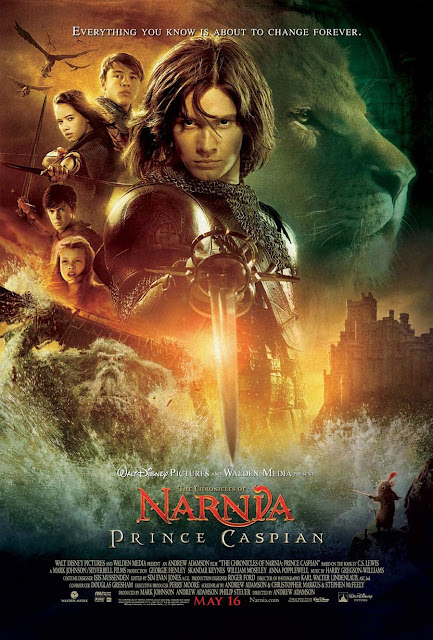 Oh, 2020-21 academic school year, how I've hated you so. While staying at home for more than half of the school year should've made you a contender for Best Year Ever, somehow, you dropped the ball big time. With multiple COVID outbreaks in my homeroom, the death-by-a-thousand-cuts component of concurrent teaching (teaching online and in-person simultaneously), and more general assholery than one should endure in two lifetimes, more than once I was looking for an escape from reality. And during the last week of school, thank Aslan, I found it.

Earlier in the year, the district-approved curriculum somehow allowed the viewing of Disney's The Lion, the Witch and the Wardrobe (after reading the novel, obvs). Shockingly, it went over fairly well, despite the fact that some kids were unable to correlate the two (someone actually said, aloud, WHAT? ASLAN WAS A LION!!??). While I attempted to parlay the movie interest into the blasphemous idea of 'maybe you should read some of the other books' (which I said with the same inflection I'd have if suggesting 'maybe you should eat a baby'), it didn't work. At all. But some of the more studious students did inquire if there were more movies. So there's that...

Email ThisBlogThis!Share to TwitterShare to FacebookShare to Pinterest
File this under We love the chronic (what?) cles of Narnia

You ever have a bad day? Like a monumentally shit day? Not just regular shitty, but shitty to a degree where with time, you almost appreciate how f--king terrible the whole day turned out to be? One of those that's so f--ked up, something that would have been day-ruining on a previous day, doesn't even crack the top five.

When I was little, maybe six or seven, my mom was in a really bad car accident (with my older brothers [and their idiot friend] in tow, no less). Her Jetta was totaled and her back was pretty f--ked up, too. I remember our old neighbor Mr. Brown had to pick me up at school, and I was super hesitant to get in his car. When he said, get in, your mom has been in an accident (for real, in the 80s, this is how all kidnap movies started) I was like f--k this (while fastening my seatbelt, naturally). Anyway, when I got home, word was my brothers were fine, and Mom would be coming home later that night.

Or she would have, had she not rented a car after being discharged, and then immediately having that one totaled, too. For f--k's sake...

But in a movie? Two major car accidents ain't nothing. In a movie, you could literally get struck by lightning...

...and it wouldn't even make your day unlucky. 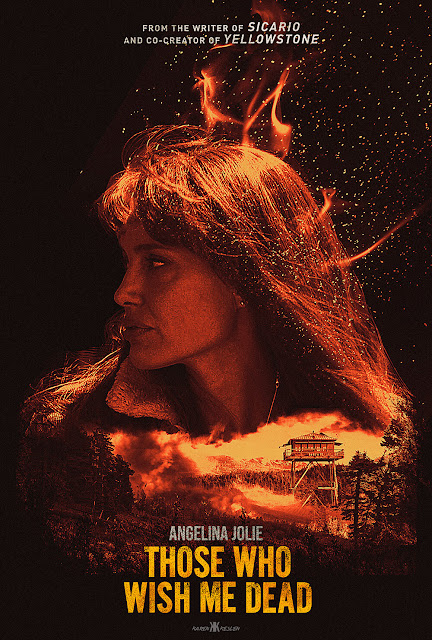 Oh, Those Who Wish Me Dead, with that immense pedigree, I had the highest of hopes for you. And while you were definitely ...entertaining... as all Tyler Sheriden flicks are, you also felt a bit ridiculous, too. Which, when compared to his previous efforts, was a bit of a new wrinkle, you know?

Straight up, I hold Sheriden's Wind River [review] and Hell or High Water [review] in the highest of high regards, but this HBO Max-Angelina Jolie romp falls unfortunately short of the previously established gold standard. The good news? Even if it's a bit of a bummer, it ain't for a lack of trying. No lie, this motherf--ker goes down swinging the way Christian Grey f--ks: hard. (and, um honestly, a bit awkward at times)

It's going to be a helluva day for Jolie's Hannah Faber, a badass smokejumper who, when not rocking extreme PTSD, probably secretes Red Bull by the sexy gallon. After crashing a firefighter graduation/full-on bro jamboree, again, things quickly go Lara Croft-style (pointy) tits up, and ol' Hannah ends up embroiled in the dilliest of pickles. In a few short hours, she'll go from being haunted by demons to hunted by hitmen, all in the effort to save some punk kid. Fine, the kid's a good enough dude, but the losses on his behalf will be huge.