An older, weathered Batman, thirty years after his prime...connecting some grand DCEU universe together? Holy (cash) cow, Batman. I would have never even considered this as something remotely possible. Ever. Combine that with news of the Snyder Cut finally seeing the light of day means it's basically raining new Batman content. Hell, and that's not even counting on whatever the heck Matt Reeves and Robert Pattinson have cooked up for us next year.

Clearly, the debate will forever continue, who is the best Batman? It's probably/obviously Keaton, but I'd be willing to listen to arguments for Bale, Affleck, Kilmer, West, Clooney, Pattinson or even...Ninja.

Wait, what? I must have heard you wrong. Swear you just said Ninja. 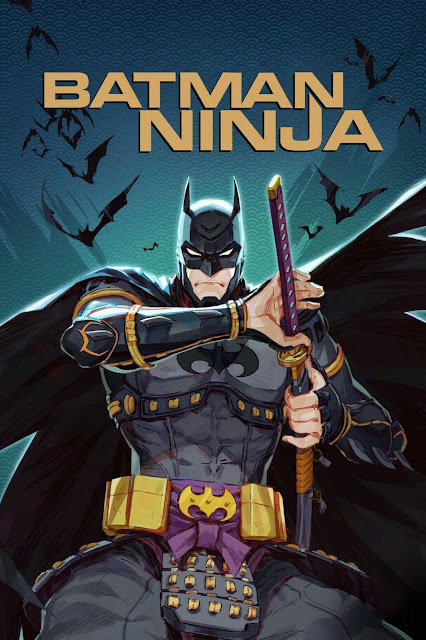 Turns out, Gorilla Grod had big plans to rid Gotham of its most notorious villains, and building a time-travel device was just the beginning. But before he could safely send the Joker and others to another timeline, monkeyshit goes sideways and everyone ends up in feudal Japan of all places. Seriously.

Batman is just as confused as you are, but no matter, because before you have time to realize how ridiculous this whole premise is, old-school Japanese versions of Joker and Harley Quinn show up and all Hell breaks loose. Eventually, we've got warring mechanized castles shaped like Two-Face and Poison Ivy battling a giant golden monkey made out of an infinite number of smaller monkeys. I've never taken drugs, but I'd be shocked if they made me feel as good as a Voltron-style team of mechanized buildings fighting a two-hundred foot tall Batman made out of equal parts monkey and actual bat.

Email ThisBlogThis!Share to TwitterShare to FacebookShare to Pinterest
File this under Tokyo My God This Is Amazing 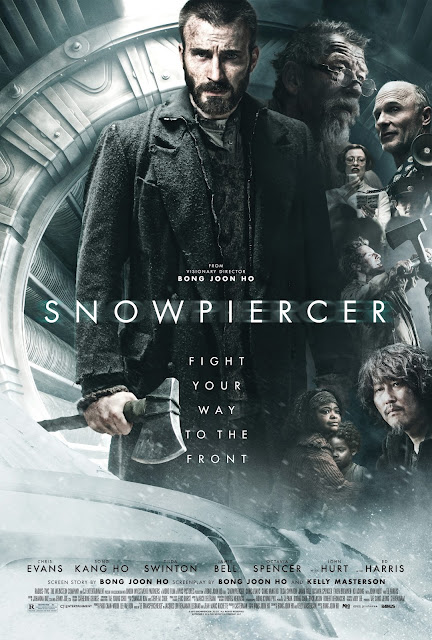 It's the best bad idea.

I have to be honest with you, fake shit really ain't cutting it anymore.

Real life has become more dramatic and compelling than anything Hollywood could ever come up with, and when my kids aren't around, I can't seem to turn off the news. And it's all so unrelentingly terrible, it's like the longest horror movie ever.

And that was when it was just the f--king pandemic. 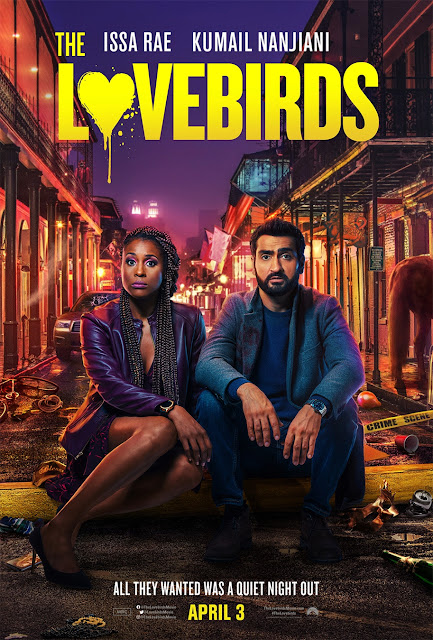 Prior to the nightly/rightly burning of America, I decided to give The Lovebirds a shot. It's not a stretch to say that the trailer was a bit eye-rolly, but both Rae and Nanjiani are funny and talented enough individually, you'd think Voltron-ing them together would guarantee some laughs. And it totally delivers.

Leilani and Jibran were that couple, the one that seemingly everyone around them envied. When we really settle in with the titular lovebirds, it appears their relationship has finally  run its course. And just as their personal shit hits the fan, some random dude hits their windshield. The cop in pursuit commandeers their car and runs the dude over multiple times. Shit.

And just like that, instead of clearing their heads after a bad break-up, Leilani and Jibran must clear their names after a grisly murder. I mean, they could just go to the authorities and explain themselves, but...nah. It would be way better to follow a series of dicey-at-best leads with a person who minutes ago you never wanted to speak to again. Yeah, that makes sense.