Nobody cares about you.

I think it was freshman year.
I want to say it was the spring term.1998.
From room to room, at least in the guy's section, an unmarked VHS tape was being circulated. We didn't get much heads up (our room was in a co-ed hallway [which totally had its perks]), but when it arrived, everybody immediately stopped what they were doing. Every guy in that room knew, we are witnessing history. This was our moon landing. But instead of Neil Armstong and Buzz Aldrin? Well...

We had Pamela Anderson and Tommy Lee. On a boat.

Speaking of ultimately disappointing movies where people film themselves f--king, let's add July's Sex Tape to the list. While the original sex tape was really only about Tommy Lee's massive johnson, director Jake Kasdan's flick is marginally more complicated. Okay, not really, but at least they held the camera steady.

Jason Segel plays, well,  Jay, some sort of radio station guy, who just so happens to pass out iPads as presents. Apparently, Jay can turn out a hell of playlist, and he routinely (and remotely) updates his lists all the time. It's truly the gift that keeps on giving. Yes, it's that old story/the weirdest Apple commercial ever.

One night, after realizing their lovelife is lacking, Jay's wife, Annie (the still super-hot Cameron Diaz) suggests that they make a sex tape. Of course Jay's down for this, and fully agrees to delete it after the marathon f--ksession has ended. Surprising no one, he doesn't, and when Jay's iPad syncs, his framily now has access to some kinky shit. What ever will they do?

(SPOILER ALERT: He doesn't just delete it from his account, thereby allowing all the other Best Live Short nominees to breathe a little easier this March).

Email ThisBlogThis!Share to TwitterShare to FacebookShare to Pinterest
File this under What is...the first bullet point on Kim Kardashian's resume?

I'm hooked on drugs. All of them.

I got my girlfriend pregnant. It's going to be a boy. And two girls.

Or worse, I'm going to go to a small, liberal arts college. Just like you did. And I'm going to major in Communications.

There are a lot of things I hope my son never says, but possibly even more troubling, is this one phrase he keeps repeating. In his tiny, five year-old voice, my son Matthew (on more than one occasion) has said the following phrase out loud:

Whose kid is this? 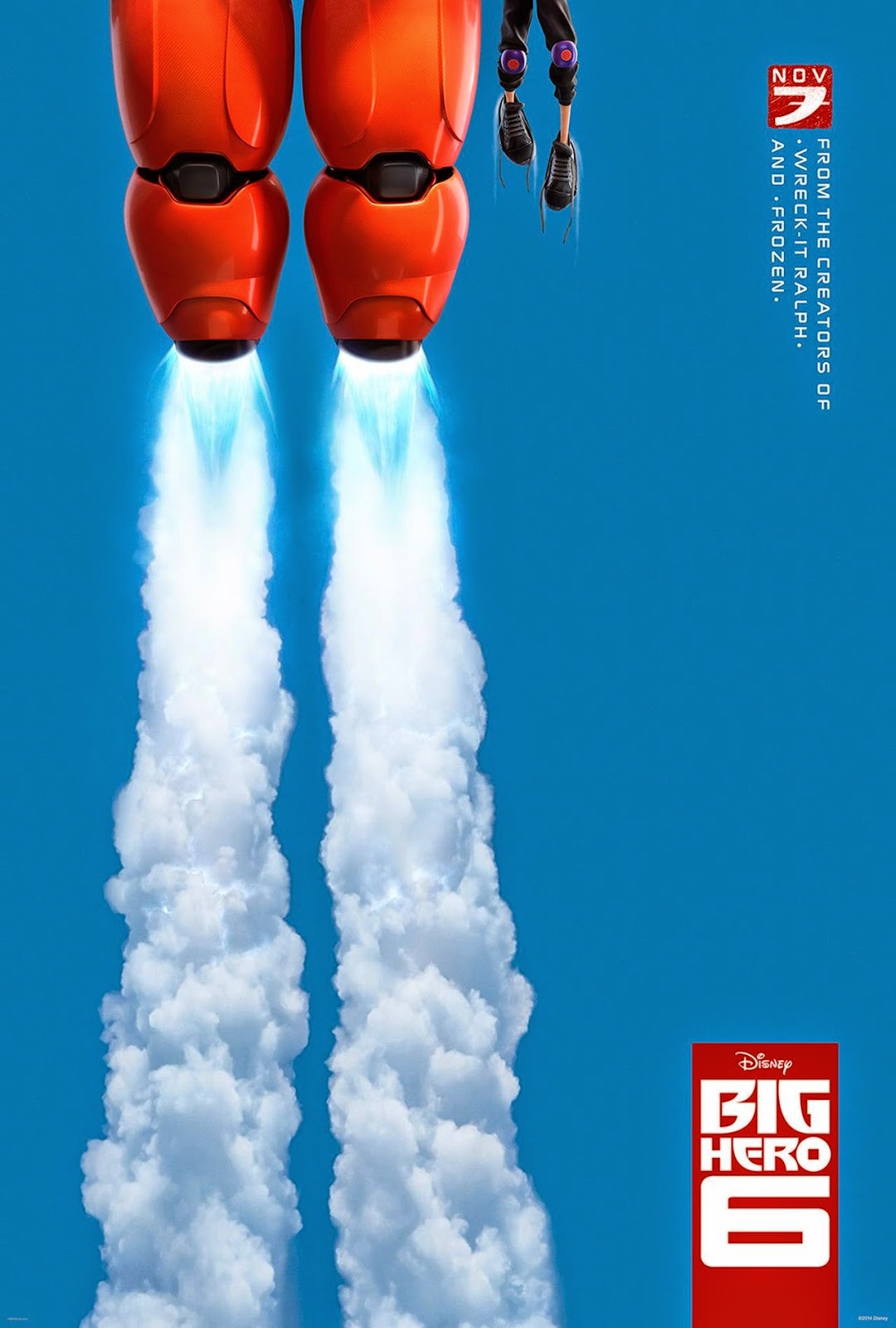 Where the Turtles [review] failed miserably, and even Rocket and Groot [review] couldn't swing it, Hiro and Baymax finally triumphed. After months away, I finally, finally!, convinced my son to come to the movies with me. And while just having him next to me was the true victory, Disney's latest just so happens to be an excellent film.

Big Hero 6, from directors Don Hall and Chris Williams, may not sit at the top of the studios all-time list, but leaving the theater that day? Well, I might have had it pretty high up there. A surprisingly touching testament to science and family (not necessarily in that order), it's safe to say that this one has something for everyone. In fact, I would love to see it again. Now.

Set in the breath-taking city of San Fransokyo, Big Hero 6 is the story of Hiro Hamada, an incredibly bright kid who spends his time designing robots to battle in back-alley battles. He's good, and being that he's so young - it's an easy hustle. But after narrowly escaping arrest one night (with the help of his older brother), it's time young Hiro actually applies his skills to something more productive. Tadashi, the aforementioned sibling, takes him to the robotics lab he works in, and after meeting a slew of people just like him, Hiro's hooked.

Email ThisBlogThis!Share to TwitterShare to FacebookShare to Pinterest
File this under My Hero's 5

Thank you for bringing it to me.

There's this guy that's been hanging around L.A. for awhile - doing his thing, for sure, but not really getting recognized for it. He's a hard worker, and certainly committed to his work, but between you and me, I'm not sure you can really trust him. As much as admire him - he scares me. I mean, he's willing to do just about anything to make a living.

F--king anything, really.
Usually with a camera rolling nearby. 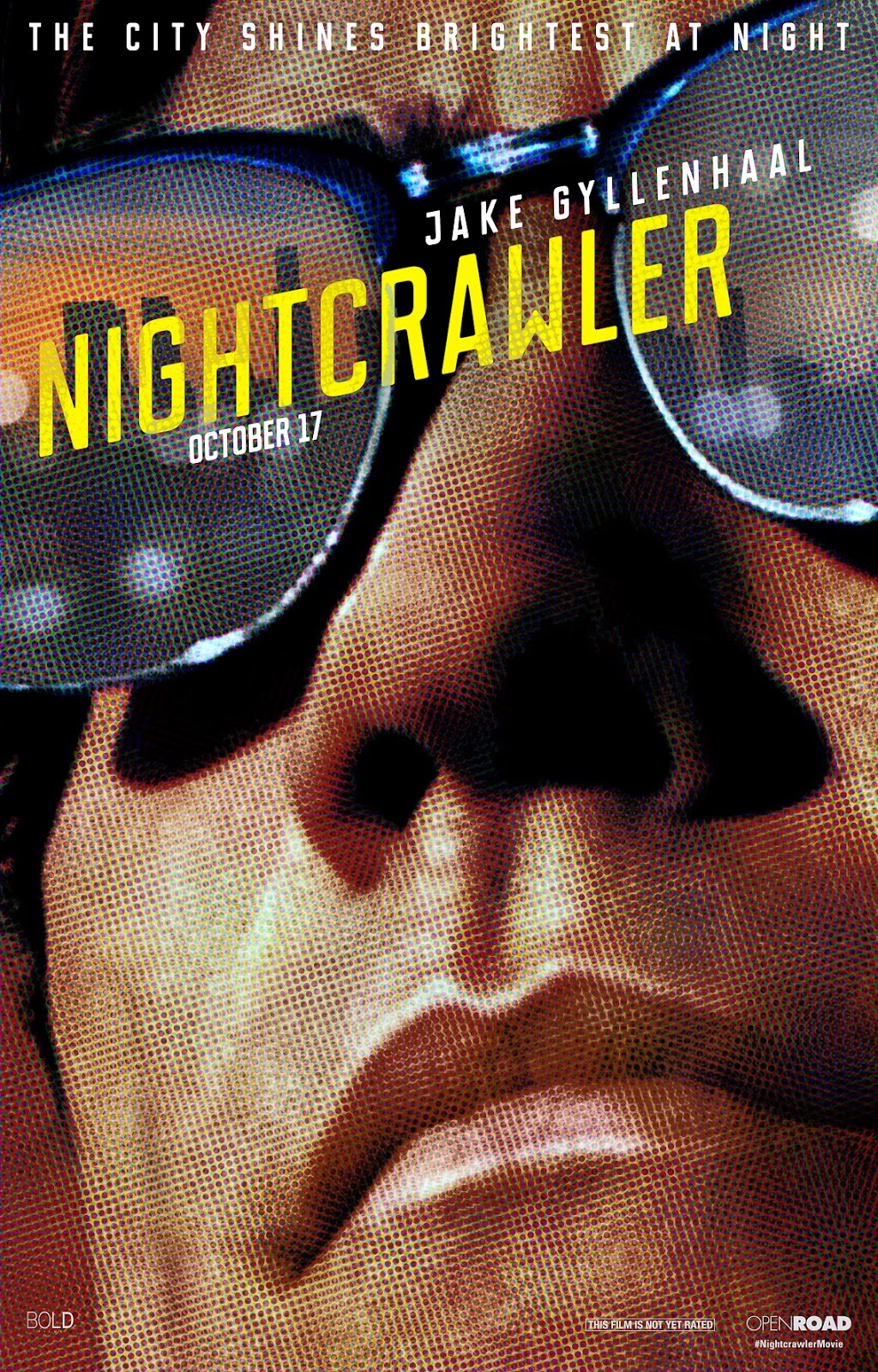 As much as I'm talking about Louis Bloom, the protagonist in Nightcrawler, I might as well be talking about the masterful actor bringing him to life, Jake Gyllenhaal. Because as intense and entertainingly brilliant as this film is, every single ounce of that comes from Gyllenhaal's mere presence. I'm telling you, this performance is magic. F--king black magic at that, as this one will haunt you.

Nightcrawler is set in Los Angeles, but coming from a guy who has never lived there, it might as well be Los Angeles. Set primarily at night, Dan Gilroy's film tells the sordid tale of a mysterious loner simply trying to make it. He's come to the city with dreams, possibly even big ones, but when we meet Louis, he's selling chain link fence and stolen manhole covers. Katy Perry and her whipped-cream titties this a'int.

Louis is really weird, though strange (as f--k) may be the better word. But somehow, he's oddly honorable, too. He needs a job and presents himself as someone who can work hard and learn quickly. And even though he's impossibly awkward and all kinds of creepy...we believe him. Hell...we might even like him.

Email ThisBlogThis!Share to TwitterShare to FacebookShare to Pinterest
File this under Shooting Footage

Salsa. Why did it have to be salsa?

Fine. Maybe a little bit at my wedding, and sometimes with the kids, but overall? No.
Never.

It's likely a coordination thing, combined with a complete lack of rhythm that's the culprit. But let's be honest, the real reason I'm not out there shaking my ass like a madman? Confidence.

(Did I mention I don't drink, either?) 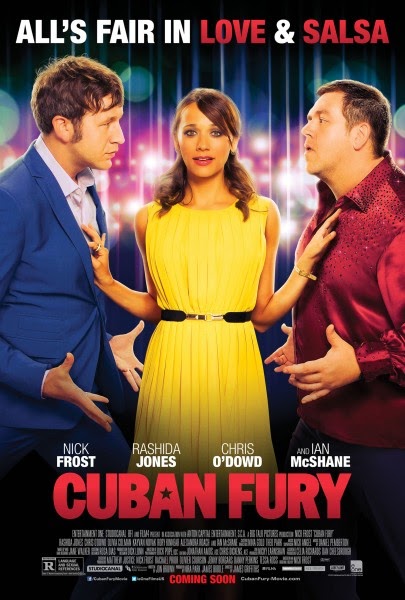 Also lacking confidence is Bruce Garrett, the main character in this year's Cuban Fury. Played by one of my favorite people alive -Nick Frost- Bruce has plenty of the aforementioned coordination and rhythm, sure. But after getting his ass kicked moments before a dance competition as a kid, the thirty-something year old has grown into an incredibly timid man. His dancing days are in the past, as Bruce tells himself that he won't dance again.

If only there was a way to reignite his passion?

Oh, wait. I got it. How about the only reason a man ever steps foot on to a dance floor in the first place? Yep, you guessed it: a beautiful woman. And in Cuban Fury, she's played by the lovely Rashida Jones.

There's no need to tell you the plot, as I'm quite positive you've seen this movie before. Someone stops doing what they love, after tragic events in their past, only to be forced back into it years later. It could be anything really, but here, obviously, it's dancing. Competitive dancing, actually. Of the salsa variety.

Email ThisBlogThis!Share to TwitterShare to FacebookShare to Pinterest
File this under The Salsa Shark

Good or bad, she's in every high school in America - even the small private one I went to in Hawai'i. She's pretty, she's popular, maybe even a star athlete too. And at the end of the year, there's a good chance she'll be Prom Queen. She's nice enough, but for some reason, her friends are all guys. Guys that really enjoy just spending time with her, because, you know, she's cool, not because they're desperately trying to be the one. But in that crowd of guys (sometimes referred to as boys...ugh), there's one that's actually different. He really is her friend. He's like her brother, silly. But guess what?

He wants her, too. And it's killing him inside.

Not that I know anything about that. 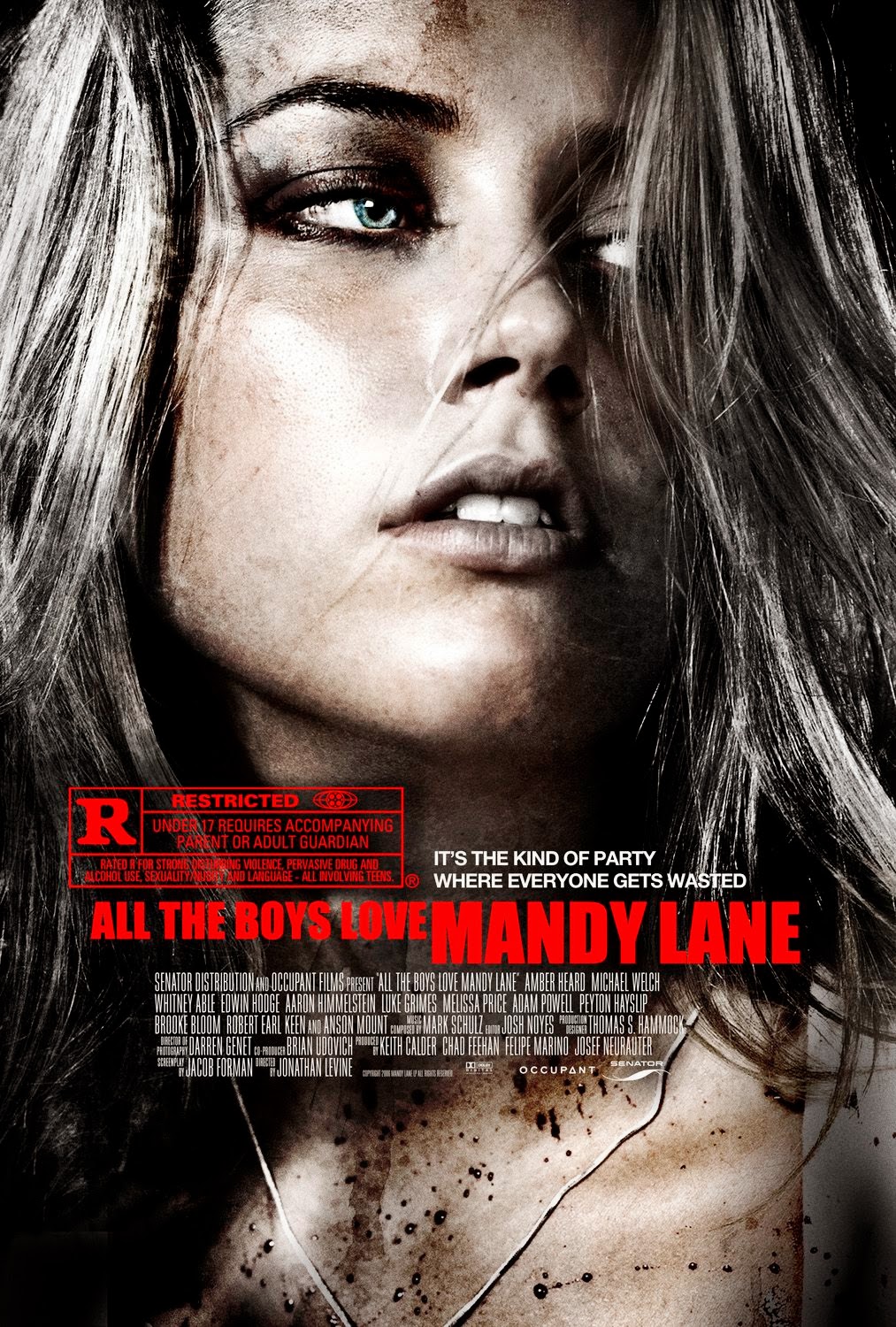 As my final horror movie for October, I fired up 2006's All the Boys Love Mandy Lane. I first heard of this one over at Rambling Film, but it was the short run time (not to mention postergirl Amber Heard) that really sealed the deal. For the record, my school's Mandy Lane was way hotter...but that was seventeen years ago. Ouch.

Anyway, after establishing how sexy and coveted Ms. Lane is in perfunctory high school/horror movie fashion (slow mo walk through the halls [primarily focused on T & A]), things actually get kind of interesting. Well, okay, more interesting. At the, you guessed it!, pool party, hosted by King Douche, something rather unexpected happens. No, Mandy's chastity belt doesn't rust and fall off, revealing her magical vagina. Instead, in yet another cringe-inducing attempt at impressing Mandy, ol' King Douche dies tragically (and perhaps hysterically). The real kicker? Mandy's tag-a-long (though marginally creepy) bestie, Emmet was inadvertently responsible. Didn't really see that one coming...

Email ThisBlogThis!Share to TwitterShare to FacebookShare to Pinterest
File this under All the Boys Love Panera Bread
Newer Posts Older Posts Home
Subscribe to: Posts (Atom)