Maniacs are afraid of maniacs.

I have a daughter. I love her very much.

And if someone were ever to wrong her, well, I'm not sure what I'm going to be able to do about it. I mean, I don't have a very particular set of skills. I'm all for revenge, sure, and would surely want blood, but I don't even own a gun. I don't have a lot of knives, and only have two functioning hammers. Shit, I don't have any duct tape, let alone a basement to house the perpetrator in, duct taped or otherwise. But I'm not completely hopeless. There's one thing I actually do have.

I do have a dad.
Big Bad Wolves is one of those movies that somehow everyone has seen despite it not really starring anyone overly famous. I had initially heard about the film last year on Twitter, but avoided any further spoilers in the months that followed (all told, that wasn't so hard to do). While I had all intentions of eventually seeing it, it took a random text from an old friend to finally give me that final kick in the ass. His description?

'F'd up drama suspense and intense'

What Dunphy boiled down to a few words, I'm going to belabor into many more. Primarily set over the course of just a few days, 2013's Big Bad Wolves is a deceptively simple revenge flick. After the brutal kidnapping and death of his daughter, a man kidnaps not only the suspected killer, but also the police officer who inadvertently botched his arrest. This guy is no nonsense, and with so little left to live for he is willing to just about anything for whatever justice he can muster. Actually, it's not even justice that he ultimately wants. It's something a lot more personal that that.

Email ThisBlogThis!Share to TwitterShare to FacebookShare to Pinterest
File this under Bad Grandpa

It's the behavior of an incredibly immature person.

The more I think about it, the more I feel like Christmas is becoming an obstacle in my life, something that must be survived, if not altogether defeated. Getting everyone the perfect gift is maddening enough (essentially it's the simultaneous birthday of everyone you know), but that impossibility can't hold a scented candle to the unrelenting chaos of getting together for the holidays. This year in particular, turned out to be one for the record books in the annals of Brown Family Holiday Disasters. And while there's certainly plenty of blame to go around (myself included), it can really be boiled down to one simple thing: selfishness. 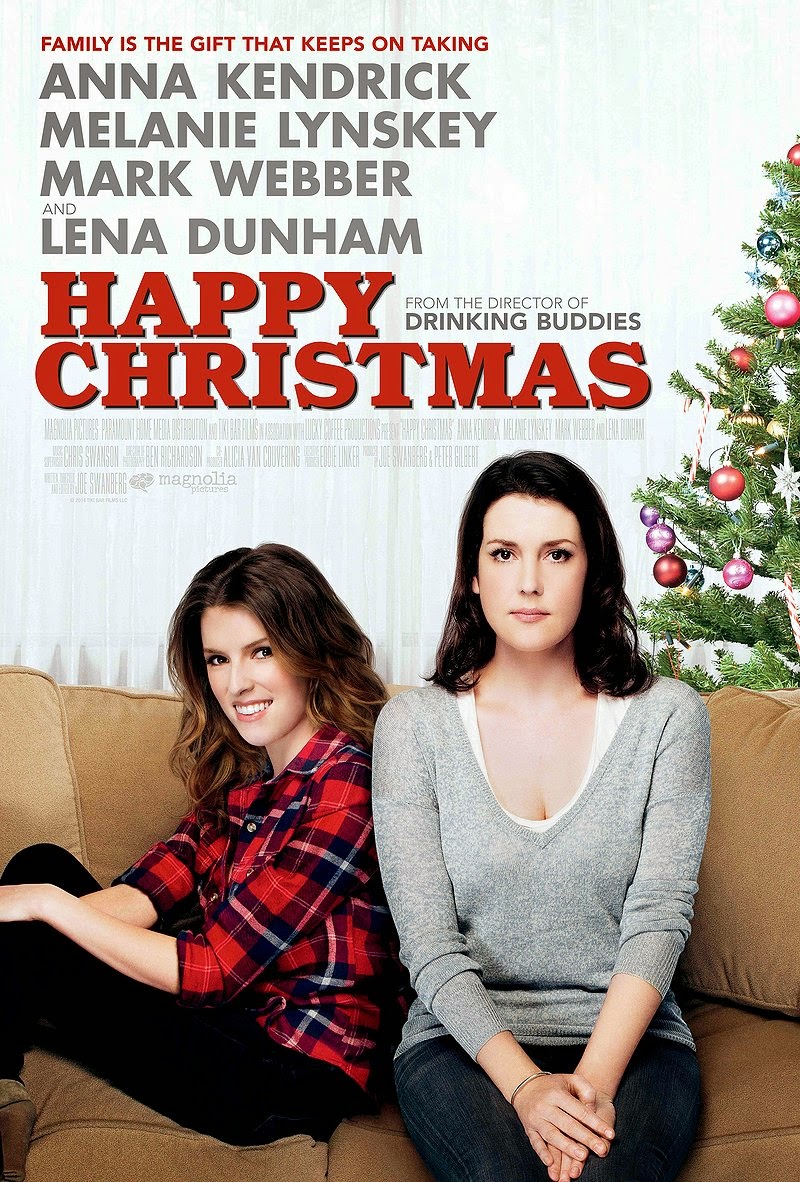 I'll tell you right now, it is truly remarkable how much Happy Christmas seemed to highlight the personal lowlights of last week's holiday festivities. Sure, it's not a carbon-copy of what happened with our brood, but damned if it didn't feel close. Really, really close.

Jeff and Kelley are preparing for Christmas with their young son Jude, when Jeff's younger sister Jenny shows up from out of town. Jenny (an intentionally annoying Anna Kendrick) is moving in, and the plan is that she'll be able to help out by watching the kid. Lucky her, she even gets to move into their sweet ass basement bar, a room Jeff rarely, if ever, uses.

Her first night home, Jenny heads out with her friend, Carson, to some sort of hipster party where she gets impossibly trashed. Jenny's so far gone that her friend can't even rouse her, and Carson ultimately has to wake Jeff to come and carry her home. While it's really embarrassing for everyone involved, it's a good thing that it'll never happen again. Promise.

The next day, Jenny sleeps through her prearranged babysitting gig, and wakes to find family friend Kevin (Mark Webber) watching young Jude instead. This guy should probably turn and run in the other direction, but being that Jenny is kind of hot, well, you can only assume what he does next. You can also probably guess how it will turn out, too.

From there, like any holiday reunion with family, it's a roller-coaster of highs and lows, lightly sprinkled with substance abuse and misguided bonding. Oh, and it ends on a down note, further adding to its authenticity.
Read more »
Posted by m.brown at 11:29 PM 10 comments:

Email ThisBlogThis!Share to TwitterShare to FacebookShare to Pinterest
File this under Big Daddies and Little Sisters

They’re everywhere. In fact, their numbers seem to be steadily climbing.

As a kid, it was incredibly difficult to avoid them. In fact, I was the poor bastard that was usually trotted out as a last resort. One of those sacrificial lambs encouraged (that should read forced) to just have some fun and give them a chance.

You’d think that I would have learned my lesson by the time I reached adulthood. You’d think I’d never again willingly spend another moment, not even a second, with another loud-mouthed, ignorant jerk.

Tammy was actually worse than I expected. And I expected bad.  I was thinking charmingly bad, but this is just bad bad. Melissa McCarthy, for me, is on the clock. Time is running out on her once-amusing shtick.

Presented as a comedy, Tammy might actually be more at home being labeled a drama (if not an outright horror film). Tammy, after getting fired from a fast-food joint, comes home to find her husband is having an affair with a neighbor. She storms out, and along with her grandmother (an intermittently affable Susan Surandon), hits the road in an effort to deal with her crumbling personal life. Hijinks ensue, curse words are uttered, but damned if I didn’t care about any of it.

While I appreciate that this flick was a joint effort between McCarthy and her husband, first-time director Ben Falcone, that fun fact doesn’t trump how overwhlmingly abysmal this film is. I laughed a few times, and shockingly – my wife watched the whole thing – but it’s still such an uneven mess. Maybe it could have worked as an unrelentingly crude comedy (like The Heat, for example), or perhaps as a more straightforward drama with occasional funny bits (there are some valid themes worth exploring), but the final product is an unholy mix of terrible jokes and lame attempts at saying something. When the heavy moments come, they feel out of place and ridiculous.

Email ThisBlogThis!Share to TwitterShare to FacebookShare to Pinterest
File this under Tam and Cheese (on Why?)

This moment is a pearl.

It's kind of embarrassing now, but when I first started dating my wife...well...there was this song. It was the first track on the CD (which I had to connect through a f--king cassette adapter [yes kids, that was a thing]) and I would play it as soon as I got in the car after spending hours enchanted with her. As much as I didn't want to leave, I was secretly thrilled because I was taking the first steps to seeing her again. I would play this song - as loud as I could get it - and basically f--king soar the half mile back to my off campus apartment. We were just starting out (this is pre-everything), and this was that time when my love for her literally consumed every waking thought I could muster. And that song? Well...

...it was the soundtrack. 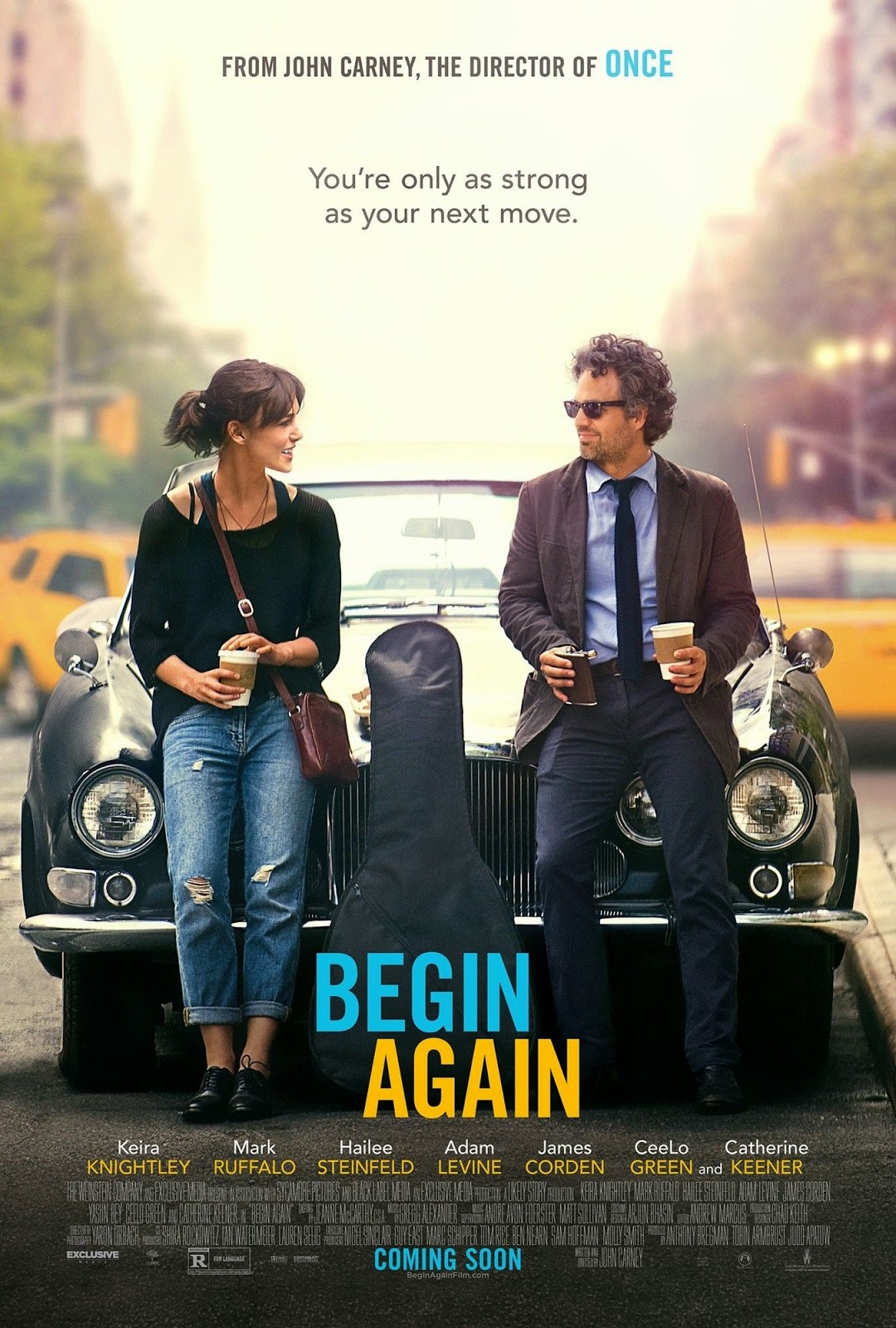 The relationship between music and love, love and music (however you want to put it), has been depicted in movies a million times, a million ways. But never has it resonated with me as strongly as in director John Carney's Begin Again. Like that song that brings me back to one of the happiest times in my life, Begin Again is a film I could experience over and over. For me, it was just about perfect.

Though it's set in an extremely contemporary New York City, Begin Again basks in a timelessness. Taking nods from one of my favorite movies ever (It's not Jerry Maguire), this film tells the story of a once-successful executive abruptly fired from a company he started. It seems time has passed Dan by (a brilliantly charming Mark Ruffalo), and while the music industry has changed, he hasn't. He insists he still has it what it takes, even if no one really believes (in) him. Initially, I didn't either.

Meanwhile, twenty-something year old Gretta (the understatedly luminous Keira Knightley), fresh off a devastating breakup, decides she wants to leave NYC and head back to the U.K. She dabbles in singing and songwriting, and it's fitting that her last act in the city finds her performing one of her own songs to a room full of uninterested New Yorkers. Her man has rejected her, and the city is about to do the same. The song ends, and outside of her supportive friend clapping like an idiot, it's all coughing and clinking glasses.

Well...except for this one scruffy, half-cocked older gent. He thinks she's incredible.

Email ThisBlogThis!Share to TwitterShare to FacebookShare to Pinterest
File this under The Sound of Music

Let it be no more.

Possibly to the detriment of increased readership, I always start my posts with a personal story. Usually it's very loosely related to the film or its themes, or sometimes, just an incident from my unspectacular life that I was reminded of while watching. But as I'm just north of my four-hundredth post, these introductory paragraphs are getting harder and harder to come up with. Soon, I'm afraid, I'm going to have to dust off some already published stories and reimagine them. Maybe tell you the dreaded untold story... 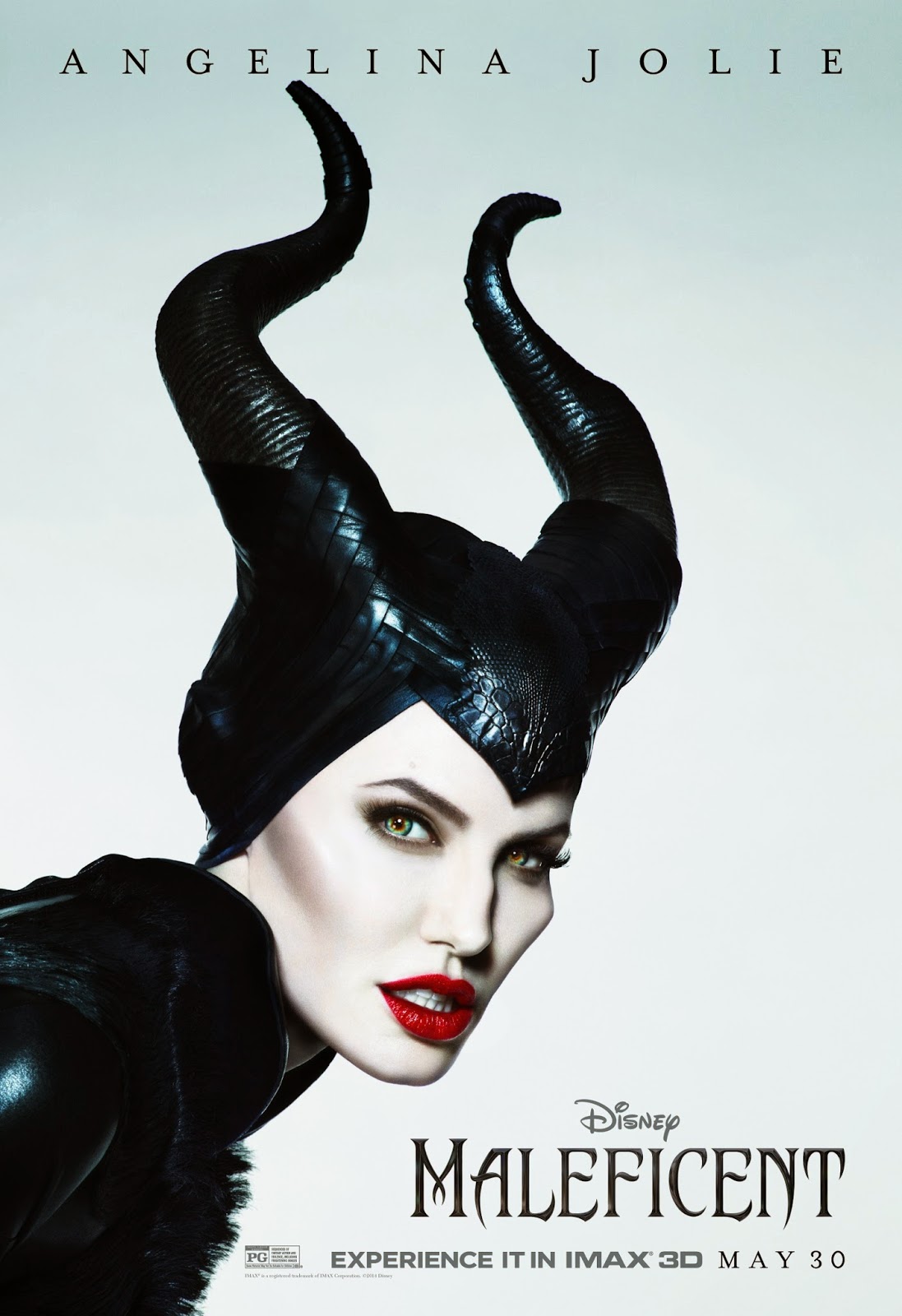 I'll tell you right now, outside of spending an hour and a half with the impossibly sexy Angelina Jolie, Maleficent simply isn't my kind of film. Yeah, I've said it before, I'll watch anything, but I never said I'd enjoy doing so. And while Disney's latest live-action version of a beloved classic doesn't unseat Tim Burton's Alice In Wonderland as biggest turd ever, it further cements the fact that these flicks simply ain't for me. With or without Lara Croft.

Let me be clear: this isn't a bad movie. Not offensively so, anyway. It's just that outside of an enchanting Angelina Jolie, for me, there wasn't much else to care about. The effects are nice, sure, and the script somewhat clever. Hell, I even liked the supporting cast, too. But for a guy clearly outside the target demographic, I simply didn't give a damn about any of it. In fact, I rented it for my wife (and my aforementioned unrequited love of Mrs. Brad Pitt), and that crazy bitch fell asleep before Jolie made an appearance. Just  kidding. She's not crazy...

Email ThisBlogThis!Share to TwitterShare to FacebookShare to Pinterest
File this under (My Wife was) Gone in 60 Seconds
Newer Posts Older Posts Home
Subscribe to: Posts (Atom)