This monster thing has got to stop, okay?

It was probably just my brothers f--king with me, but when I was a little kid I distinctly remember a low, breathy voice telling me to look toward the window. While that might not sound like much to you, I hated looking out that damn window, as all the potted plants lining it looked like little creatures when backlit by the moon. *shudder*

So that night, as a hopelessly terrified five or six year old, I ran out of my room to my two older brothers, and managed to say, Eddie! That scary voice that you heard? I heard it too! Shockingly, they didn't laugh, but instead it seemed like the life had immediately been sucked out of both of them. Eddie had heard the voice... 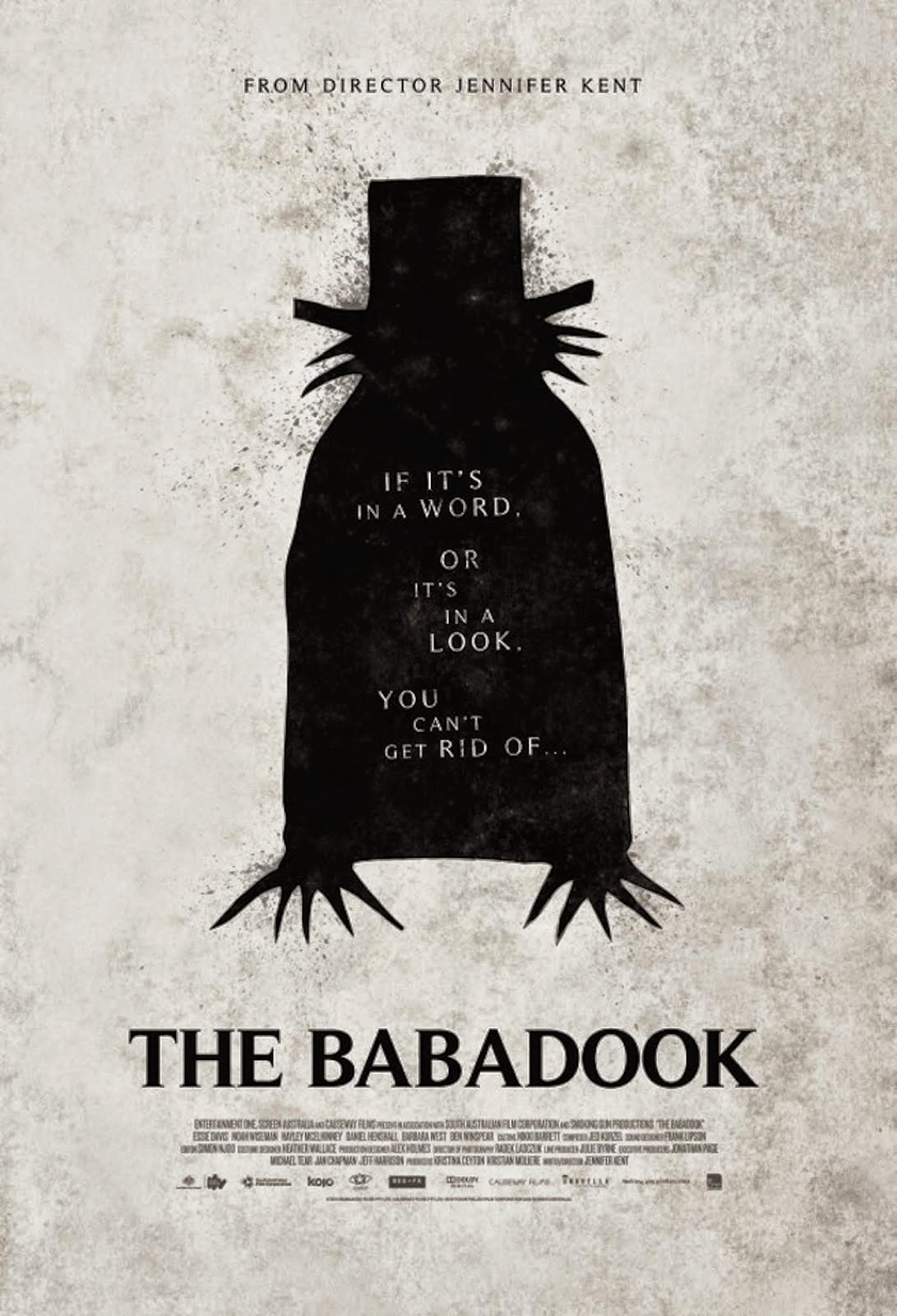 The only thing creepier than being a freaked-out little kid, is being the parent of a freaked-out of little kid. I say this not only as someone whose young son tearfully staggered into his mom and dad's bed again, but also as someone who recently finished the chilling Aussie horror flick The Babadook. The monster might be scary, but the kid? The kid is f--king terrifying.

Single mom Amelia is having a tough go. Her job sucks, she has zero love-life, and -most pressing of all- her son Samuel is a real handful. We've all known a kid like Samuel: wiry, jittery, with perpetual dark circles under the eyes. He's a good dude, but with his (hopefully?) over-active imagination, he's a tough one to be around. He plays rough, he talks about monsters and death, and ultimately, no one really wants to spend anytime with him. Even his mom to a degree. And watching her struggle with Samuel, I felt two things: bad...and really, really fortunate.

After being expelled from school, Samuel is home a lot more. Mom is already at her wits' end, but this increase in face time with her young son is completely exhausting. One night, before bed, Amelia says she'll read him a story. He bounces over to the bookshelf, only to return with the lone colorful item in their house: the blood-red copy of a pop-up book titled The Babadook. Mom doesn't recall buying this one at Aussie Target, but goes ahead and reads it anyway. And to quote one of my favorite Sublime songs, that's when things got out of control. 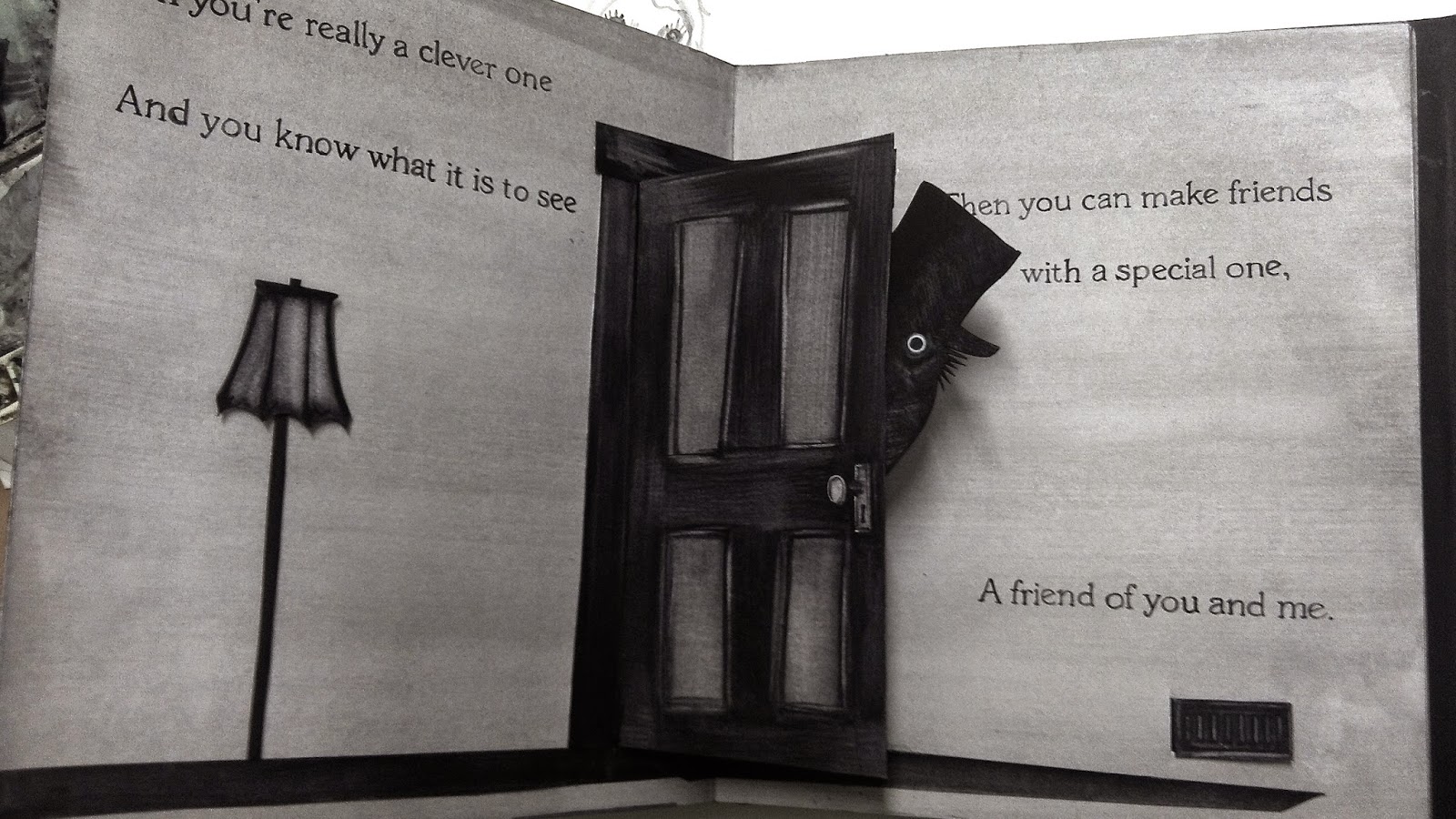 I'm not going to spoil it any further, but it's safe to say that this one is worth the watch. While the story and accompanying madness are both quite solid, two things really stand out. Both lead actors are phenomenal in conveying the increasingly suffocating sense of terror. Noah Wiseman, playing Samuel, is particularly haunting, but Essie Davis as his mom is no slouch either. Her descent into madness is equally harrowing (and plausible). As frightening as the fantastic elements get, the real scares come from seeing these two unravel.

Making it worse, or better (depending on what kind of sick bastard you are), is arguably the best creepy house in horror-movie history. Director Jennifer Kent has crafted something so impossibly depressing yet gorgeous, you could watch The Babadook with the sound off and still be completely enthralled. And terrified. There are a few (very quiet) moments that might scare the piss out of you.

Speaking of embarrassing smells in your pants, here are the Yays and Boos. After the debacle that was Mama [review], these two swore they'd never revisit Scary kid in a Scary house, but The Babadook righted those wrongs. Well...most of them. Those moths simply can't be undone.

Yaaaaaaaay!
Boooooooo!
Tonight I would have read my son a book before he went to bed, but unfortunately he's sick and passed out long before I had the chance to. But when he gets better, I'll be quick to get right back to reading him a story.

As long as I can find the receipt for the book first.

*Cue the ghostly music as I wiggle my fingers above my head (but f--k you, I stand by the authenticity of that story).
Posted by m.brown at 11:01 PM

Email ThisBlogThis!Share to TwitterShare to FacebookShare to Pinterest
File this under What's Black and White and Dead All Over?