BLOGATHON: This is 'How I Work' 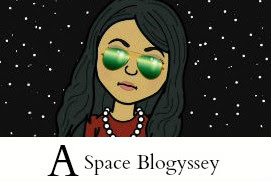 For her first blogathon, Mariah over at A Space Blogyssey is asking fellow bloggers to share the finer points of how they create and maintain their blog. Maybe I should say blog again. Anyway, it's a very cool idea that allows everyone involved to get a closer look at the inner workings of the many talented and beloved bloggers around the web. And me.

With that said, let me slowly pull back the (curiously stained) curtain on Two Dollar Cinema. Which, when I look at some of the other entries, might as well be stapled on a telephone pole in your neighborhood, rather than exist shoulder-to-shoulder with people that actually use the internet.


1. What apps can you not live without? Honestly, despite being on my phone all the time, I don't have any go to apps. Outside of not actually being able to be reached, I'd be totally fine with throwing my phone in a f--king river. I love it, sure, but I gotta start looking up. Or even forward, you know?

2. What is your favorite blogging app? Um, I have Blogger on my phone but rarely use it. I used to use some standard voice memo app to record stupid ideas I had, but I would never go back and check them (typically, I'd forget I recorded anything). So, sadly, I just email myself notes or ideas. There was a point where I took notes on my phone (at the theater), but after a public scolding, I kick it old school and write quick notes in a journal. And when I get home? Yeah...they look like the scribbles of a psychotic caveman.

3. What gadgets (besides your phone) you can't live without? My PS4. This is how I get to Netflix, and without Netflix, I wouldn't watch nearly as many awful films as I do. Oh, and that's where Curious George lives. That adorable monkey is a lifesaver. Unless you choose the wrong episode.

4. What lifehacks make your life easier? All things considered, my life is pretty easy. I have a great family and have just enough money to occasionally do something cool. But shortcuts? There'll be none of that, thank you very much.

5. Where do you get your news? Twitter. With a super-sensitive almost six-year-old, I gotta keep my news intake on the low. I follow some local news outlets, but that's about it. For the big stuff, I lean on the smart folks on Twitter to keep me in the loop. Late at night I might look around (at news, jerk), but otherwise I'm barely a competent adult.

6. What are your favorite social media apps? I'm a teacher, so I stay off all social media except Twitter. Kids hate Twitter, 'cause it's for old people', which is code for words are boring and difficult.

7. How do I blog? Late at night. I would bet my average post time is after 1:30 in the morning, which isn't ideal, I'll admit. I have a very set pattern. I watch a film, take a ridiculous amount of notes, then edit them down to what I'm going to use. But during/after the movie, I'm always looking for an angle to open my post. This can be maddening. I probably should just dive into the film, but I actually like the challenge of developing some potentially obscure theme. I write Two Dollar Cinema as a journal/letter to my kids (when they're grown), and want to make it personal. And...I do this very publicly. Makes sense, right? Right?

8. What is my day job? I have the best job ever...in July, as I'm a middle school English teacher. I know, I know, but this is so poorly written. I didn't say I was a good teacher. Or is it well teacher? I always get those confused.


A special thanks to Mariah for the invite. Go check out her site. I don't visit nearly enough, but it's rad nonetheless.
Posted by m.brown at 1:32 AM

Email ThisBlogThis!Share to TwitterShare to FacebookShare to Pinterest
File this under Assuming this Works