No measure of time with you will be long enough. But we'll start with forever.

Everybody has things in their life they say they will never do. Me? I will never type ell-oh-ell in a text (you see what I did there). I will never kiss a man (on the mouth). I will never get hooked on meth (again). And, I will never see a Twilight movie (ever). Well, three outta four ain't bad. 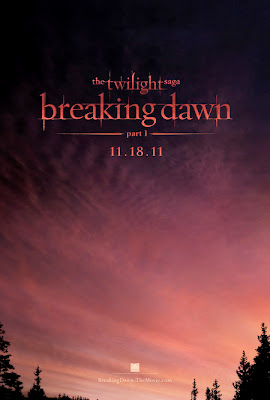 So, how the Hell did a badass mofo like me end up at The Twilight Saga: Breaking Dawn - Part 1? Simple. A friend of mine wanted to go and she had nobody to go with. Being that I often find myself solo at the movies, and I already had clearance, it was win-win. Well, almost. We happened to choose seats where the worst people alive were in earshot. Seriously, people. Shut your mouth, phone and while you're at, ass. If this were 1950 would you have had a flashlight and a typewriter? 'Cause that would have been marginally less annoying, you rotten bastards.

So, about the movie? Well, let me quote one of my all-time favorite movies, The Big Lebowski. Walter, played by John Goodman, says this to Steve Buscemi:


So you have no frame of reference here, Donny. You're like a child who wanders into the middle of a movie and wants to know...


This is how I felt most of the time. I knew whatever it is that everybody knows about these movies. Bella's the chick who's bummed because she only weighs 75 pounds. Edward is the vampire dude who looks like he's always reading something far away. And then there's Jacob, who's either frustrated or shirtless. Or both. These three have a complicated relationship I gather, and apparently you have to choose sides. Really, people, really? Whatever, I used to be wrapped up in the personal affairs of fictional characters, too. Then I turned seven.


Despite that little rant, I didn't hate this movie. I thought I would, I really did. I had a million snide comments to make, but I was trying to be respectful. And the douche behind me was taking care of it, anyway. For example, upon seeing a deteriorating Bella, this wordsmith exclaimed, "She look like a crackhead." Brilliant. He got a decent laugh, too. Damn you, York, Pa. Damn. You.

Look, much like the Harry Potter movies,  if you're interested in seeing part 4, reviews don't matter. I mean, is there anyone alive in the world who's calling it after the first three? No, no there isn't. But me? I'm good here. Maybe, maybe I'll catch the next one to see how it wraps up, but won't deuce myself if I don't. I'm not sure how much more melodrama I can take. How can every single word be the most important thing ever said? Simple. It can't.

Though it dragged at times (by that I mean damn near always), I was into it a little bit. Like being at play in a foreign country that has one hot girl in it. You occasionally pay attention, but you don't really listen. Or care.


Some questions before I go:
Posted by m.brown at 2:06 AM

Email ThisBlogThis!Share to TwitterShare to FacebookShare to Pinterest
File this under Wedding Night Jitters