The Dump #1: Disney Does It Again

Look, we all know it's never going to stop.

When it comes to these live-action Disney remakes, you can love it, or you can loathe it, but either way? You're going to have to accept it. 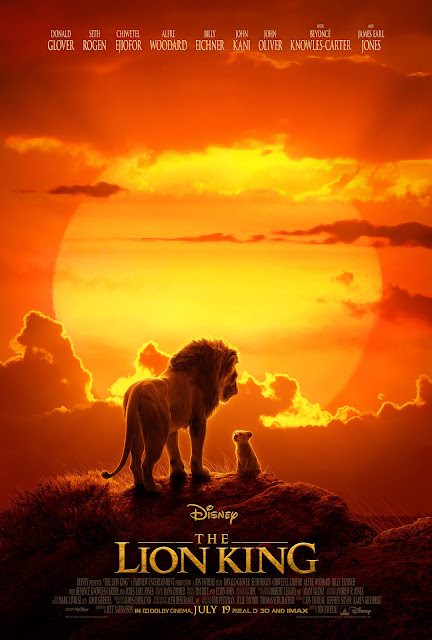 I didn't want to see The Lion King remake. After initially raising an eyebrow (or two) at the trailer, the lukewarm early reviews made it seem like it was legitimately skippable, even with that badass cast. And when my dog died suddenly the week after it came out, there was no f--king way I was going to see a flick brimming with adorable animals. Not a chance in Hell. But then...well...overwhelmingly out of character, my son suggested we see it. I was too wrecked to pick up on it, but my wife pulled me aside and let me know Matty wasn't into the flick at all, but he just thought I might be happier at the movies. He'd probably never seen his dad cry so much.

Oddly enough, the next night, in an attempt to rejoin society, my wife and I attempted to see Once Upon a Time in Hollywood...but that f--ker was sold out. The only movie that still had seats? The Lion King.

Fittingly, my wife fell asleep ten minutes in, leaving me to hate-watch Disney's latest remake all by myself. Oh, I had three high-school girls to my immediate right, and though they weren't too pleased with the antics of Uncle Scarface (I shit you not), they seemed to enjoy the flick....whenever they inadvertently looked up from their phones. But me? I detested almost every (Seth Rogen-free) second of this CGI nightmare. I love Favreau so I'll go ahead and blame it on being absolutely gutted over my dog, but being that I loosely connect the two events (the flick and losing my pup), I will absolutely never give this film another chance. 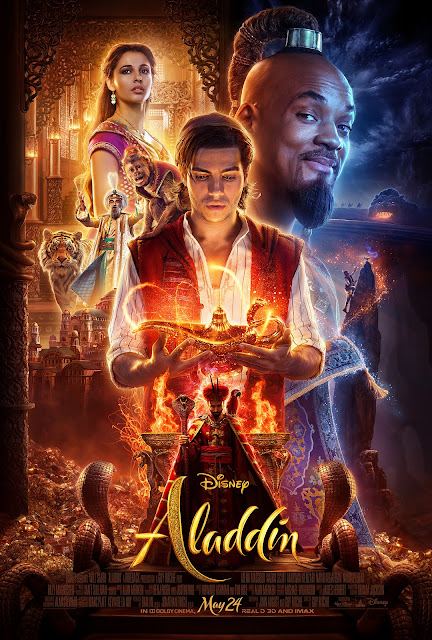 Three nights later, with my kids in tow (and feeling not miserable), the entire family managed to catch Guy Ritchie's Aladdin, which was, improbably, still being shown at our local theater (once showing a day...but still). Recommended to me by my younger brother Nikos (who generally never admits to enjoying anything remotely popular), I was absolutely pissed when the credits rolled. I mean...

...why didn't anybody tell me about this sooner?

Aladdin is so good, so relentlessly charming (and colorful), it's a crime it isn't considered the absolute pinnacle of the live-action movie Matterhorn. Bouncy fun from start to finish, this endlessly good time undid all the bloated awfulness of The Lion King and had me and my wife grinning from ear-to-ear. Sure, my kids were a bit...indifferent, but what do they know? Half the time, they just show up for warm popcorn and cold drinks.

While questions swirled around the casting, ultimately the only real controversy here is who I loved more, Mena Massoud as Aladdin or Will Smith playing the Genie. Clearly I'm kidding, as Naomi Scott's Jasmine stole not only my heart but I swear I was wearing pants when I got to the theater. No matter, as anything I left behind was for totally a gift for her majesty.

I don't know what's up next for Disney in the live-action abyss we're all treading water in, but whatever it is, somewhat tepidly, I'm in. Really. Even if the tales/tails are old as time, it would appear that there's a chance you'll actually see something new. Something, dare I say...good?

Like I said, you don't have to like it, but goddamn it...eventually, you have to accept it.
Posted by m.brown at 11:09 PM

Email ThisBlogThis!Share to TwitterShare to FacebookShare to Pinterest
File this under Man I'm Glad I Called That Guy