I'm telling you, this is the one.

Would you want to be the president? Really? I don't think that I would, honestly. Yeah, the power and the control would be unmatched, but so would the stress and the bullshit. Seemingly, you could make an actual difference, but as I get older I feel that's not the case. At all. Maybe it's the way the media frames it, or maybe it's simply the truth, but it seems like nothing truly important gets done. Ever. Maybe if I was dirt poor, I'd feel it. I'd know it. Or maybe (and this is a much less likely maybe) if I was really rich I'd feel it on that end. But being a decidedly average sub-middle class jerk? Business as usual, friends.

My groundbreaking insights lead us to yesterday's political thriller, The Ides of March. Directed by and starring one George Clooney, this 2011 flick is tightly-paced and superbly acted. I don't watch a lot of political thrillers (although I loved The Phantom Menace), but this one hooked me rather quickly. Clooney hasn't taken a misstep since, I don't know, Batman and Robin? The guy simply delivers. Always. He's like a less-douchey Karl Malone.

Joined by a stellar cast consisting of consistently awesome actors, Clooney shines in the small(er) role of Governor Mike Morris. I know, I'm a Tiger Beat poster away from basically divorcing my wife and legally changing my name to Michael Clayton, but seriously, Clooney is the perfect guy to play a likable, everyman politician. Shit. I might even vote for this fictional character if given the chance. Just kidding. I'd never actually vote. That's for dorks.

Okay, I'm drifting - let's reel it in here. I really enjoyed this flick, a lot more than I thought I would. It's timely, it's interesting and it's also very, very frustrating. Huh? Well, it clearly shows you how frickin' impossible it is to believe in just about any politician. Simply put, there are no good ones. None. It's just choosing the least horrible of the bunch. It's a lot like reading my posts actually...

On that note, let's break it down with some Yays and Boos, can-you-believe-this-guy-was-on-The-Facts-of-Life? style. 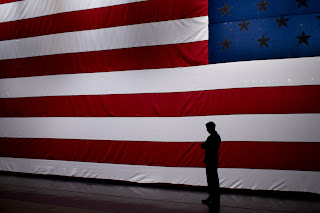 Booo!
And on that, I'm out! If you have another minute in your precious day, take a peek at my sister's site. It's linked in the corner, or you can just click here. Oh, and I'll just apologize now for her antics. I don't know where she gets it.
Posted by m.brown at 6:31 PM

Email ThisBlogThis!Share to TwitterShare to FacebookShare to Pinterest
File this under Lousy Smarch Weather