If there's one thing you should never do when you're tired, we all know it's operate heavy machinery, right? Right. It almost goes without saying. I mean, you could really hurt yourself driving a forklift on two hours sleep. F--king lose an eye, or a toe or something.

Recently, I found something else you should never, ever do half-asleep. Luckily, the only thing I lost was my bones. All of them. Oh, and my f--king mind. 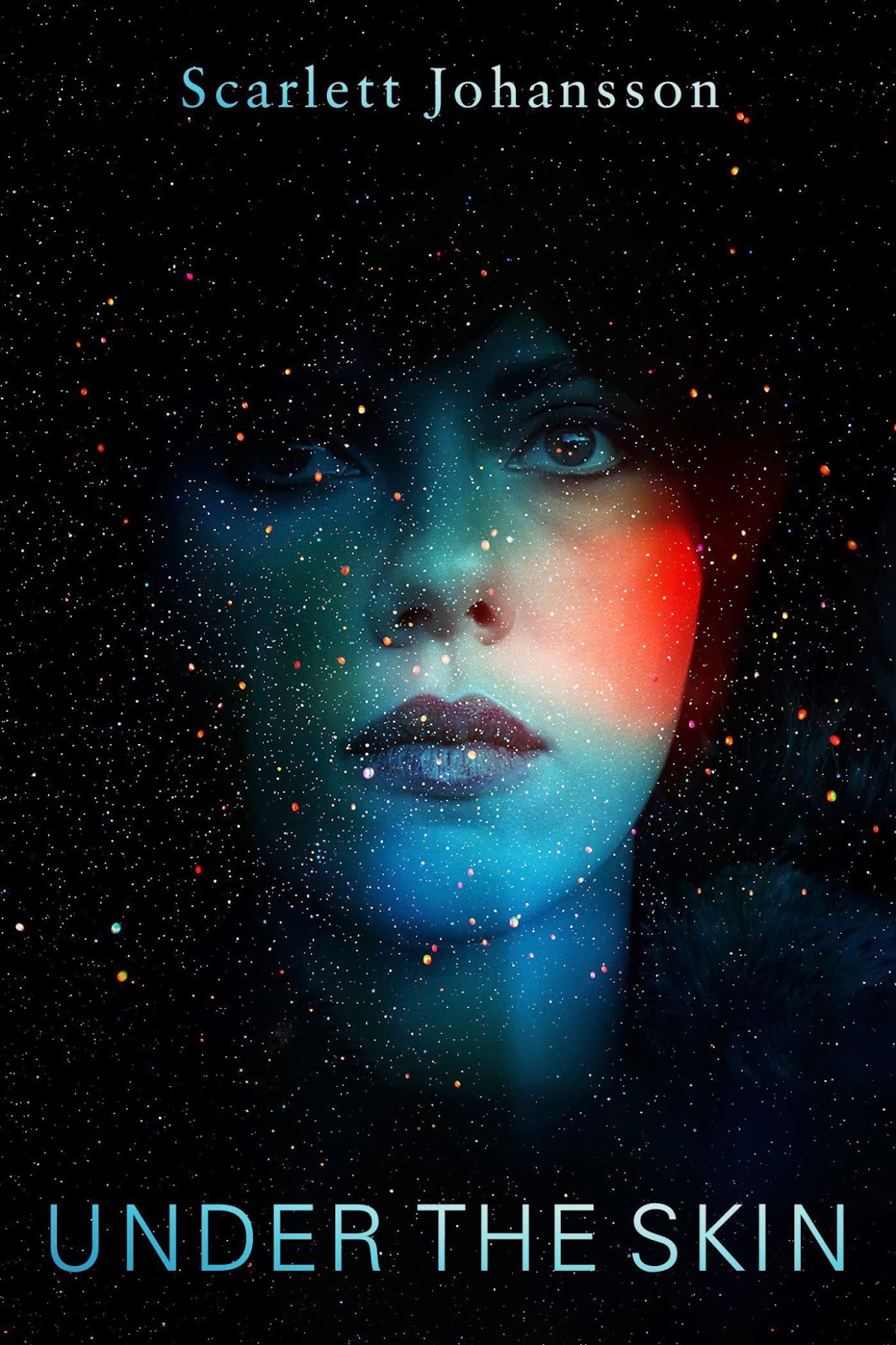 Honestly, I didn't have a f--king clue what Under the Skin was about before (or after, sadly) I 'watched' it. Deafened by the buzz, I had stayed away from anything resembling a review and went in totally blind. And exhausted, apparently, as I found myself routinely making those gasping noises one makes when their head -mouth wide open- snaps back into place after a seconds-long coma. Obviously it's no way to watch any movie, but I'm telling you, it makes this one literally impossible. I probably had a better chance of being invited to Brad and Angelina's wedding then ever making it through this um, experiment film.

Days after, I had checked out a review that Sati at cinematic corner. linked to (it was Angela's review at Cinema 13), and at last got some clarification. Had I not read that, this post simply would have been random letters and numbers as I would have likely typed it exclusively with my tear-strewn face.

Anyway, according to Angela, this movie is about an alien. A fairly hot alien, that is (even if a little dirty, and dressed like a Romanian hooker), who drives around in a van, luring men into some sort of death trap. If you can call an infinite ocean of black goo a death trap. Anyway, this chick is pretty content at devouring the random douche from the club, until one day she sees something that sort of derails the mission. Apparently, she develops a bit of humanity and everything is knocked on its sexy ass. Again, this is my poorly written version of a much more elegant post.

Look, I was alert and excited when this f--ker started, but due to some um, stylistic choices in the presentation, not too mention being a f---king moron and unable to think for myself, I felt like I'd been run over by a van as the film progressed. Like the guys in this film simply trying to get laid, I ended up having the life sucked out of me. There were some scenes that I watched probably a half dozen times, simply trying to ascertain a reason for their existence in this film. And no, they weren't the nude scenes, either. Dick.

Bottom line, I'm in no position to recommend (or not recommend) this flick, but all I can tell you is, for the most part, I didn't care for it. Maybe had I read the book, or maybe had I injected Five Hour Energy directly into my heart prior to starting the film, it's possible I would feel differently. Hell, maybe I simply need to see it again. But the way things are around these days, I can fall asleep pretty much standing up. I don't even need a thirty-second shot of ScarJo driving a f--king van. Again.

After a ten-day absence, here are the Yays and Boos. There was a minute where I thought I might hang them (and this whole blog) up altogether due to my new job stripping me of ability to function beyond 7pm. Turns out, it takes more than 60 eighth graders to kill them. Though the four-day weekend doesn't hurt.... 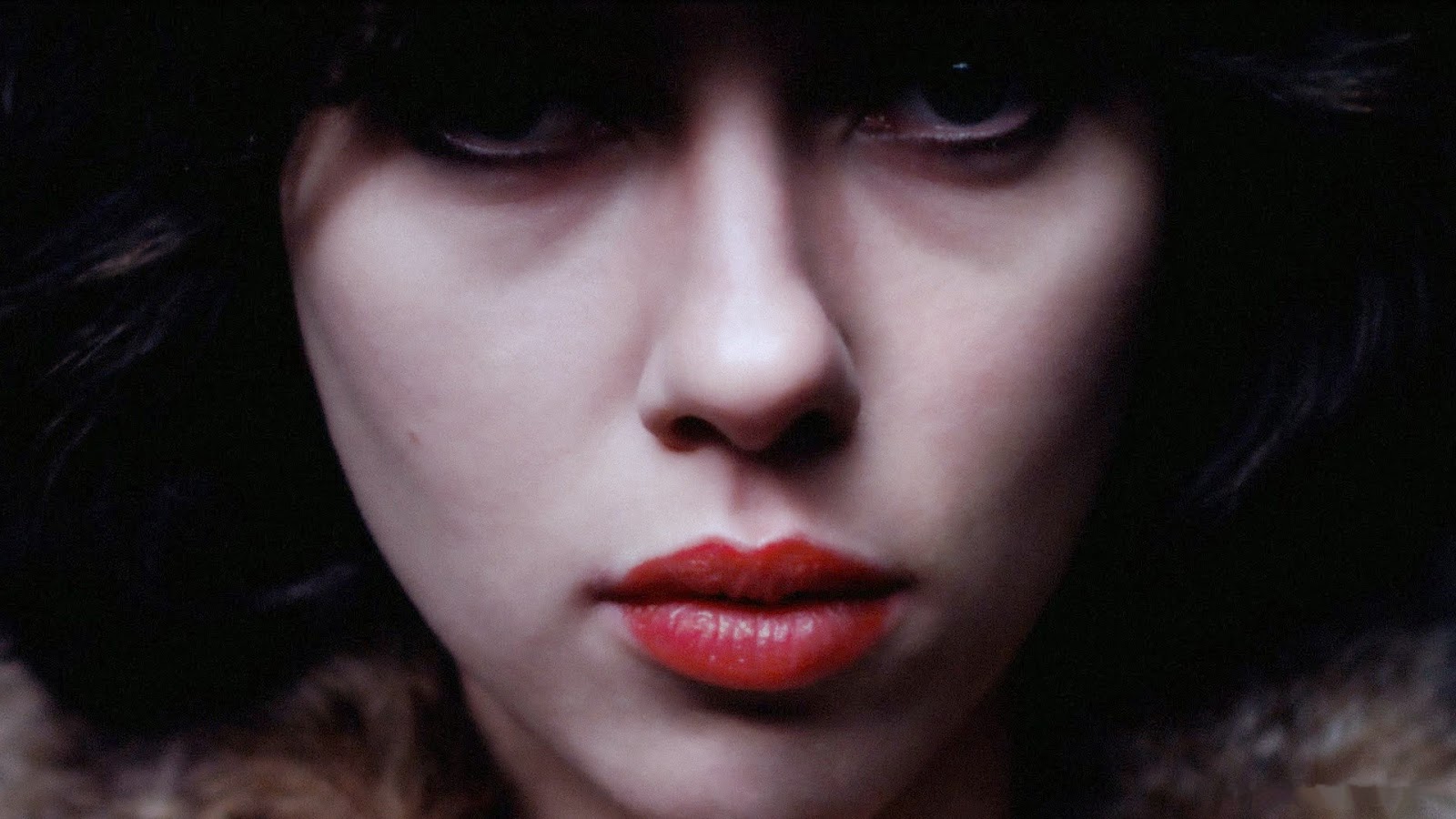 Well, I'm pretty tired now, so I should probably head to bed. All I have to do is brush my teeth, take a leak, and maybe I can get some much-needed rest. Shit. I almost forgot. I shouldn't operate heavy machinery when I'm tired.

Email ThisBlogThis!Share to TwitterShare to FacebookShare to Pinterest
File this under It's a Van Go picture