Why is sex even bad?

My prom night was the worst. Full-on golden sombrero.

1) I took my best friend's girlfriend. K looking.
2) I was named prom king, but didn't even dance with the queen, who was essentially the girl of my dreams/the girl I was no longer...dating? [super vague was how we rolled] Swinging on high heat.
3) I bailed on the all the post-prom parties, and instead went to the f--king movies like an asshole. I won't even make it worse and tell you what I saw. Down looking on a knee-buckling curve.
4) The fact that I'm willing to admit any of this, let alone compare it to my wife's own prom story (more on that never)? Strike three. Bases loaded. Get the f--k outta here. 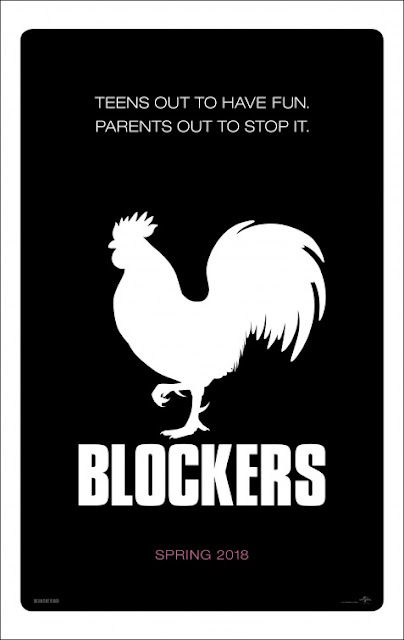 But it also had me thinking. A lot.
And crying.

Julie, Kayla and Sam have been friends for, like, forever. As senior prom approaches (and college looms), it's clear that this night may be their final big blowout together. And what better way to never forget one another...by all losing their virginity on the same night. Um, okay. Sign me up. Er, the 1997 version of me, that is.

Anyway, Julie (the blonde) has a super-sweet boyfriend and a Walgreen's candle, meaning getting boned should be easy-peasy, lemon-booty squeezy. Kayla (the jock) just kind of picked some rando named Connor, and he seems down for...well, for just about anything. Book this one, too. Just do it pencil, as Connor's a bit into herbs and spices, so who knows what condition he'll be in, come Hammer Time. But young Sam? Well, she kind of reluctantly entered the pact to begin with, and her date Chad? Well, he ain't exactly wetting her whistle, despite rocking such a killer fedora. Sam looks to be a long shot on the deal-sealing side of things.


While the girls are all interesting and charming enough, it's the parents that steal the f--king show. Leslie Mann plays Julie's mom, and it's clear she's not ready to let her daughter go, emotionally or otherwise. John Cena owns as Kayla's dad, the gentle giant willing to anything to protect his baby girl. But the most (relatively, anyway) interesting adult, is Sam's dad, played with scummy deliciousness by Ike Barinholtz, the absent douchebag dad tagging along to prevent the prevention. Sublimely crafted, this f--ker is the odd voice of reason throughout the night's adventure.

Less voice of reason, more whisper of insanity, here are the Yays and Boos. My wife may or may not have played hooky from work to attend this one...at her suggestion. My vote was for something else entirely, seeing as we weren't gonna have the kids for a few hours, but this was also enjoyable. Still imagined getting blocked by Blockers? That's pretty f--ked up, right?

Okay, clearly my own prom story sucks ass, so it was good to be a part of one that I actually enjoyed. I didn't really ask my wife much about hers, as I just got the impression it was something I wouldn't enjoy listening to (remember, we live in her home town...so nostalgia can be a real bitch sometimes). So...I ask you, dear reader: what happened on your prom night? Anything you want to share? And don't worry about it being appropriate or not.

Email ThisBlogThis!Share to TwitterShare to FacebookShare to Pinterest
File this under The Sequel Should Be Called PUNTERS