I'm not going to go back and look, but in each instance, I know I said it.

There's no way I will ever see the next one.

Yet here we are. Again. Twice. 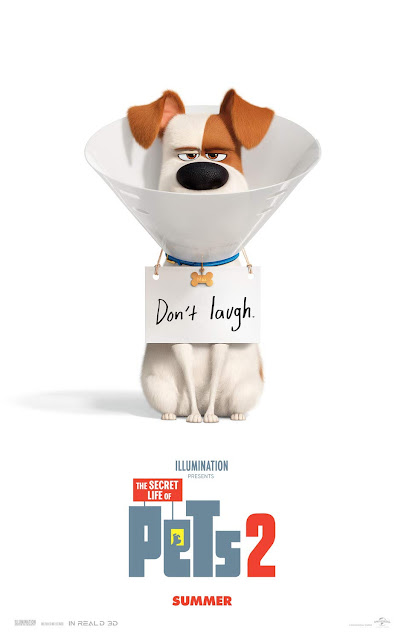 For whatever reason (straight up mind control would be my best guess), my kids wanted to see The Secret Life of Pets 2. Spearheaded by Dad, we more or less collectively hated the first one, so I'm not entirely sure what compelled us to rent the second. Well, outside of some FREE MOVIE RENTAL coupon one of my kids scored while scouring the street alone, presumably after midnight.

Anyhow, we totally rented it...and mostly watched it. If I remember correctly, everybody was there at the beginning, but by the half-hour mark, there could be only one. The one least on-board with this entire endeavor.

Even though you'll probably never forgive me, I'd still like to tell you what the movie is about regardless,  even if I don't remember it. The dog that isn't Louis C.K. anymore goes to a farm while Kevin Hart's annoying ass rabbit has to inexplicably rescue a tiger...and the girl dog loses a moderately beloved squeaky toy. Yep. Even my kids were like what the f--k does anything have to with anything for shit's sake, and I simply had no answer for my potty-mouthed hellions. And obviously, neither did the writers. But who needs answers when you've got money. Heaps and heaps of blood-stained money (this movie grossed 433 million on a budget of 80). I wonder what Scorsese thinks about that... 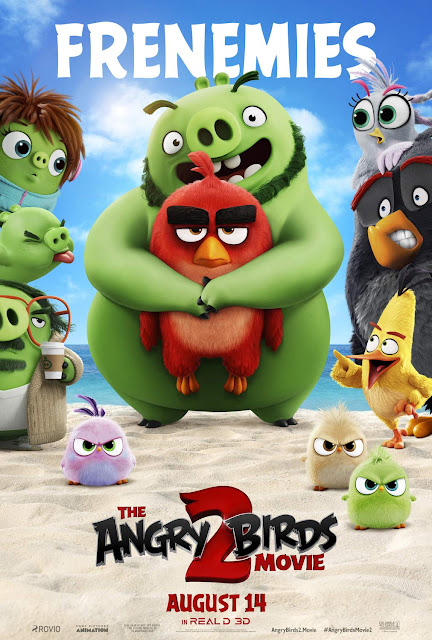 Speaking of someone who deserves a pen jabbed in their throat repeatedly, I was nine-hundred percent driving the bus when I took the wife and kids to The Angry Birds Movie 2. Now, let's not mince words here, upon exiting the theater after the first one, I wanted to not only burn down the theater, but basically our entire town too. Seemed a bit aggressive at the time, but even the almighty Thanos had his doubters, too.

Maybe I've softened in my old age (I've definitely softened [eww, not like that...okay fine...kind of life that]), but while the first one f--king sucked, hooray for school - this one just kinda sucked. There were a few moments of inspired idiocy, but nothing reached the level of that epic piss scene in the original. But frankly speaking, few scenes in cinematic history can hold a candle to one featuring a giant eagle taking a minutes-long leak into a pool the main characters just bathed in.

[This is where I mention Regal's 'See Three, Get Three' promo, and that seeing Angry Birds 2 afforded me digital copies of both Far From Home [review] and Men In Black: International [review]]

[This is where I realize, in terms of my life, I'm doing it wrong]

Yays and Boos - GO! For what movie, I have no idea.


Hopefully you and yours are avoiding unnecessary animated sequels and spending legitimate quality time with your family. As for me? Well, I'll get back to you on that one.

Once I finish pre-purchasing these Frozen 2 tickets, that is.
Posted by m.brown at 12:52 PM

Email ThisBlogThis!Share to TwitterShare to FacebookShare to Pinterest
File this under Iosef Tarasov killed the Wrong Dog