I think the real damage was to my dignity.

I love my sister-in-law. I do. Not only has she had a huge hand in helping us raise our son, but she's genuinely a very good person. But, there's one thing she does that routinely baffles me. When she rents the kids a movie from Redbox, she won't allow the case in the house. Absolutely not. Oh, she'll bring in the disc. But the plastic case it's housed in? No way. It's filthy. Who knows where that thing's been. 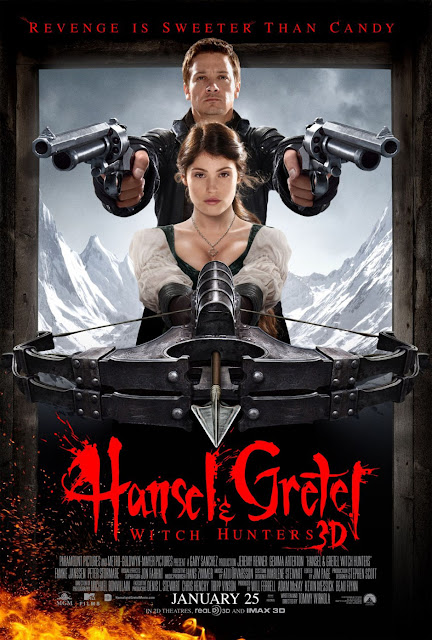 If only I had one-upped her and left Hansel & Gretel: Witch Hunters, disc included, in my Jeep, we'd all be better off. In fact, I should have just left it in the machine altogether. But damned if I'm not a sucker for a hot chick and a short runtime. Quite the diabolical duo, or so it seems.

Anyway, picked up on a whim as a naptime feature and even with zero expectations, I was still left utterly disappointed. Almost angry, in fact. I'll be the first to admit that I was in a shitty mood when I started it, but by the end I wanted vengeance. First, whoever greenlit this shit? They need an arrow to the balls and/or vagina. Secondly, most of the cast? You bitches need to be pushed into a hot oven for even signing up for this one. I just watched it. You a-holes made it. And finally, I blame myself. I might deserve a troll stomp to the groin for wasting $0.32 renting this one. Or slightly more valuable, my time.

If you care, and likely you don't, this flick tells an updated/reimagined/dumber version of the original Hansel and Gretel fairy tale. We still get the siblings lured into a strange candy house. And they still end up outsmarting her and cooking that nasty witch in her own oven. But these kids talk a little shit while they're at it, potentially severing all ties with the original German children's story. And from there? Basically all bets are off. From there it's all bad acting and even worse effects, with terrible dialogue delivered in atrocious accents. But just when you think you'd rather jam a lollipop in your eye than continue watching Witch Hunters, writer/director Tommy Wirkola wins you back with an awesome kill or some chick's shapely ass. To which I reply, as only another famous hunter of wretched beasts could, Clever girl.


Non-existent Robert Muldoon quote quota attained, let's piss off the townsfolk and hunt down the Yays and Boos. Or we could just phone it in and burn everyone at the stake willy-nilly. F--k it. Either way works for me. 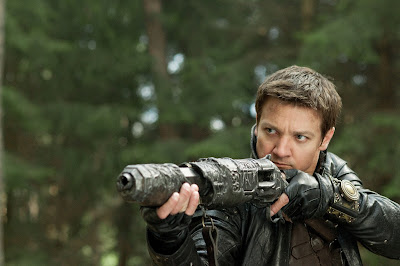 Boooooooooo!
It's likely that my sister-in-law will never rent Hansel & Gretel: Witch Hunters. But if she does, I've got a quick recipe that she can follow that'll allow her to bring the entire Redbox container in her house.

Preheat your oven to 400 degrees.

Should be germ free by then.

Email ThisBlogThis!Share to TwitterShare to FacebookShare to Pinterest
File this under Should've been Hansel and Derek