Against the Crowd '16: BLOGATHON 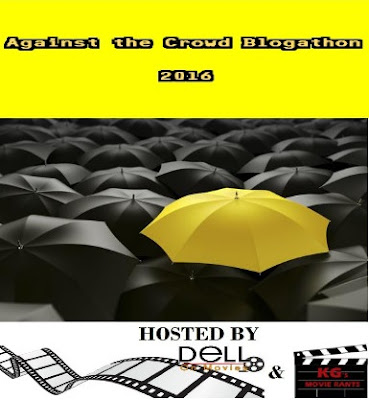 My main man Dell (and his co-host KG) is once again hosting his annual Against the Crowd blogathon, and even though I'm very much up against the deadline, it's impossible for me not to participate (at least without being an asshole in the process).

Everything you need to know is in the title (and banner), but just in case, they explain the rules here.

But as I just said, I ain't got time for that noise, so here's the abbreviated, moronic version of the whole thing: 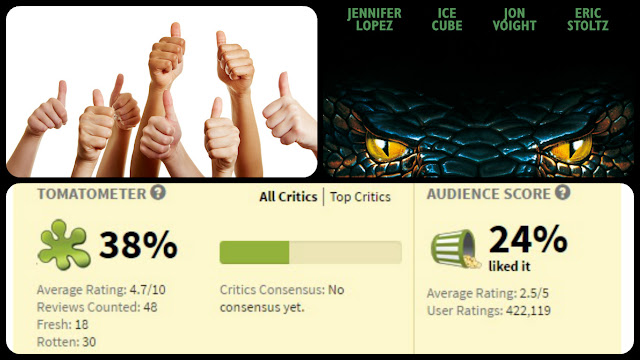 Before those motherf--kin' snakes were on that motherf--kin' plane, the original Anaconda was the pinnacle of reptilian-related ridiculousness. Somehow, according to all the twats at Rotten Tomatoes, Anaconda isn't a great movie. Uh, the f--k it isn't. Not only do you have a giant f--king snake violently throwing-up monkeys on people, rusty tracheotomies, probably the coolest (non-sexual) thing to happen in a waterfall ever, but you also have an oddly fantastic cast. In addition to probably the four most randomly-paired names ever on the poster, you also get Owen Wilson, Danny Trejo and Kari Wuhrer (guys, remember how late you'd stay up to watch something starring Kari Wuhrer's titties?).

But even without all that awesomeness? You have to see what Jon Voight does in this movie. Have to. It is, and I'll choose these words very carefully, the best thing in the history of mankind.

Now, let's go ahead and move on to what is quite possibly the scariest thing anybody has ever seen: dangling bundles of sticks. 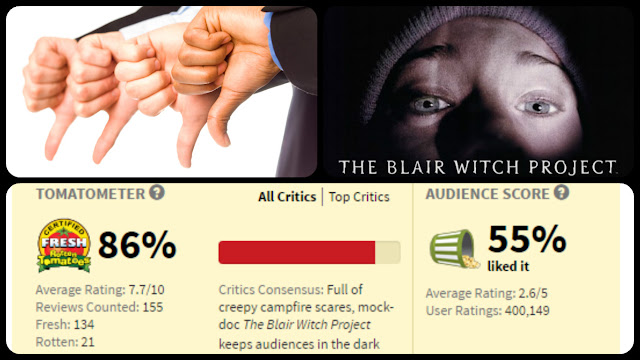 Look, I can't even pretend I really remember the finer details of The Blair Witch Project, but as one of the millions of assholes that was there on opening night, I sure as Hell remember that nothing f--king happened in that movie. Yeah, if you thought it was real...it was kind of intense (and you're also really f--king gullible), but being that I'm not a total f--king moron (no, really) and knew it was all (brilliantly marketed) bullshit, the build-up was ultimately pretty f--king tedious. Like, please God, let a giant bear dry-hump/claw-f--k all three of these punks, Revenant style...immediately.

The end, at least, was fantastic, as that's when shit started to get real...but, further cementing how sucky this movie is, that's also when the credits rolled. For the preceding seventy-five minutes, it was a whole lot of Heather being a whiny bitch and the audience trying not to throw up all over themselves. And it when it finally got good, when we all finally leaned forward? Boom. Movie over. Please throw your popcorn in the trash receptacle, drive safe and oh yeah, f--k off.

Oh, and as the grand-daddy of the found footage genre, The Blair Witch Project also gets a dickpunch for unleashing two decades of bullshit horror documentaries. Thanks for that, you sons o' bitches.
Posted by m.brown at 11:17 PM

Email ThisBlogThis!Share to TwitterShare to FacebookShare to Pinterest
File this under Go to Dell!