For two sweet seconds, I had hope.

I've spent the better part of the last week driving in one massive f--king circle. I've driven in torrential downpours, immense fog, utterly blinding lightening storms and I damn near killed a dude who was probably playing Pokemon Go (might have done that guy a favor, honestly). Hell, I (knowingly) went the wrong way in a parking garage just to get the f--k out of it.

And, no bullshit here, I swear to you, I almost hit motherf--king Big Bird doing ninety miles an hour on the Massachusetts Turnpike (seriously, somewhere John Hammond is missing a prehistoric gull).

Why would anyone put themselves through that level of aggravation? Why would anyone give up their precious time in the summer to do something they know is going to be an absolute f--king disaster?

You know the answer, but I'll tell you anyway: to see family. Oh, sure, it's basically the same f--king people every year, just different versions of familiar faces. You know how it's going to end, even before you leave your house. But, you go anyway. Because you have to. You'd regret it if you didn't.

But the hardest part about the whole thing? Is getting home to realize you did all that...and only a few of them even made an effort. The rest of them? F--king useless. Shit.

Well, at least I heard a lot of a good songs along the way...

While I would never say it to any member of my family, I have no problem saying F--k off to David Ayer's latest film, Suicide Squad. Months and months of hype and anticipation, and a trip to the movies that will likely damn me forever (in the eyes of my mother-in-law [I went the night before we left...oops]) have all been in vain, as this flick is a Bat-punch straight to the dick. And remember, this is coming from someone who liked Are You There God? It's Me, Martha [review].

Look, before I really begin, let me just say two things, maybe three. One, outside of a childhood obsession with the Batman movies (Keaton, etc.), I really don't know dick about DC. If you feel the need to enlighten me, go ahead, but know that I'll be painstakingly laying out a massive circle of guns and knives while you do ('cause I'm f--king intense, okay?). Two, I went to this movie wanting to like it, like, like-like it, like, more than a friend. And that was after I heard it was a fistful of shit-covered kryptonite. Three, it's a f--king movie, so if this one means a lot to you, don't take any of this shit seriously, all right? I don't want your mom to have to tape all your Killer Croc posters together again, okay?


Even if the final product had been, say, entirely decipherable, can we talk about the f--king premise for a second? I actually kind of dig the idea that the world needs to get ready for a bad Superman, and the idea of putting together a squad to quell that possibility is all kinds of rad. But this is your squad? Sure, bad guys are ultimately disposable, but guess what else is? A highly-trained army of WILLING soldiers. And if your argument has anything to do with the bad guys having superpowers, well, I've got a crazy girl with a f--king baseball bat I'd like you to meet. Oh, and her friend who looks like a homeless Danny Zuko and his magical boomerang, while we're at it. 'Cause the pissed-off version of the man of steel probably has more trouble taking off Lois Lane's bra (not that he needs to...) than he would with these f--kers. Just a thought.

You know what? Looking at this blog, who am I to bitch about failed premises? Let's move to the biggest turd in the bed, the opposition. Everybody knows the hero's only as good as their villain, and the bad guy/girl/thing in Suicide Squad is f--king terrible. For a minute, maybe two, something known as the Enchantress is on the team and is totally a valuable member. She has this cool power of transforming from the hottest flight attendent ever to some chick who murders you at a rave in the sewer. Awesome. However...

Apparently, this six-thousand year old spirit-thing inhabits some lady that the leader of the military component of the Squad totally has a boner for (he captains the part of the team no one gives a f--k about). But he doesn't really have her heart, though, as it just so happens to reside in an in case of emergency break glass box that sits on a desk next to, hopefully, a vat of Purell. Anyway, the demon passes on Flag's staff and decides she'd rather bring back her dead brother instead...to rule the world...that they're currently destroying.

To do this, she's going to violently dance in place (imagine someone holding in a fart while twirling an invisible hula-hoop around their waist) while he punches random people in the head with his giant, slimy, black tentacles. Wait. Okay, I wrote tentacles, not...anyway, things are apparently going well, as these sick moves have led to a giant pile of garbage spinning around a beacon of light. And if I've learned anything from watching movies, and clearly I haven't, that there is a portal, and f--king bad things are going to happen. Eventually. See, portals are like your boyfriend's or girlfriend's pants. You can't just open and them and immediately expect hairy monsters to just jump right out. You gotta work it around for a little while.

Speaking of horrid visuals, here are the Yays and Boos. Honestly, the list of offenses goes on and on, but like when I was watching this movie, I'm sure you're thinking, okay, asshole, can we just get to the unspectacular conclusion already? 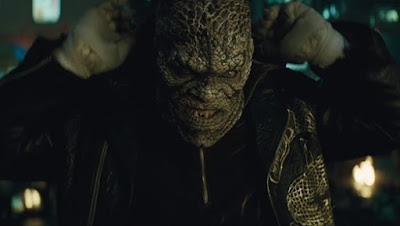 But then you finally get home, finally shit in your own bathroom, and it hits you. That wasn't so bad, I actually really enjoyed parts of it. You know what? Next summer, maybe even the summer after that? You know what we should do?

We should totally do that again.

(but maybe we should cut out a few parts)

Email ThisBlogThis!Share to TwitterShare to FacebookShare to Pinterest
File this under 30 Seconds to Uranus