The Ten: Best Christmas Movies of All Time

It's my favorite time of year again.

No, no. Not the annual Lexus December to Remember sale, silly goose, but that time of the year when some wonderful person invites me to a blogathon...and I basically shit all over it. This year, it's the lovely and talented Brittani at Rambling Film who (accidentally? begrudgingly?) invited me to the party. Better yet, this year? It's a holiday party. So, here it is... 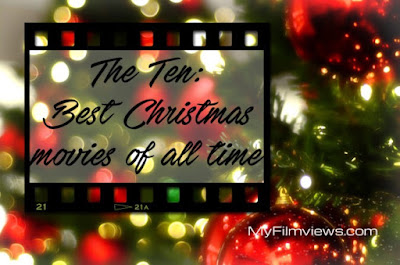 Nostra is the brains behind these rad relays, and this year's race is no different. The premise is simple: ten (Christmas) movies are passed from blog to blog, with each new site being tasked with dropping one flick and adding another in its place. The rules are better explained here, so feel free to pop on over to My Film Views and check 'em out.

For me, the toughest part of these relays has always been not being an uber-dick and tossing out the flick of the person who invited you, you know? So it's a good thing that Brittani jingled my bells by adding Gremlins with her selection. I mean, any movie where a monstrous creature is microwaved by an attack victim, totally deserves a spot on The Best Christmas movies of all time. Seriously.

Turns out, this year, there's a new problem I gotta deal with (I've been dealing with my obnoxiousness for years): The fact that I really haven't seen that many Christmas movies. And on that note, possibly by default, here are the nine Christmas flicks on the Nice list:

Even though I'm only locked in on five outta nine, I'm fairly confident that these flicks all deserve to be carefully wrapped and placed under the tree. But that last one? Let me see if I can find the receipt..nevermind. Scratch that. I used my Redcard. I'm good. 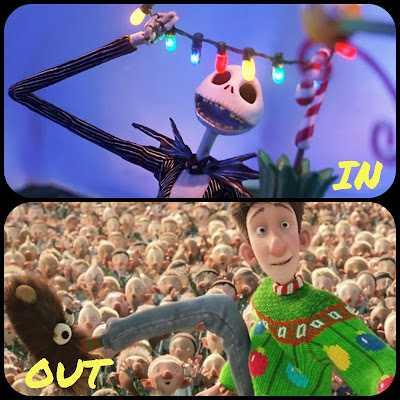 Okay, this might be a little unfair, as I've uh, never seen a minute of Arthur Christmas, but if we're going to only have one animated film in the relay, then it pretty much has to be Tim Burton's Henry Selick's The Nightmare Before Christmas.

Maybe not even a Christmas movie, um, exclusively, but definitely awesome in every possible way, The Nightmare Before Christmas is a flick my family breaks out in both  October and December. The story of Jack Skellington ditching Halloween Town and invading/destroying Christmas Town is easily a classic, and under all that creepy whimsy, is some of the better holiday music around (What's This? may be the best song ever). Sally deals with that duck-faced creeper, Jack hires children to kidnap Santa, people get the scariest presents ever - all sorts of bad shit goes down. But in the end, everything is put back together and Christmas is saved, and we all learn a valuable lesson: Don't f--k with Christmas. You hear that, Artie? Back your shit up.

As I type these words I feel like I've already given somebody an out, with the implication that my stellar pick isn't technically a Christmas movie. C'mon now, I almost went with Mean Girls solely for the Jingle Bell Rock scene, for f--k's sake. It's not like I took off Die Hard and threw up Reindeer Games, you know? Honestly, this isn't even your problem when you think about it.

Unless you're Dell at Dell on Movies. But it's not a problem I'm giving him for Christmas.

Email ThisBlogThis!Share to TwitterShare to FacebookShare to Pinterest
File this under You're a mean one...Mr. Brown