I don't know if this is an appropriate story...

I know you should never say never, but I feel like I'm never, ever, never ever going to be a stepdad. I've got two kids of my own, and trust me - that's more than enough.

If the situation ever arose where I wasn't married to my lovely wife anymore (um, is she divorced me, obviously), I would probably move to an abandoned cave like the Grinch and hope to die as quietly as possible with a dog I taped antlers to.

Remember, I teach other people's kids for eight hours a day. The only solace I take in this miserable existence? At least I don't have to parent them. 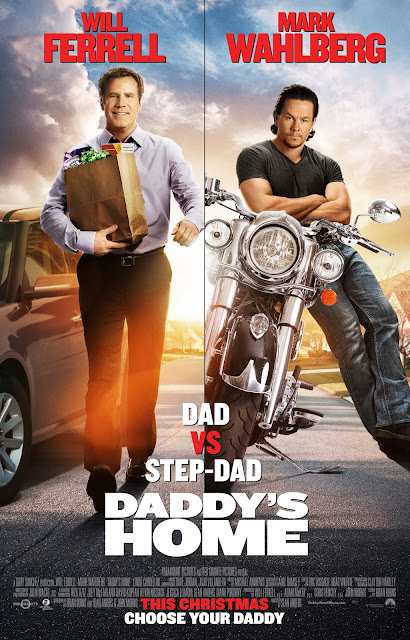 Daddy's Home is the laziest of lazy comedies. Likely written on a Jimmy John's napkin and fleshed out on a series of Post-It notes, this 2015 comedy is as bland and nonsensical as they come. Oh, there are certainly some laughs to be had, but Wahlberg and Ferrell could (and possibly did) do this in their sleep.

Ferrell plays, get this, an adorable loser lacking the respect of most people around him, namely his two step-kids, Sassy and Jerkface (that may not be the names of their characters). Shockingly in reality, but par for the course in a lame comedy, this giant doofus has a (relatively) smoking hot wife. And when her ex shows up to be a part of everyone's life again, it's not only the Daddies that are home.

So is the hilarity!

Even more pressing than the question why would I write that? is the question why would I watch this? The answer is two-fold, my sexy friend: one, I'm a moron and two,  my son has been desperate to see the second one (damn that ubiquitous trailer), so I wanted to take a look beforehand. Um, that's a negative, Ghost Rider. So consider seeing this flick a bad decision/good parenting.


Hey look, it's the Yays and Boos. They seem kind of early, no? Eh, no matter. One's wearing a Christmas sweater and the other's wearing a leather jacket. Oh my God, that's hilarious. It's like, they're direct opposites of each other,...but they end up working well together. Like, one of them makes the bed, while the other steals the covers. 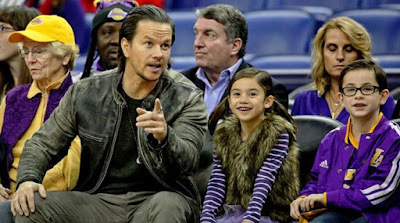 Clearly, I have (shockingly) smartened up and will not be seeing the next Daddy's Home flick in the theaters, if at all. There is essentially a 1% chance that I somehow find myself spending another ninety-minutes watching these two a-holes make PG-13 dick jokes in a 'family' film. This isn't the kind of movie you take your son to.

Email ThisBlogThis!Share to TwitterShare to FacebookShare to Pinterest
File this under A Bigger Dick Than Dirk Diggler