I expect better manners from you, Dick. 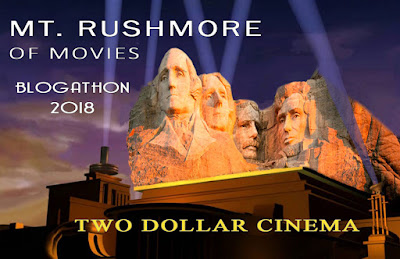 Four years ago, it was clutch neighbors. The kind that would help you in a pinch. It was ode to all the people that have supported Two Dollar Cinema over the years.

*spits out drink* Excuse me?

No, wait. Come back. Not those dicks, silly goose. Zoom out, for f--k's sake. The dicks I'm referring to are those people who seem to live their lives solely to ruin yours. You know, dicks that are total f--king assholes. You know the type. And depending on who you ask, I might be the type.

While the competition for biggest cinematic dick was rather stiff, I'm think I've narrowed this group down to four of the worst people to ever grace the silver screen. And as a bonus (/nod to last year), each selection not only represents being a dick in their own right, but each also represents a larger collective as well.

First of all, Malfoy, probably since the day was he born, simply looks like a dick. As a first year, he fully embraced the slicked back date-rapist haircut, and never really looked back. I don't know exactly when Eminem was huge at Hogwarts (is that GIF real?), but Lucius' son never outgrew his highly punchable face. Combine that patented sneer with heaps of pure-blood privilege, two douchey sidekicks, and some major wand envy for one Harold J. Potter, and Malfoy easily headlines the little kids that are big dicks boy band. Even worse, if you end up being a schoolmate of a prick like Malfoy, chances are he's going to making your life a f--king nightmare for all of your formative years.

But they don't carve up natural splendor for participation trophy dicks, right? Here are, in no particular order, the four biggest dicks ever. I can see that you're tired already, so why don't we take the elevator to the top. But, watch your step. We wouldn't want anyone sliding down the shaft.

1. Steve Stiffler (American Pie series, 1999 to 2012) You know that person you're friends with (or your husband's friends with...), but you're not sure why? That's Steve Stiffler. He's rude, possibly retarded, and always says the worst possible thing at the worst possible time. However, complicating everything, sometimes, his dickheadedness manages to work in your favor, so just when you thought you were officially done with that asshole, he momentarily redeems himself. And that, shocking no one, is a total dick move. Chisel in the Stiffmeister to represent all the cockblocking dicks of the world. See Also: Randal from Clerks, Trent in Swingers and Walter Sobchak in The Big Lebowski.

2. Gny. Sgt. Hartman (Full Metal Jacket, 1987) Despite having the shortest amount of screen time of all the dicks on the list, Gny. Sgt. Hartman cements his legacy by doing a lot with a little. Impossibly relentless, wickedly condescending, and unrelentingly confrontational, Hartman is a major f--king dick (possibly with a capital f--king M). He represents those guys that seem to relish in making your life a living Hell. A minute with this ornery bastard and you're not even sure who you'd want to kill more. Hartman...or yourself. Or, option C. All of the above. File Sgt. Hartman down as the alpha of all the hardass dicks in cinematic history. See Also: Alonzo Harris in Training Day, Fletcher in Whiplash, and that kid who wants his two dollars in Better Off Dead.

3. Percy Wetmore (The Green Mile, 1999) Ooh, boy...maybe the worst dick of all, is this sneaky little weasel dick might be well known as the others, but that's by design. Operating on the sly, some little shit like Percy, a true sadist, gets his kicks on the low. Working on Death Row, this pathetic wannabe gets to bully and harass people, who under any other circumstance, would kick the living shit out of him. Percy, in an institute full of murderers and rapists, ends up being the biggest monster of them all. And he does it in such a sneaky, cowardly way, you might find yourself cursing this f--ker out. Lucky for us, Wild Bill gets a small measure of revenge and makes this dick piss in his f--king pants. Yeah, Percy's gonna ending up paying the ultimate price, but not before locking down perhaps the center spot on the Mt. Rushmore of Dicks. Fine, there's not really a center spot. Thanks for pointing that out. Dick.


4. Jason Voorhees (Friday the 13th series, 1980 until the end of time) Possibly an unorthodox choice, from where I'm sitting, Jason is probably the biggest movie dick ever. You've just screwed a fellow camp counselor? He spears you through the back. Wake up from a late night romp in the woods? He smashes your sleeping bag against a tree. Oh, you look over your shoulder and you're a mile ahead of the lumbering prick? Nope. You're gonna trip and he'll be murdering your face in less than a second. And even worse, he's not even going to say something clever to remember him by like Freddy or Chucky would. He's just going to kill you as brutally and silently as possible...like a total f--king dick. Mr. Voorhees? He represents all the dicks that want to impale you. Literally. See Also: Patrick Bateman in American Psycho, Jack Torrance in The Shining.

Thank you very much for the being the opposite of a dick, and stopping by Two Dollar Cinema. Make sure to come back tomorrow, as I'll post links to all the awesome blogs that participated in this absurd blogathon. Maybe those posts won't have so many dicks in them.

Or maybe they'll have more?

Email ThisBlogThis!Share to TwitterShare to FacebookShare to Pinterest
File this under Does this look infected?