Lucky for you, I don't have any standards.

My 11th grade teacher grade English teacher was a dude named David Clarke. Mr. Clarke was amazing, honestly probably 27% of the reason I'm a teacher is because of him (I owe him a stiff punch in the balls, it would seem). Anyway, he ruled, and as a recent USC film student and graduate, he loved talking about movies, er, cinema.

One of his assignments was to keep a journal, and being that he actually read our stuff (I don't read my student's journals...because...*shudder*), I always wrote about movies, either random thoughts or something resembling a review, and usually in the order I saw them. (oddly enough, that's pretty much the same thing I do here...two and a half decades later). Anyhow, I remember these two 'reviews' verbatim:

Bridges of Madison County (PG-13): Maybe it's because of my age and sex (15, male), but this one probably one of the worst movies I have ever seen.

Mortal Kombat (PG-13): Maybe it's because of my age and sex (15, male) but this one was probably one of the best movies I have ever seen. 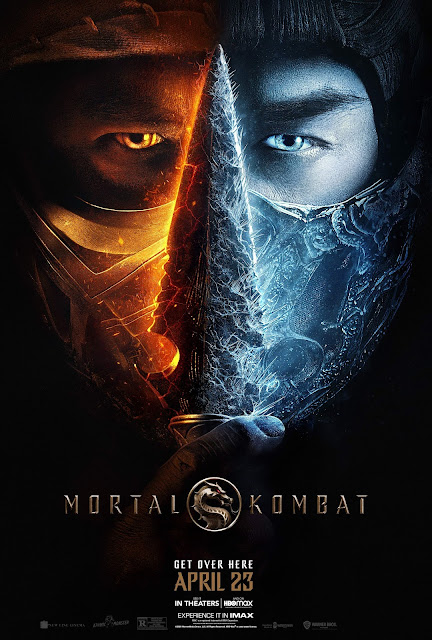 You'd think I might have changed in 26 years wandering this planet, but you'd be wrong. Maybe it's because of my age and sex (41, male) [or an undiagnosed head injury], but I was stoked as Hell when the new Mortal Kombat debuted on HBO Max, even it was potentially an exercise in futility.

See, updating the characters (and violence) is one thing, but could anything remotely improve on that guy screeching MORTAL KKKKKKKKKOMBATTTTTTT over some techno jams? Is it even possible that the reboot could live up to the hype?

Or, and maybe even more pressing, does it even f--king matter?

If you've played any of the Mortal Kombat games - you're more than up to speed (and can gladly ignore 98% of what Sonya says). But if you haven't, um, weird, and uh...here's what you need (seems like the wrong word) to know...

For control of the world/universe/scary forest place, a secret fighting tournament is held...secretly?...over an undisclosed amount of time. Earthrealm sends its best warriors, cattle-branded with a rad dragon logo...against human-ish monsters from the Netherrealm, which, as far as I can gather, is basically straight-up Hell. Or at the very least, the Lava Level in every game ever. Got it? Really? Because I'm pretty sure I don't...

Okay, that description pretty much sucks, but this movie doesn't, at least, not if you compare it to every other movie based on a goddamned video game. It's fairly violent, super dumb and somewhat fun...which is, uh, exactly what I had hoped for. Though I don't think anyone unnecessarily shouted Mortal Kombatttttt!!!, outside of my questioning wife ) when I informed why I would not be coming to bed this evening), it still was a good f--king time (as opposed to a good time f--king?)

What also no one came for, are the Yays and Boos. Reading them might test your might, even if you don't FINISH THEM. Sigh...sorry. 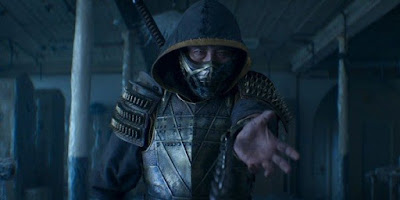 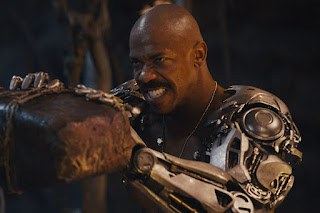 Boooooooooo!
I bet if Mr. Clarke somehow stumbled upon this blog, he'd be nothing but disappointed. Not only am I essentially the sad, teenage boy version of permaHulk, but even more damning...is my writing hasn't really matured all that much either. He'd probably ask me what the f--k have I been doing exactly in the last twenty-five years, and the only thing I could tell him? Consistently anyway...
Playing Mortal Kombat. Watching shitty movies.
And sometimes, when I'm lucky...
both.
Posted by m.brown at 12:30 PM

Email ThisBlogThis!Share to TwitterShare to FacebookShare to Pinterest
File this under Toasty!