If I don't get this back...your ass is terminated. 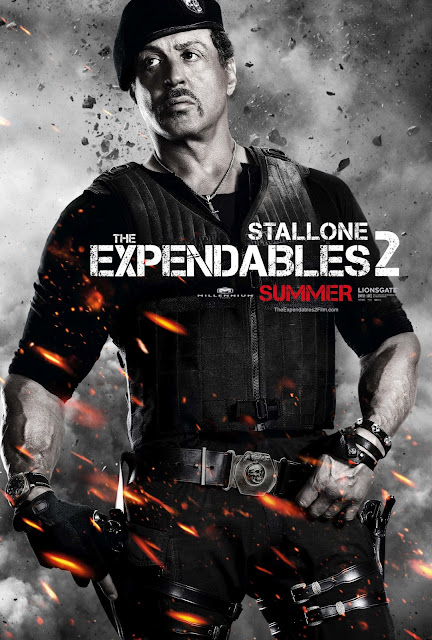 Very rarely do I appreciate that I'm in my thirties. But looking around at things now, as old bastards generally do, I think thank God I'm not growing up in this mess. Now, that relief is quickly tempered when my now (as of two days ago) three-year old son streaks into the room, but it often lingers under the surface. I turn on the radio and it's what is this shit? I look at the way my students dress and I think someone would have rightfully kicked my ass if I had gone to school dressed like that. Don't even get me started on television. At least half of all shows are rich or stupid people, or stupid rich people, doing jackshit for an hour. People live like this? And we watch them? But the one thing that probably saddens me more than anything? It's something very dear to my childhood and teenage years. The lack of the hero. Well, the Action Hero.

Now, don't get me wrong. There have been some kickass action flicks in the last couple of years, but nothing has come close to the way things used to be. If you're a teenager now, and not into old-school action flicks, who's your biggest star? The Rock? Badass, but too many family films, thereby squandering his prime years. Vin Diesel? Had a chance, but it didn't work out. Who else is there? Shit, is it Matt Damon? Johnny Depp? Christian Bale? No, probably not any of those three. It's likely Jason Statham, who is genuinely a charismatic screen presence, but I'm not sure he's been in anything with enough mass popularity.

My point? The best Action Heroes, were from my youth. They always have been, and likely, always will be.

The Expendables 2 is yet another reminder of, depending on your tastes, the good ol' days. Now, the movie itself isn't great, but you can't deny the magic of seeing all these iconic ass kickers together on screen. Cheesy one liners, droves of guys running into bullet spray and an overwhelming on-screen awareness of each guy's historical significance make for a good time at the movies. 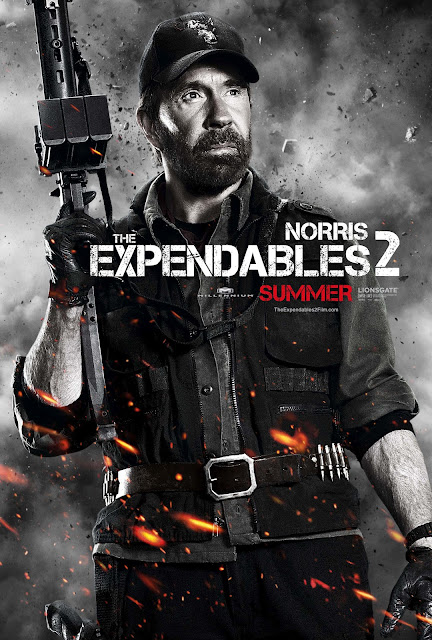 Honestly, I was a bit disappointed with the first one. It had it's moments, sure, but it seemed light on the action. Also, I was foolishly expecting a level of Rambo-esque violence that wasn't to be found. This time though, I was just as happy with the downtime as I was when they were blowing shit up. Maybe my expectations were lowered due to the first one, or maybe the second one was simply better - I'm not sure. I think more Arnold had something to do with it. And f--king Chuck Norris, too.

Jeez, I'm almost at Chuck's junk and I haven't even really touched on the movie. Well, I guess there's not a better place to start, huh? The plot, as I recall, centers on the acquisition of some important device that is among the wreckage of a downed airplane. Bruce Willis' character, Church, calls in a debt to Sly and crew, that they must bring some lady to the site to free this damn thing. Shockingly, things don't go smoothly, and the ultra-scary looking bad guy shows up, with his douchey sidekick and group of friends who will all eventually die via the bullet. The story is serviceable, but let's be straight with each other. Who the f--k cares? 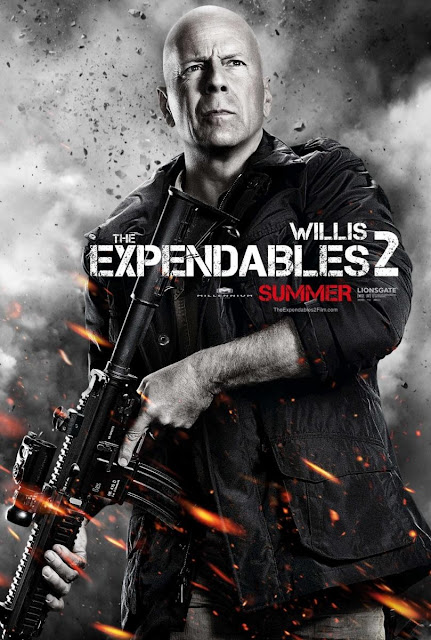 What you should care about, is the cast. And unless you bought a ticket to see heavy amounts of Jet Li, you're going to have a good time. Obviously, I love seeing The Big Three together, but everybody else has carved out nice little characters as well. I love Dolph Lundgren, even if he looks like a circus freak. Couture basically takes shit about his ear the whole time, but I smirked a few times, so all is good. Crews is one of my favorite people alive, as he makes me laugh just looking at him. I really dig Statham and Stallone's tough guy banter, even if it's essentially retarded. Hemsworth has the thankless role as f--king Billy, of all people, but he does just enough. But for me, the addition of JCVD and Chuck f--king Norris was the real treat. Van Damme, is equal parts the best and worst thing ever. And Norris? Oh my God, Norris basically shows up for two minutes, kicks a little ass, shakes hands, nods, and walks off set. He might as well have looked into the camera and taken a f--king bow. It was awesomely terrible, but I loved every second of it, naturally.

This is spiraling out of control. I'm going to round up those ol' gun-slinging bastards, they Yays and Boos. Although, they were pretty pissed about no Segal.


Yaaaaaaaaaaay!
Booooo!
The more I hang on to the past, the more I loathe the present, kind of like Clint Eastwood in Gran Torino. Speaking of, maybe Clint needs to sign up for The Expendables 3. He could even bring a chair and pretend Wesley Snipes is in it.
Posted by m.brown at 1:25 AM

Email ThisBlogThis!Share to TwitterShare to FacebookShare to Pinterest
File this under Grumpy Old Men