Well, to be honest, it feels like I've been running my whole life.

You know how they say you never forget your first time? Assuming they're talking about the first time you fell...asleep in a movie theater..., then it's true. Twenty-two years later, and I can still remember it like it was yesterday.

It was the theater above the karaoke bar in Kona, and Nik Gindler and I sat on the right-hand side, toward the middle. Even though I had never watched the show before, Nik had convinced me we should check out the X-Files movie. Cool, I'm in. And then I was out.

I don't know if it was the first, or tenth time that Scully had furrowed her brow while Mulder ran his hand through his hair, but at some point, I fell asleep. Not even the ol' heavy eyelids, malfunctioning neck combo of fighting the good fight. Nope. Asleep. Like, done. Good Night (Smoking Man in the) Moon. 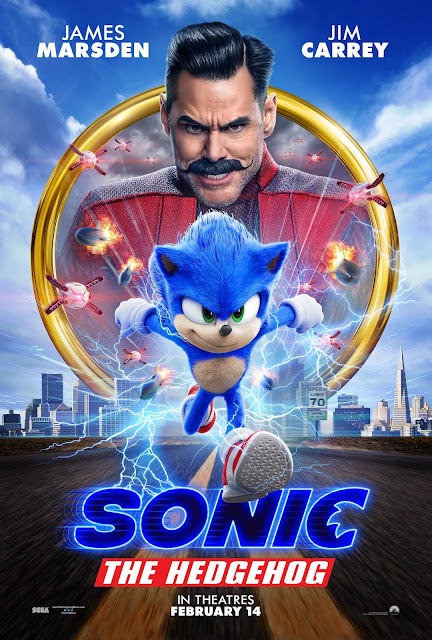 Speaking of things that happened in the nineties, I took the whole family to Sonic the Hedgehog a few weeks back, and I'm happy to report that I didn't fall asleep during the movie. Nope. For the first time in my life...

...I fell asleep during the previews.

The night before our opening-day show was parent conferences and being that teachers are all for doing things the hard way, we always opt for a twelve-hour day, followed by a three-hour one. Yeah, you get out early on that second day, but at what cost? *checks receipt*

Luckily for everyone/no one, my kids stayed awake, so they will once again be able to help out their old man. They've oddly become increasingly willing to do this, and typically fight over who gets to go first and such. It's super fun...well, not really, but at least they're working together. Somewhat.

Now, I didn't crash the whole time, so I'll be able to verify most of what they're saying, at least some of it. Assuming I don't fall asleep while they are talking to me.

Alright you two, what do you remember most about Sonic the Hedgehog? [both start talking] One at a time, you clowns.

Matthew: It was bad in the beginning, and I didn't want to watch it. Sonic looked way better in this version.
Violet: Um, well, I don't remember most of it, but I do remember the part where his mom or whatever, almost died?

Sonic's mom died? He had a mom?
Violet: The little owl lady.

Matthew: You remember that?

I totally forgot about that.

Matthew: He had two moms. Because in the beginning, he was a little boy, the first mom that was an owl, said that, um, he needs to watch where he's going because he has special powers and people will be hunting him down.

That really happened? There really was a mom?

Matthew: Yeah. She raised him. 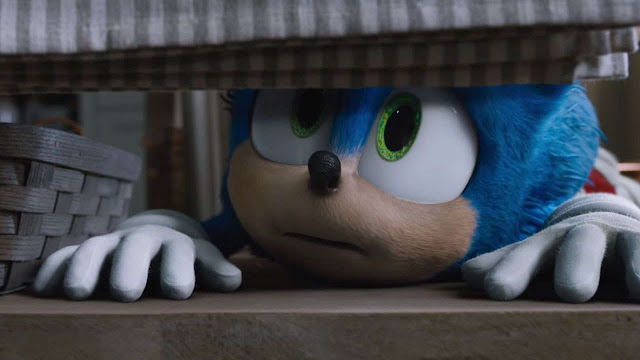 Did you know that I fell asleep during the move?
Violet: No, but I saw you kind of close your eyes. Well, it was because I was paying too much attention to the movie, I didn't see you sleeping.

Why do you think I was so tired?
Matthew: Because it was boring.
Violet: Um, probably because you stayed up too late?

What was the point of the movie? What was it about?
Violet: Can I go first? They wanted to show how unique Sonic was...
Matthew: Do you want the message, or what it was about? (typical fifth-grade clarifying question)

Matthew: I think the message was about always being willing to accept new people. Can I explain why? [sneezes] In the beginning he had his mom, his, like, guardian, and then she died and then she threw the ring in the portal and he got sent to Earth and then fast forward to the end of the movie, the guy, the main character, and his wife, accepted Sonic into their life. They accepted him and they were happy.

Violet: [bored her brother spoke for more than five uninterrupted second] What's the next question?

Do you remember the trailer before they changed Sonic?
Violet: Yeah. I know it had the same characters.

Matthew: He looks like a turtle. A dried up turtle.
Violet: Uh, he looked terrible. And kind of ugly. *whispers* Sorry, Sonic...

Sonic made a lot of money, so we're probably getting a sequel. Good news, or bad news?
Violet: Good news, because at the end of the movie they showed Tails.

You just ruined the end of the movie. [Violet shrugs]
Matthew: He fell off a bridge.

He did not fall off a bridge...
Matthew: I know, she just agrees with me whenever I say anything.

So you would go to the theater to see part 2?
Violet: Yes, I totally would. I would see it two days early, if I could.

Why do you want to see it early?

Matthew, if it takes two years until we get another one, you'll be almost thirteen. Still think you'd be interested in Sonic the Hedgehog?

What do you think you'll be interested in by then?
Matthew: [squirrely noises, while sitting like a jerk upside down in a chair] Getting a job, and getting good grades.

[Violet and I laugh at him]

Matthew: I won't even have a choice. You guys will go and I will have to go with you.

We could leave you at home, you'll be almost thirteen.

Matthew: Mom, will say 'no' and I'll have to go. [to his sister] Did you know that Caillou can get a rash from eating green beans?

Violet: I don't think that's a good part of the movie review.


Well, hold on a second, Violet. On your dad's website? Or what's left of it? Making a random and thoroughly non-nonsensical comment about something no one cares about in order to get a laugh from someone with the mind of a six year-old - you're right. It's not a good part of a movie review.

Email ThisBlogThis!Share to TwitterShare to FacebookShare to Pinterest
File this under Sonic Boom (or Bust?)