Slam your doors in Golden Silence!

Well, I decided to end the year with quite possibly the most baffling movie I've ever seen, 1967's Play Time. I do consider myself basically obsessed with film, but this might've been more than I was looking for. I had read a glowing review of the striking imagery and overall cleverness of director Jacques Tati's "film." I thought I had to check it out. I don't think I would've made it alone, so I brought along/dragged my sister (the consummate team player) into it with me. 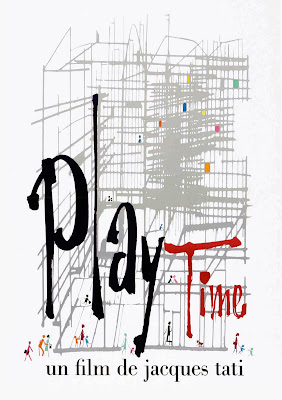 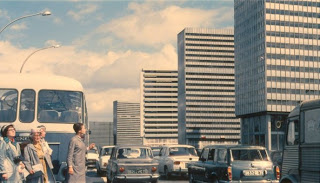 Since I'm typing this as my wife and in-laws are celebrating New Years (I'm stuffed and taking a breather), I'm going to keep the final entry of 2011 as brief as possible. I will say that I was really into the first twenty minutes and then....Well, then, things took a turn to the artistic. And by artistic, I mean mind-boggling Frenchiness.

Since there aren't any characters (let's be honest), no real story to follow or any important dialogue, let's just break down the decades-old French madness into bite-sized Truffles, oui?

Email ThisBlogThis!Share to TwitterShare to FacebookShare to Pinterest
File this under Nap Time