What's the dress code for the end of the world?

I had a plan. My sister and I were going to double-feature it tonight. First up, was The Darkest Hour. We had both heard that it wasn't any good, but it was the only movie we could make and then see something else (presumably, a good movie). On our way out the door, my wife asked me what time we would be back. When I told her in four hours she made that face. The one where her mouth says it's okay, but everything else on her face says bullshit it is.

Speaking of bullshit, that's exactly what this movie is. I think my sister nailed it in our post-movie wrap up. She felt like this entire movie exists because someone thought up a handful of clever scenes (her actual number was three, but we could only come up with one). If you've seen the trailer, trust me, you're good. You have seen everything in the ballpark of interesting. Yes, a dog gets attacked. Why I found that intriguing baffles me. Now, I just find it infuriating.

You know what? I'm done. I'm going to punch it in the face for a few minutes and then I'm going to bed. How about a top ten list? Perhaps a baker's dozen? 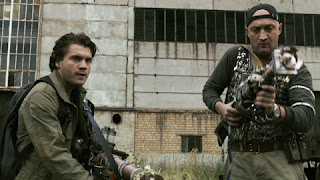 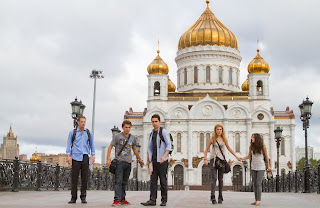 Email ThisBlogThis!Share to TwitterShare to FacebookShare to Pinterest
File this under I Still Love You Speed Racer