It's a gigantic pain in the ass...but it has its moments.

My son is really into just about everything right now. It seems like he has skipped beyond toddler stuff and become a full-on boy, running in circles, jumping off _____________ and even occasionally lightsabering our dog, Dodger. I bought him the lightsaber, so yeah, my bad on that one. Another mistake I made was securing a copy of Men in Black for him on blu ray, which came with a free pass to Men in Black III. 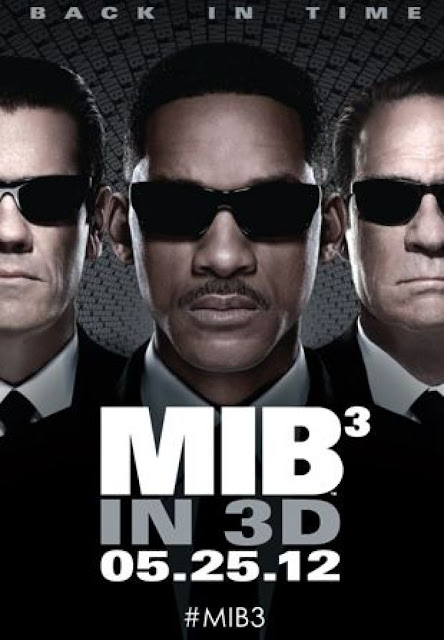 Now, I haven't shown him the original, but judging by the third one, these films are too violent and have waaay too much cursing (Tommy Lee Jones actually calls someone a piece of shit) for someone as young as my kid. I know, I feel like a real a-hole for coming at the Men in Black films for being too hardcore. In fact, I remember not liking the first flick (and hating the shit out of the second) for being too family friendly. But, dear friends, I was a seventeen year old d-bag in 1997. Now, I'm a thirty two year old father of one. Or rather, a different kind of d-bag. Times change.

What hasn't changed (at all) is Will Smith. This likeable bastard might be an alien as I don't think he's aged a day since 1997. Now, I'm not the biggest Smith fan, but I definitely don't hate the guy like some of you. In fact, I think his performance in I Am Legend was incredible. Now, my knock against Smith is he doesn't seem to mix it up enough. Way too many sequels (if imdb is even remotely trustworthy, we've got more Bad Boys, I, Robot and Hancock on the way) for the Prince of Freshness.


Speaking of too many sequels, I think we're all set with the Men in Black franchise. Men in Black III isn't terrible, but it certainly isn't necessary. The true highlight of the flick was not the aliens, gadgetry or even the legendary Bagger Vance. No, for me, it was the eldest Goonie, Mr. Josh Brolin. His performance as Young Agent K was fantastic. He almost single-handedly made this flick really good. Almost.

Well, I suppose we ought to jump off a tall building headfirst into the Yays and Boos, yeah-I'll-pretty-much-see-anything style. 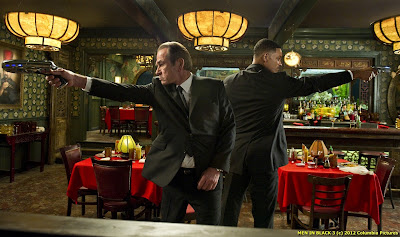 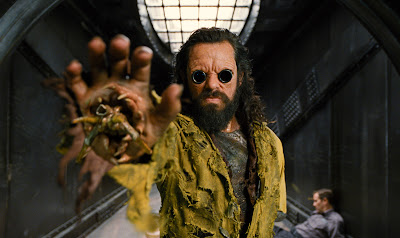 Boooo!
If you're 9, have a son that's 9, or impressively, both - go see this. Otherwise, save your money and see Prometheus twice. Those aliens might elicit a justified curse word or two.
Posted by m.brown at 11:51 PM

Email ThisBlogThis!Share to TwitterShare to FacebookShare to Pinterest
File this under It was either this or Battleship