Well, it's just that I'm sick and tired of being a one-of-a-kind freak, that's all.

Lightning McQueen? Dead. Shrek, too. Oh, and scattered in the distance, are the shriveled bodies of Alvin, Simon and Theodore. The list of deceased fictional characters grows weekly around my house. The killer? Here's a shocker: Kermit the Frog. Ever since we showed my son The Muppets [review], he has been clamoring for all things Muppets. After watching the latest flick for what feels like the 900th time, my wife and son broke me down and demanded that we watch 1999's Muppets from Space. I had been holding out, as I wanted to watch it before my son did. 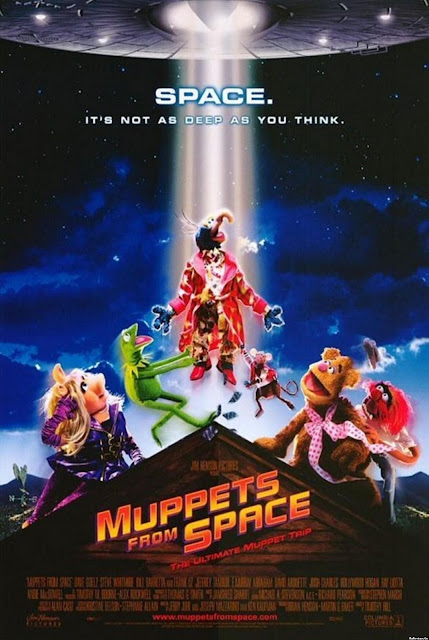 No, that's not good parental instincts taking over and pre-screening a film for objectionable material. Not at all. That's simply me being a selfish a-hole, and wanting to watch a movie that I'd never seen in peace and quiet. Shameful, right? Yeah, pretty much.

That said, we all sat down and watched this as a family. Let me tell you, Little Man is getting much better at watching movies. That may not seem like an admirable trait, but as a teacher, you'd be surprised at how many kids can't watch a movie. Seriously. Turns out that's a skill.

Speaking of useless skills, this flick came out during my sophomore year of college. Ugh. I only mention this because I recall some horrible let's-be-ironic-jerkoffs-and-go-see-The-Muppets conversation that thankfully never amounted to anything. Not to say the movie wasn't good, I'm just glad that's one less time I wasn't co-captain of Group of College Pricks. 'Cause now that I have a son and am in my thirties, I hate those f--kers. 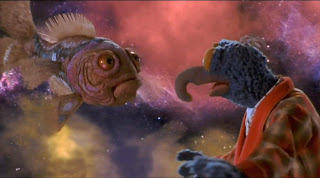 Anyway, this movie is a real good time. Sure, it's a bit dated (sad that 1999 seems ancient), but it's overflowing with Muppet goodness. If you don't like Jim Henson's gang, this isn't going to sway you. Also, you're a rotten individual, so just find a bridge and jump off it. Regardless, the story is timeless and the characters so loveable you can't help but pretty much smile through the whole thing. I was even caught off guard and laughed out loud a few times. There are some really good gags (the retinal scanner bit almost made me pee myself). If you've never seen it, I say give it a spin. It's not as entertaining as the latest Muppet flick, but it's good to see the gang again. For most of you, it'll probably remind you of grade school or something. Oooh...you're so young and cool. You should go buy some Facebook stock. Oh, wait. You probably don't have a job.

Whoa. This has spiraled out of control. I apologize. Bring it in. Come on. Closer. Clo-ser. Let's hug it out. While were at, let's break this one down, too. Here are the Yays and Boos (and Mattys), misguided-hostility style. 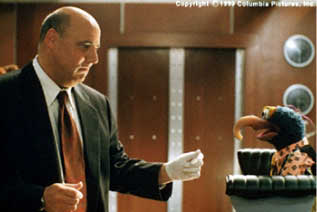 Yaaaaaay!
Boooooo!
Matty's
(these were screeched by my son during the movie)
Wow. This was entirely too long. Sorry about that. I'll be back later with the exact opposite of this movie.
Posted by m.brown at 5:31 PM